Do we speak the unspeakable? Bear witness to the unbearable? Do we watch The Painted Bird?

Since it made its debut last year at the Venice Film Festival, Czech filmmaker Vàclav Marhoul’s adaptation of Jerzy Kosiński’s controversial 1965 World War II novel has been tagged as one of the more harrowing accounts of man’s capacity for extreme cruelty ever filmed, and not unfairly so. Those who managed to make it through one of its three screenings at last September’s Toronto Film Festival—reportedly 40 people walked out of at least one of them—were not only scarred by the brutality depicted on screen but also questioning the value of having watched it.

Now finally available for streaming, the nearly three-hour film tells in episodic fashion the horrifying journey of a young boy (played by Petr Kotlár with a palpable loneliness that hardens into a steely remove) across an Eastern European countryside that has been transformed by the machinery of war and the ubiquity of evil into a Hieronymus Bosch-like hellscape.

To put the barbarism and inhumanity he both witnesses and endures into perspective, the film begins with the boy running through the woods with a pet possum while being chased by a gang of marauders who attack him and set the animal on fire; outside of the child being given an occasional crust of bread or bowl of cabbage soup, this may be the least-worst thing that happens to him over the course of the movie.

SEE ALSO: Michaela Coel Knows All About the Daily Act of Forgiving Yourself

The aunt that he is staying with in a vain attempt to hide away from both the Russian Cossacks and the German SS tells him the attack was his own fault for going out alone. Then, a few scenes later, she dies suddenly and is herself engulfed in flames.

From there, the boy wanders without aim from one unthinkable situation to the next. A medicine woman buries him up to his neck while crows peck at his face. A man casually sets aside his newspaper to beat him with a pointed stick because he believes the boy is Jewish.

A villager played by Julian Sands tortures and rapes him, one of several examples of sexual violence in the film. By the time the boy has been thrown into a pit of manure, he has given up speaking altogether. (The primary language in the film is what the production calls Slavic Esperanto, which Marhoul used for the film so as to not have one particular country be blamed for the depicted atrocities.)

All of this unvarnished evil is depicted with haunting beauty and uncompromising artistry. Shot in 35mm black-and-white by master Czech cinematographer Vladimír Smutný, every shot is breathtaking to behold.

There are set pieces—Jews escaping trains bound for concentration camps only to be gunned down in a field, a horseback raid by Russian soldiers that leaves most every person in a village dead—that are as brilliantly conceived and mounted as any action sequences I have seen in the past several years. But they are not the kind of action we should ever be comfortable witnessing: the victims of the violence are not fellow combatants and many of the casualties are children and even infants.

The child hero is no Huck Finn, with some untapped reservoir of pluck, cunning and kindness to help him persevere. He becomes corrupted by his experiences and commits vile acts himself. His hero’s journey, if he has one, is backward into darkness.

Similarly, while the film is breathtakingly cinematic, the scenes don’t build on each other towards an emotional catharsis the way they would in other movies. They are beautifully polished, stacked building blocks of inhumanity and evil, each worse than the next. If the images themselves were not so stunningly beautiful, they would be impossible to withstand, which leaves the viewer in an impossible moral quandary of being seduced by cinema to bear witness to starkly monochrome degeneracy.

So again: why bother? Why put yourself through it?

In her landmark study Trauma and Recovery, Dr. Judith Herman wrote “to study psychological trauma is to become face-to-face with both human vulnerability in the natural world and with the capacity for evil in humans.” She argues that to even consider and discuss in public such acts of depravity and their impact on the human psyche is an act of political defiance.

Watching The Painted Bird and confronting its horrors in the midst of the age of anxiety and upheaval that we currently reside in feels similarly like an act of resistance. It’s a resistance against complacency, forgetting, and the moral relativism that has surrounded our national discourse. Further more, it is resistance to our own fragility, and the idea that we “just can’t handle it right now.”

Marhoul’s film, which won ten Czech Lion Awards, makes a powerful argument that we not only can we handle it, but that we must. Evil is real and immutable. If we act like bystanders—if we pretend that by refusing to look, it isn’t there—that evil will engulf us. 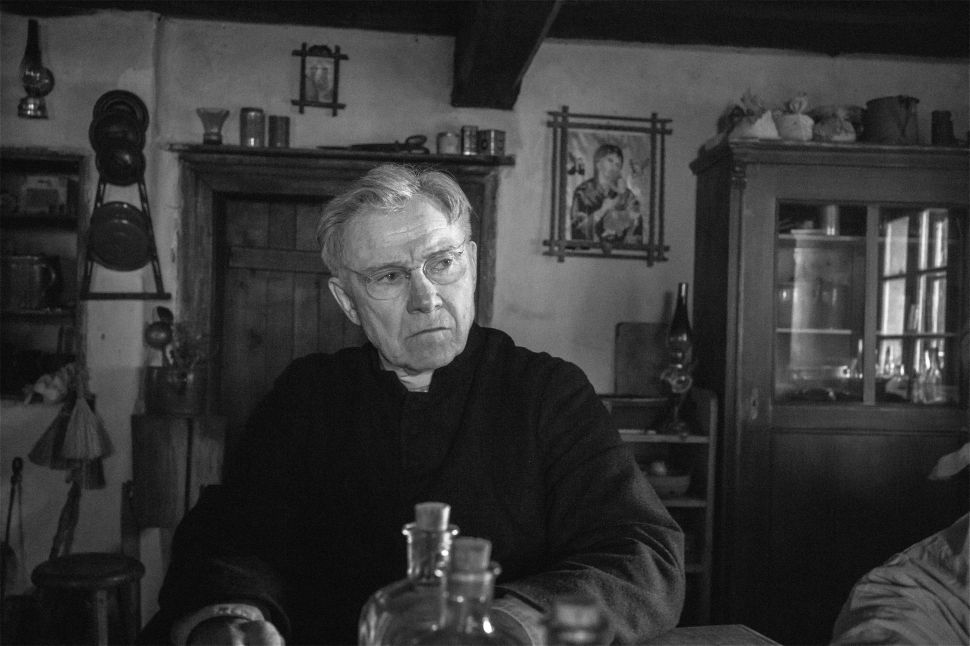