For those craving theater during the pandemic, even watching Hamilton on Disney+ may feel like an odd if not exuberant substitute for the truer experience of a live performance. Theaters across the country have also dipped their toes into the streaming sphere by creating podcasts with recorded plays for hungry audiences to enjoy while safely social distancing at home. But for The Parsnip Ship, the audio drama is not some ersatz experience; instead, it’s an accessible and pure artform unto itself, one that began a life years before COVID-19 and plans to stick around long afterward.

Podcasts are certainly trendy, and their use for theater, as NPR reported, seems ignited during this live performance-less time. Nonetheless, Iyvon Edebiri, host and artistic director of The Parsnip Ship, saw potential in this medium as a way to not only tailor the experience of playgoing (and play-hearing) but also use it to open up opportunities and increase access.

SEE ALSO: With a Zoom Meeting, a Magician and a Mystery Box, the Geffen Brings Back Live Theater

“It started as a passion project; my business partner and I said we want to hear radio plays and bring back that format,” Edebiri said. She soon considered that if this podcast was going to become a reality, then the question became, “who am I going to support? I didn’t want to support the white American theater, so my focus then became how can I support people of color, playwrights of color? How can I support queer playwrights, female playwrights who are not produced on the American stage but definitely should be?”

Since its launch in the spring of 2015, The Parsnip Ship has produced five seasons of new work and 42 episodes, each as unique as the writers behind them. The artists featured in the podcast’s growing roster include Billions’ Daniel K. Isaac, Oscar nominee Jose Rivera and Tony winner Tonya Pinkins. But while starry names certainly decorate The Parsnip Ship’s many episodes, the podcast is also used as a leverage for new writers.

“We feature plays by emerging and underrepresented and underproduced writers,” Edebiri shared. These works were (in pre-COVID times) presented for free in front of a live audience on a monthly basis, but the evening promised more than just a single reading of a play. “We curate, along with audio theater, an evening with musicians to go along with the vibe of the play, and we finish with a playwright Q&A.”

For the past two years, The Parsnip Ship has mostly performed, hosted, and recorded its plays at the Mark O’Donnell Theater at the Actors Fund Arts Center in downtown Brooklyn, a space that was the beneficial byproduct of a connection to Edebiri’s peer who was seeking more programmatic use in that theater. “We are so grateful and thankful for that space because they have been nothing but kind and warm and gracious,” Edebiri said of the Mark O’Donnell Theater, whose green room also plays host to The Parsnip Ship’s new writers group where emerging artists build radio plays and discuss “the relationship between text and sound,” Edebiri said.

This relationship is nothing new, but the last thing The Parsnip Ship wants is for live audiences and at-home listeners to associate the form with old norms. “Although radio and audio dramas have such a strong background in the US and the UK specifically, it is important to branch out of those paradigms,” Edebiri said. “I find that some people think they can’t access audio plays because they were written by old British guys. Try and do your research, and have fun doing your research: there are comedic audio plays there are horror ones; there are ones without love, there are ones about queer love. And we’re not there yet because it is still so white, male-dominated, so it’s important for people to see how we can support the stories of BIPOC artists and women and queer folks.”

This paradigm shift of whose stories get told—and how, in this digital realm—is at the core of the podcast’s mission. It’s also something Edebiri hopes newcomers to the field take into account when the world returns to some kind of normalcy.

With theaters now closed, Edebiri feels institutions “can’t do all of this [podcast work] as a way of self-preservation, and when we come back and can gather you take it away. It has to be an investment,” she said. “People are like, ‘Radio plays? That’s not real theater.’ But now it has to be, so now foundations and grants actually have to put money into artist development in the digital space—and that needs to be sustained post-COVID.”

Beyond The Parsnip Ship’s work in uplifting fresh writers, it also creates art for multiple streaming apps, breaking down the economic and geographic barriers for enjoying theater. “It is one of the most accessible forms—we have fans in India, fans in Hong Kong whom I’ve never met, but they say, ‘I love it,’” Edebiri said. Currently they’re streaming live broadcasts weekly through Facebook LIVE.

“I got an email from someone who was in the UAE, in Dubai, and they were telling me how much they love Parsnip and the queer plays we have,” she shared. “With brick and mortar theater, that is hard to do; you can’t take it all around the world, that’s expensive. This is free and accessible, and changing lives.” 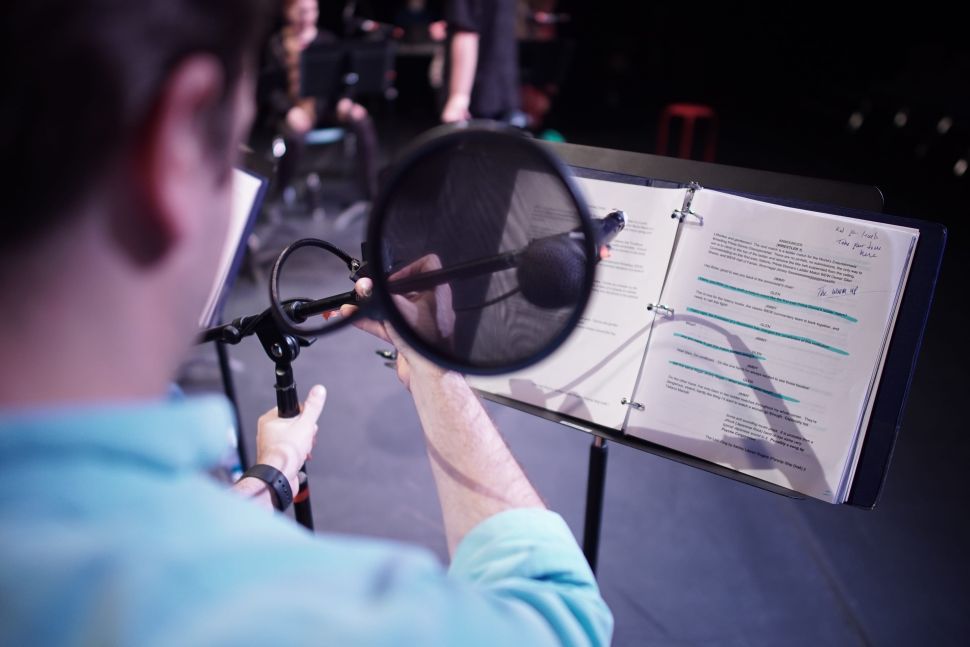