The Beach House, The Lodge and now The Rental—we now have officially reached the timeshare-I-wish-I-hadn’t-signed-up-for apex of vacation house horror thrillers.

This one is the first film directed by actor Dave Franco, who co-wrote the script with micro budget maestro Joe Swanberg, who also produced. (Swanberg served in a similar mentor capacity for New Girl actor Jake Johnson with 2017’s Win it All, which Swanberg directed and co-wrote with Johnson, who also starred.) This time the terror is meant to come from two fronts: the lies we tell each other and ourselves, and the ability of technology to pry into the most intimate corners of our lives—especially when we live them in short-term rentals.

Neither idea is developed with enough depth or originality to land with anything resembling force or intensity. Instead what you get is a tweener: a film that is part infidelity drama and part slasher film while never fully committing to either idea.

SEE ALSO: Should You Watch Hulu’s Short Film ‘Thirsty’? Yes, Yes You Should

None of this would be much of a concern were this well-appointed establishment not filled up with more cameras than the Big Brother house, including one in the head of a shower where some late-night cheating occurred. Who is the techno peeping tom? Is it Taylor (Halt and Catch Fire‘s Toby Huss), the property’s openly racist caretaker?

It turns out to be some unnamed guy who creeps around in the fog in what looks like a deluxe version of the old Tor Johnson fight mask. We never learn his name, or why he has invested a small fortune in technology so he can watch strangers use the facilities and make quesadillas on weekends, but we do get to hear his heavy breathing when we hang out with him in the bushes, stalker-cam style.

Meanwhile, the talented cast is left gasping for air.

There is not much to these characters or their relationships. Despite being brothers, the bond shared between Josh and Charlie is no more substantial than the film’s paper-thin plotting.

None of the dialogue pops with the improvisational inventiveness for which the Swanberg factory is known, nor does it feel structured or fussed over in the manner of a formally scripted film. Instead, it suffers from the same foggy, neither-this-nor-that quality that looms over nearly every aspect of the film.

Had the writing been deft enough to properly germinate them, there are seeds of ideas about the toxicity of aspirational real estate and those that indifferently own it that could have possibly have flowered into something worth exploring. “We are hoping to one day get a second home we never use,” says Charlie in one of the film’s very few memorable lines.

Instead this potentiality is trampled under the heavy footfalls of a last half hour that features a run-of-the-mill guy in the woods killing people. Whoever this dude is (the filmmakers don’t give a damn, so why should we?), he doesn’t have even half of the charisma of a Jason Voorhees or a Michael Myers, which really isn’t saying much.

By the time it’s over, the film feels less like a fully developed and realized idea for a movie than it does a lengthy complaint letter lodged at Airbnb by Franco and Swanberg after the company’s notoriously lax customer service department ignored their calls for restitution following a botched reservation. You’re not going to refund our 175$? Well, I’m going to make a movie to show how creepy this outfit truly is! 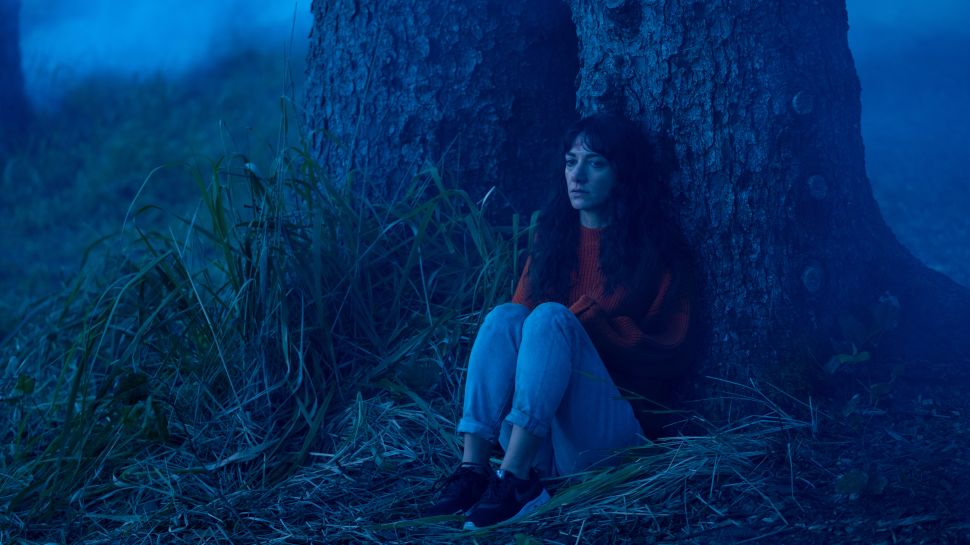