Like so many other perpetually exhausted members of the media, I am a full-blown Twitter addict, the kind of idiot who wakes up and immediately opens the app as if hooking into an IV from one of those scammy celebrity concierge services that promise the day’s nutrients but really just pump you full of Pedialyte and whatever serum Goop is recommending that week.

After the hack last Wednesday that briefly turned the world’s most influential public figures into unwitting bitcoin scam hawkers, nearly all verified accounts were briefly locked out while Twitter investigated and re-secured its internal controls. Most “blue checkmark” users were back to reading and tweeting by the next morning, but some have been made to wait as the company’s support team responds to a backlog of support tickets. Until yesterday afternoon, I was unable to access my main account and for all that’s happening in the world—or maybe because of it—the four-day lockout was one of the most bizarrely instructional experiences I’ve had over the last few months.

To work in the modern media is to be obsessed with checking in for breaking news and developments, and while there was a time not so long ago that we could truthfully reassure ourselves that we wouldn’t miss out on much if we took an afternoon away, the last five years have obliterated any hope of respite. President Trump is liable to tweet something unhinged at any moment, and when he’s not rage-typing grievances, either some government agency or private corporation is usually launching some assault on decency or basic freedoms. Twitter has become my go-to first source for news and context, and I’ve become accustomed to seeing new catastrophes or absurdities pop up with such frequency that it feels as if every reload of the app will produce something new and chaotic. During the COVID-19 pandemic and police state crackdown, this has been even more the case; I’ve been privileged to be safe and healthy, but living in New York, I’ve kept up with news and joined protests, necessitating the updates.

As a result, I wind up refreshing my timeline or reopening the app as a matter of habit, almost as if it’s a tic I can’t control or even a biological function essential to my continued existence. But on Wednesday evening, when it seemed that just about every verified account was still locked out, I was able to quickly recognize that I was unlikely to miss out on much news, shitposting or dunking on weak takes from bad-faith writers and pundits. Surprisingly, it wasn’t very difficult at all to turn off Tweetdeck — it was largely a scroll of people musing about not being locked — and get down to writing.

With my brain disconnected to the blinking chaos, Wednesday turned into one of the more productive nights of the week. In texts with friends, I described it as something akin to the Seinfeld episode in which George gives up sex and becomes a genius, which is much sadder than I realized when I said it — Costanza gained radical new insights and the ability to speak Portuguese, while I just finished my normal work without wasting three hours staring at the doom scroll.

By Thursday afternoon, however, things began to shift. I began to feel like a caffeine addict who had gone a day or two without coffee, shaky and beginning to worry about whether I’d get a fix before I collapsed in exhaustion. I couldn’t even look at my feed, and yet I found myself futilely reopening the Twitter app time and again, as my subconscious hadn’t yet adjusted to this new reality.

These pointless relaunches put in stark relief just how frequently I looked at Twitter—sometimes, I’d open the app before being presented with a useless password reset request, close it after filing yet another ticket with the company’s IT, and then less than a minute later, find myself mashing that blue bird icon, as if I’d reset my brain. My friend Emily was also locked out and we began checking in with one another to see if there’d been any word from the Twitter Support team, though it soon became perfunctory. Our friend Eric took pity and tried to tweet at the company on our behalf, but we came up empty there, too.

Yes, this was pathetic, and no, I deserve no sympathy. But still, Twitter, for better or worse, is now central to my life. Without the steady stream of news before me, I began checking individual websites, typing the URLs of national and regional newspapers as well as tech news sites into my browser like a dinosaur or your Uncle Gene who still has a Compaq desktop. At least a print newspaper comes right to your front door. I’ve prided myself on being on top of stories as soon as they were published, and now I feared becoming one of those people who don’t know about something until late-night TV shows riffed on it. Immediacy and awareness is part of my job and this lockout made it impossible—it began to feel like a blackout more than anything else.

It wasn’t just news, either. Twitter is sometimes referred to as a new digital watercooler, especially for the chattering classes of the media, but I’d say it’s more like a massive train station and convention center; think the nexus of 34th and 7th in Manhattan, if Penn Station wasn’t such a trash heap and Madison Square Garden was filled with breakout rooms instead of luxury suites. It’s where I communicate with many of my friends and former coworkers, even if that means just offering a fave to their latest article or gloriously stupid and quasi-nihilist joke. A few of my closest friends have a text chain that is often kicked off in the morning when one of us sends the dumbest and/or funniest tweet we’ve seen that morning.

I’ve also used Twitter increasingly to chat with publicists and other sources for stories, and was in fact in the middle of three different DM conversations when I got booted. I didn’t have their email addresses—yes, that’s my fault—and so the progress that I’d made largely stalled and wilted. Realistically, I was the only one bummed about that, but I’ll chalk that up to being part of the job, too.

We’re working with impacted account owners and will continue to do so over the next several days. We are continuing to assess whether non-public data related to these accounts was compromised, and will provide updates if we determine that occurred.

There were some positive outcomes of my four-day journey into the wilderness. My wife and I went upstate to (responsibly and safely) see some family, and there was not one moment while making the three-hour drive that I felt any urge to peek at my phone and put us in even nominal danger. My terrible habit of staring at my phone during any sort of family gathering was far less pronounced, too, though my inability to log-in soon became a topic of conversation itself.

By Saturday night, I’d grown frustrated enough that I reached out to Twitter’s comms team, figuring that my job covering the company made it reasonable enough to do so. By Sunday afternoon, my access was restored, which brought great relief followed by familiar disappointment and belated realizations by Sunday evening.

As important as it is to produce good work, regular employment in a devastated modern media relies even more on Twitter influence and regular reach. The importance of retweets and follower count is amplified, and a lack of response to the stories you put out can feel like an immediate punch to the gut, and worse, an outright rejection.

I love reading good writing and don’t mind the pangs of jealousy I feel when enjoying the work of better writers, because ultimately, that motivates me. Seeing tweets with regurgitated news headlines go viral, however, makes me feel like I’m doing something wrong; observing off-hand analysis more trenchant than anything I could tweet with hours of prep time leaves me feeling woefully inadequate. The most retweeted journalists and writers are often the most accomplished, so you’re constantly having the success of others flash in front of your eyes in a very unique way. Websites and newspapers have bylines, but rarely is the author’s face right beside them, smiling or mugging for the camera.

The internet itself is an instant feedback machine, but at least if a published story flops, you can blame it on any number of factors out of your control. On Twitter, you get what feels like a real-time assessment of the value of your work and, more to the point, your personality. Retweets provide a dopamine hit, but it’s a short-lived boost that you’re left forever chasing, especially if you don’t have enough followers to guarantee regular hits. It becomes very easy to wallow in this and waste time

None of this is the fault of Twitter itself; other than its Sisyphean struggle to deal with all the Nazis, conspiracy theorists and sexists haunting the platform, it delivers exactly what it promises. Twitter is remarkably useful, both as a tool for work and communication. My time without the app just made me further recognize my own bugs and security flaws. 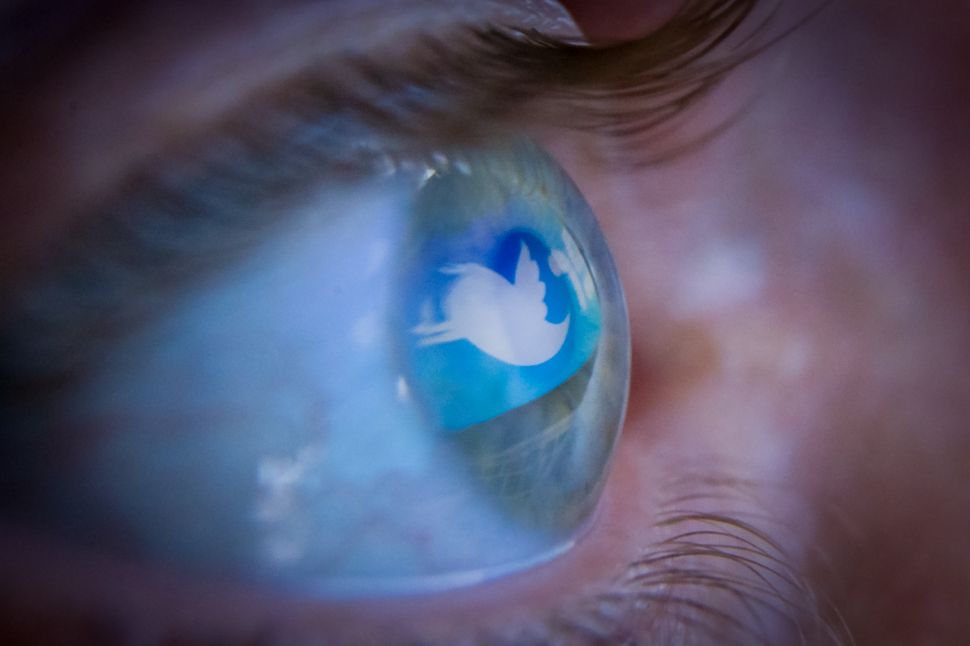