Nearly 18 months after The Umbrella Academy first premiered on Netflix, Season 2 has finally arrived. The good news is that it’s really good (read our review). The bad news, if you can even call it that, is that the time travel shenanigans of our lovable band of superpowered mopers can be a bit confusing at times. In an attempt to smooth over any confusion that may arise, here is our simplified understanding of the major moments on The Umbrella Academy timeline.

Warning: Spoilers follow for Season 2 of The Umbrella Academy.

Some Undefined Point in the Past: Sir Reginald Hargreeves escapes his dying planet for Earth.

1989: Forty-three women simultaneously give birth despite showing no signs or pregnancy prior to each birth. Hargreeves adopts seven of them to raise as a superhero team. On that same day, Harold Jenkins is born from a normal pregnancy although his mother dies in child birth. His is raised by his abusive father.

1996: Hargreeves rejects Harold Jenkins, who believes he was meant to be a part of the Umbrella Academy. Just a few short years later, Jenkins will kill his father and spend 12 years in prison.

2002: A 13-year-old Five, while attempting to push the boundaries of his abilities, disappears into the future unbeknownst to his family, who are unaware of his whereabouts for 16 years.

2011: Hargreeves sends Luther on a mission that goes wrong. To save his life, he injects Luther with a serum that also transforms his body into that of an ape.

2019: Hargreaves dies, reuniting his children for his funeral. Five returns from the future, where he spent 30 years alone in a post-apocalyptic wasteland. Despite being 58, he returns to the present in his 13-year-old body. He warns his siblings that the apocalypse will end all life on Earth in eight days.

2019: After he and Luther fail to rally his siblings to work together to avoid the apocalypse, Five flees the Commission with a new briefcase and reappears at the beginning of episode 6 to alter the timeline and convince his family to fight against the impending doom.

Eight Days After Five’s Arrival: Vanya, manipulated by Leonard (who is actually Harold Jenkins), causes the apocalypse by blowing up the moon. Before he and his family are wiped out, Five teleports them through time to an undisclosed destination(s).

30 Years Into Five’s Apocalyptic Vacation: The Handler shows up to offer him a job as a time traveling assassin for the Commission. Five spends several years assassinating figures throughout history before somehow returning to the present day in his teenaged body.

February 11, 1960: Klaus and Ben are transported to Dallas, Texas, by Five to avoid dying in the apocalypse Vanya instigated in the Season 1 finale.

1961: Allison is transported to the same physical space in Dallas, Texas, but at a different point in time.

1962: Luther arrives through the rip in spacetime in Dallas, Texas.

November 25, 1963: Five arrives in Dallas, Texas, to find Soviet forces invading America. The battle ends with a nuclear holocaust that destroys the planet. Hazel rescues Five and transports them to the same street 10 days earlier, giving them time to restore the timeline.

November 22, 1963: Five (the one who is stuck in his teenaged body who returned from the apocalyptic future in Season 1), Luther, and 58-Year-Old Five, who is actually a week younger than Teenaged Five and has been working for the Commission for several years, join forces to carry out the assassination of JFK. Before Adult Body Five can kill JFK, Teenage Five and Luther send him back in time to 2018, jumpstarting the cycle that sets the entire series in motion (it’s a bootstrap paradox, to borrow a term from Netflix’s Dark).

November 22, 1963: It is revealed that Vanya is the cause of this new apocalypse as well. However, the end of the world is averted when Ghost Ben helps her control her powers and avoid starting a nuclear war between the Soviets and Americans. Ghost Ben crosses over into the other side.

November 23, 1963: Lilla, whose parents were murdered by The Handler and Adult Five when he was working as an assassin, is revealed to be a super-powered individual born on that same day in 1989 as well. The Handler raised her to mold her into a weapon. After being defeated by Lilla, The Handler, and the Swedish assassin who has been stalking them throughout Season 2, Five travels back in time 60 seconds to save the day and avert disaster.

1963-April 2, 2019: Five transports he and his siblings back to the present, one day after the modern apocalypse was supposed to wipe out all life. However, they find Sir Reginald Hargreeves to still be alive. Instead of the Umbrella Academy, this is now the Sparrow Academy where Ben, fully alive, is the leader of a new group. Somehow, our characters have flung themselves into an alternate present-day reality. 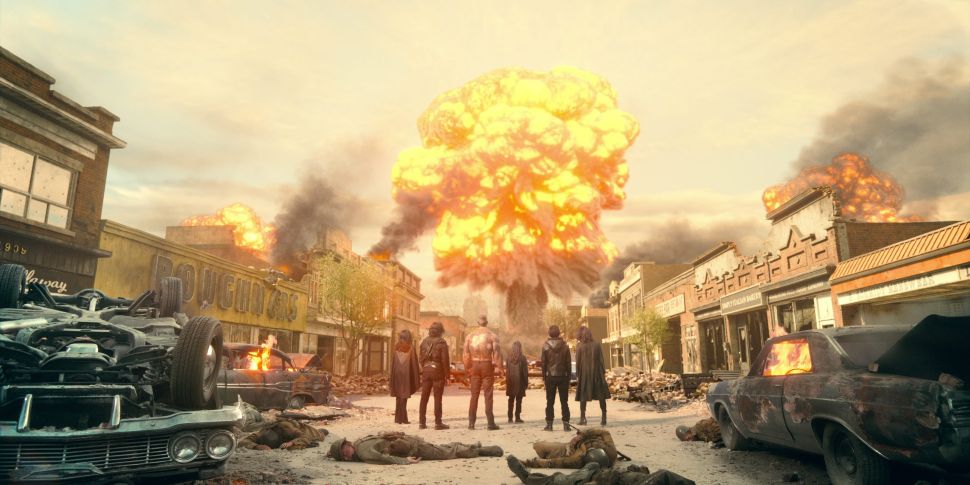