The passenger cabin of Virgin Galactic’s spaceship that will fly amateur astronauts to the edge of outer space looks like a combination of a first-class plane cabin and the space version of a Disney roller coaster.

On Tuesday, the space tourism company founded by British billionaire and space enthusiast Richard Branson revealed what the inside of its SpaceshipTwo vehicle, VSS Unity, looks like, marking the company’s final run to commercial service.

The cabin was designed in collaboration London-based design firm, Seymourpowell. It features six individually sized, reclining seats made of high-grade aluminum and carbon-fiber and covered in special fabric developed by Under Armour (which also makes astronaut spacesuits for the company) that promise comfort and mobility during spaceflight.

Every passenger will have two “halo” windows to themselves—one on the side and the other directly above—to enjoy the view of Earth from an altitude of 100 kilometers (62 miles). They will also have two cameras placed around the seat that will capture every aspect of their experience, like on a roller coaster ride.

Like Virgin Group’s commercial planes, the VSS Unity cabin comes with Virgin’s signature mood lighting. Multi-color LEDs concealed within each window will automatically adjust to various stages of the spaceflight. For example, when the spacecraft reaches the pinnacle and Earth comes into sight against the pitch-black sky, all in-cabin lighting will be extinguished to accentuate the view of our home planet.

“The spaceship cabin interior is in many ways the design centerpiece of the astronaut journey and what has been created will both facilitate and elevate a uniquely profound and transformational journey for the thousands who will fly,” Virgin Galactic’s new CEO Michael Colglazier, a former Disney executive, said in a statement.

“Today marks just over one week since I joined the wonderful team here, following over three decades of helping create magical customer experiences at the Walt Disney Company,” Colglazier said at a reveal event from Virgin Galactic’s flight operations center in New Mexico on Tuesday. “What better way to kick my career off?”

Virgin Galactic sells a 90-minute ride to and back the Kármán Line, which divide the Earth’s atmosphere and outer space, for $250,000 per seat. The company has taken about 600 reservations and is expected to raise ticket prices if demand remains high.

Paying customers will go through a three-day training program consisting of safety instructions, getting familiar with the cabin and seats, and a dress rehearsal.

Virgin Galactic has completed two human test flights and is ready to fly its first customer, possibly Richard Branson, before the end of this year. “Richard is ready to go,” Virgin’s chief astronaut trainer Beth Moses told Observer during a press Q&A on Tuesday.

“When we created Virgin Galactic, we started with what we believed would be an optimal customer experience and then built the spaceship around it,” Branson said in a statement. “This cabin has been designed specifically to allow thousands of people like you and me to achieve the dream of spaceflight safely–and that is incredibly exciting.”

Interested customers can get a taste of the spaceship cabin and flight experience through an augmented reality enabled mobile app, now available at both the iOS App Store and Play Store. 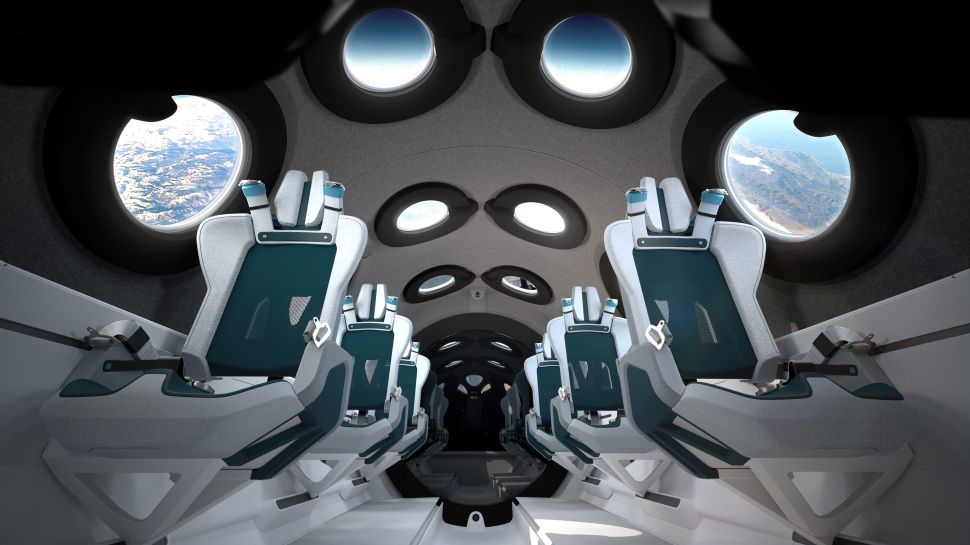