Decisions, decisions, decisions. Summer is ticking away, meaning you don’t have time to waste on figuring out what to prioritize as you stream the latest and greatest TV and movies. Observer Entertainment has curated the guide below to help figure out what to watch this weekend on your off-hours. The major streaming services alike are represented below, from Netflix to Hulu to Amazon, and we’ve offered recommendations for for all of them, including both new releases as well as hidden gems that may be buried between the cracks.

For many adherents to the Jane Austen canon, the 1995 BBC adaptation starring Jennifer Ehle, Colin Firth and his wet shirt will forever be definitive, but 2005’s Pride and Prejudice, starring Keira Knightley and directed by Joe Wright, is still a brilliant bit of filmmaking. Without it you wouldn’t have later offbeat period films like 2018’s The Favourite or 2019’s Little Women and you wouldn’t have Matthew Macfayden’s genius on Succession as Tom Wambsgans. It’s also emphatically Knightley’s film, because Wright was focused on making it “as subjective as possible” in her character’s perspective. Watch Pride and Prejudice on Netflix.

Observer reported last month that the Kevin Costner neo-western Yellowstone would be hitting Peacock instead of Netflix, and that time has come. Costner—no stranger to roles where he plays uncompromising frontiersmen—is John Dutton, owner and operator of the country’s biggest contiguous ranch, as he contends with the challenges that come with running it. Watch Yellowstone for free on Peacock.

Martin Scorsese’s Bringing Out the Dead doesn’t have the reputation of the director’s bigger hits like Goodfellas, Raging Bull or The Wolf of Wall Street, and that’s a shame. Nicolas Cage acts the hell out of this movie, as he always does, and it’s powered by one Paul Schrader’s masterful scripts, about a graveyard-shift paramedic slowly cracking up under the strain. A few years later, Scorsese admitted that he had used the film to exorcise the pain of going through “10 years of ambulances” as he described it. “My parents, in and out of hospitals. Calls in the middle of the night. I was exorcising all of that. Those city paramedics are heroes — and saints, they’re saints.” Watch Bringing Out the Dead on Amazon Prime Video.

You can watch any number of Disney Channel Original Movies (DCOMs) on Disney+, but a movie you should watch is The Color of Friendship, which came out over 20 years ago and told the story of a Black girl from America meeting with a white girl from South Africa during the country’s apartheid crisis in the ’70s. The Color of Friendship was based on the real true story of Piper Dellums, who hosted a South African exchange student with her family in the States. (Her father was the late politician and activist Ron Dellums, who spearheaded the Comprehensive Anti-Apartheid Act of 1986, which passed after a successful and historic override of Ronald Reagan’s veto.) Later in life, Piper Dellums spoke about the impact of this film: “This was a very progressive and provocative step to confront race relations on the Disney [Channel],” she told TV Guide last year. “It was less about the truth of how the family dynamic unfolded and more about this conversation about race — it was safer to have that conversation about race between an American and a South African than to confront racism in America.” Watch The Color of Friendship on Disney+.

We’ve known Julia Garner to be of the most electrifyingly powerful actors of her generation for a while now; her Emmy win last year for a supporting role on Ozark just cemented it. Now you can watch her latest big film, The Assistant, a MeToo parable for 2020. Garner plays a young, aspiring film producer working as a lowly assistant at a production company in New York, and the film tracks her day as she learns her boss is sexually harassing a new female colleague and chooses to report it to HR. Garner leads a powerful cast including Matthew Macfayden, Kristin Froseth and Makenzie Leigh, directed by the able hands of documentary filmmaker Kitty Green. Watch The Assistant on Hulu.

Here’s a recommendation from Observer’s Senior Entertainment Reporter Brandon Katz: “Just as E.T. works as both a science-fiction adventure and a touching portrait of childhood, so too does Midnight Special work as a mystery-laden tale and a raw exploration of the pains of parenthood. In both films, our collection of protagonists must return a powerful ingenue to their rightful home. But at an under-the-wire PG-13, Midnight Special isn’t draped in the aspirational goodness of childhood innocence. It’s rather unflinching in its naturalistic depiction of corruption, belief, and the lengths we’ll go to protect ourselves. That’s what makes it an E.T. for adults.” Watch Midnight Special on HBO or HBO Max.

“I think I fucked up on that one,” is how the late, great director Tony Scott describes his sublime disaster of a movie Domino, one of Tubi’s many unique offerings. It’s hard to describe what makes Domino beautiful. It could be the absurdly frenetic action editing; or that it’s based not on the gun-toting comic book anti-heroine of the same name but on a true story of a real-life gun-toting bounty hunter of the same name; or that its performers—Keira Knightley, Mickey Rourke, Edgar Ramirez, Delroy Lindo, Mo’Nique, Macy Gray and more—are all bona-fide stars working their butts off in a film clearly beneath them; or the fact that Jerry Springer appears as himself. Scott may have seen the things he would have done differently on this one—I wouldn’t change a thing. Watch Domino for free on Tubi.

San Diego Comic-Con—the biggest entertainment convention of the year—has moved online. Comic-Con@Home has replaced it, and our reporter Brandon Katz helpfully lined up this list of the best panels to stream as you watch from home. Don’t forget to tune in this weekend. 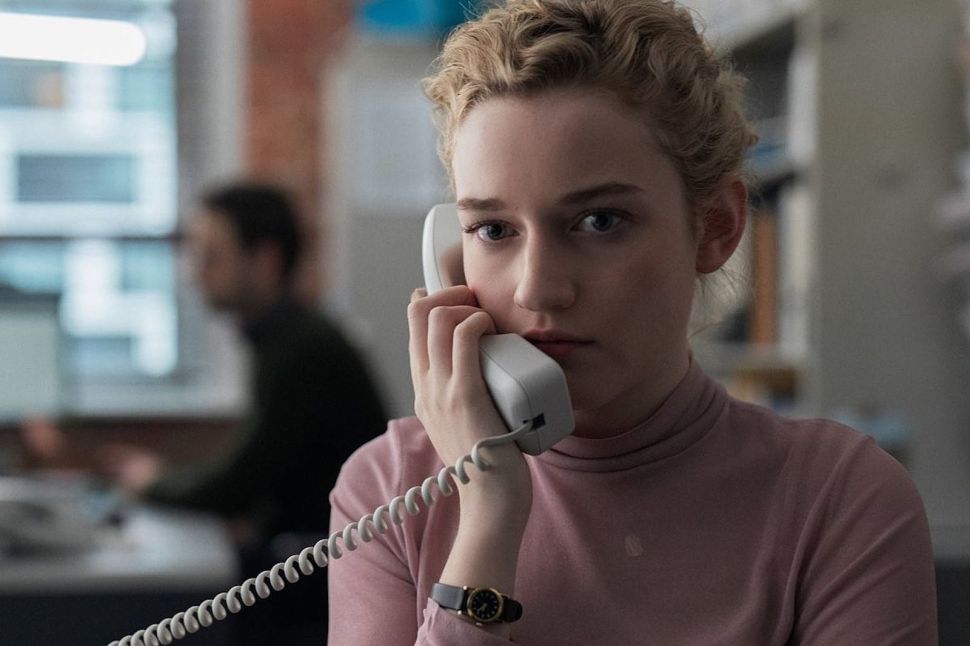