After nearly seven years in the making and more than two years of seeking regulatory approval, Amazon has finally won the Federal Aviation Administration (FAA)’s nod to its Prime Air drones, joining UPS and FedEx in a growing list of companies testing drone delivery services.

The approval was granted under the FAA’s “Part 135 Standard certification,” a highest-level permit that allows commercial delivery services to fly drones “beyond the visual line of sight” (BVLOS) of the operator.

“This certification is an important step forward for Prime Air and indicates the FAA’s confidence in Amazon’s operating and safety procedures for an autonomous drone delivery service that will one day deliver packages to our customers around the world,” David Carbon, Amazon’s head of Prime Air, said in a statement.

The Amazon drones won’t roll out immediately, though. The company said it will first test the service on select customers in areas with low population density.

Amazon unveiled its latest electric drone last year at Las Vegas’ re:MARS (Machine Learning, Automation, Robotics and Space) conference. The aircraft is capable of carrying packages that weigh less than five pounds and flying up to 15 miles. When fully deployed, these drones are supposed to drop off packages at customers’ doorsteps within 30 minutes after an order is placed.

“We will continue to develop and refine our technology to fully integrate delivery drones into the airspace, and work closely with the FAA and other regulators around the world to realize our vision of 30 minute delivery,” Carbon said.

Last October, UPS received a similar FAA certification to operate its fleet of delivery drones. UPS is currently testing the service on hospitals and medical facilities across the U.S. 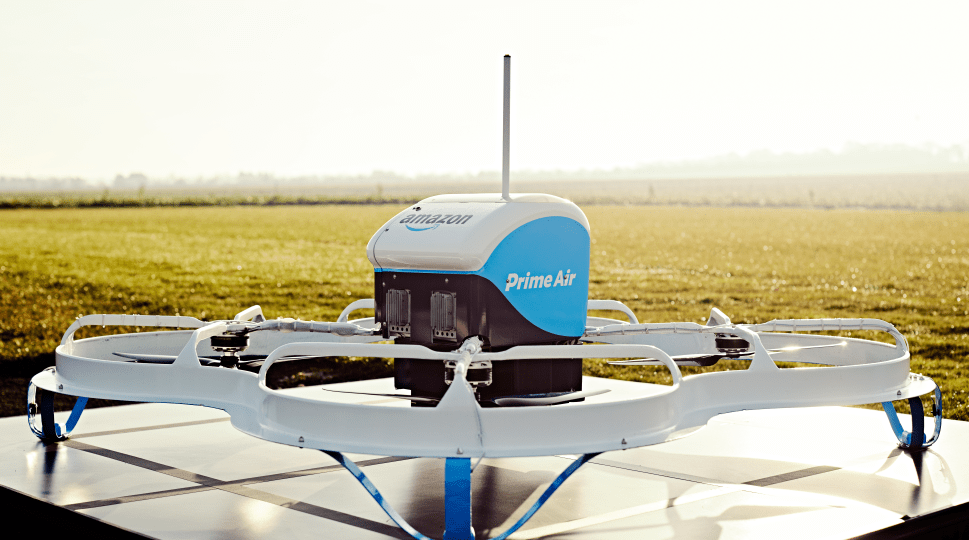