Breonna Taylor, who was killed by police officers while she was asleep in her own home on March 13, has become a name face widely known all over the world. Her devastated family members have filed a lawsuit in pursuit of justice, and protesters have continually demanded that Taylor’s killers be punished. More recently, she has come to be memorialized by artists. A painting of Taylor by the artist Amy Sherald was selected as the cover of Vanity Fair’s September issue, which also includes an in-depth character study of Taylor written by Ta-Nehisi Coates.

Sherald, best known for painting the striking portrait of Michelle Obama that now sits in the National Portrait Gallery, told Vanity Fair that she crafted this image with Taylor’s spirit and agency in mind. “She sees you seeing her,” Sherald explained in Vanity Fair. “The hand on the hip is not passive, her gaze is not passive. She looks strong! I wanted this image to stand as a piece of inspiration to keep fighting for justice for her. When I look at the dress, it kind of reminds me of Lady Justice.” An ancient Greek allegorical figure, Lady Justice is generally depicted blindfolded with a beam balance scale and a sword; she represents justice in judicial systems.

Another painting of Taylor by the artist Alexis Franklin also graced the September issue of Oprah’s O magazine, marking the first instance that Oprah herself has not been on the cover.

SEE ALSO: What Critics Are Saying About the Obamas’ Official Portraits

Cover by me, for the September issue of @oprahmagazine. Still surreal that I was chosen for this. This was such an important project. Available for purchase (buy or download) August 11th!

The power that these painted images have is undeniable, but these magazine covers of Taylor also raise questions about whether her humanity is already being flattened into palatable iconography. Three Kentucky officers involved in Taylor’s shooting and death have still not been arrested, and only one other officer, Brett Hankison, has thus far been fired. As Taylor’s family and millions of allies around the world continue to fight ceaselessly for justice, the enormity of that mission should never be obfuscated behind the lens of posthumous celebrity status. 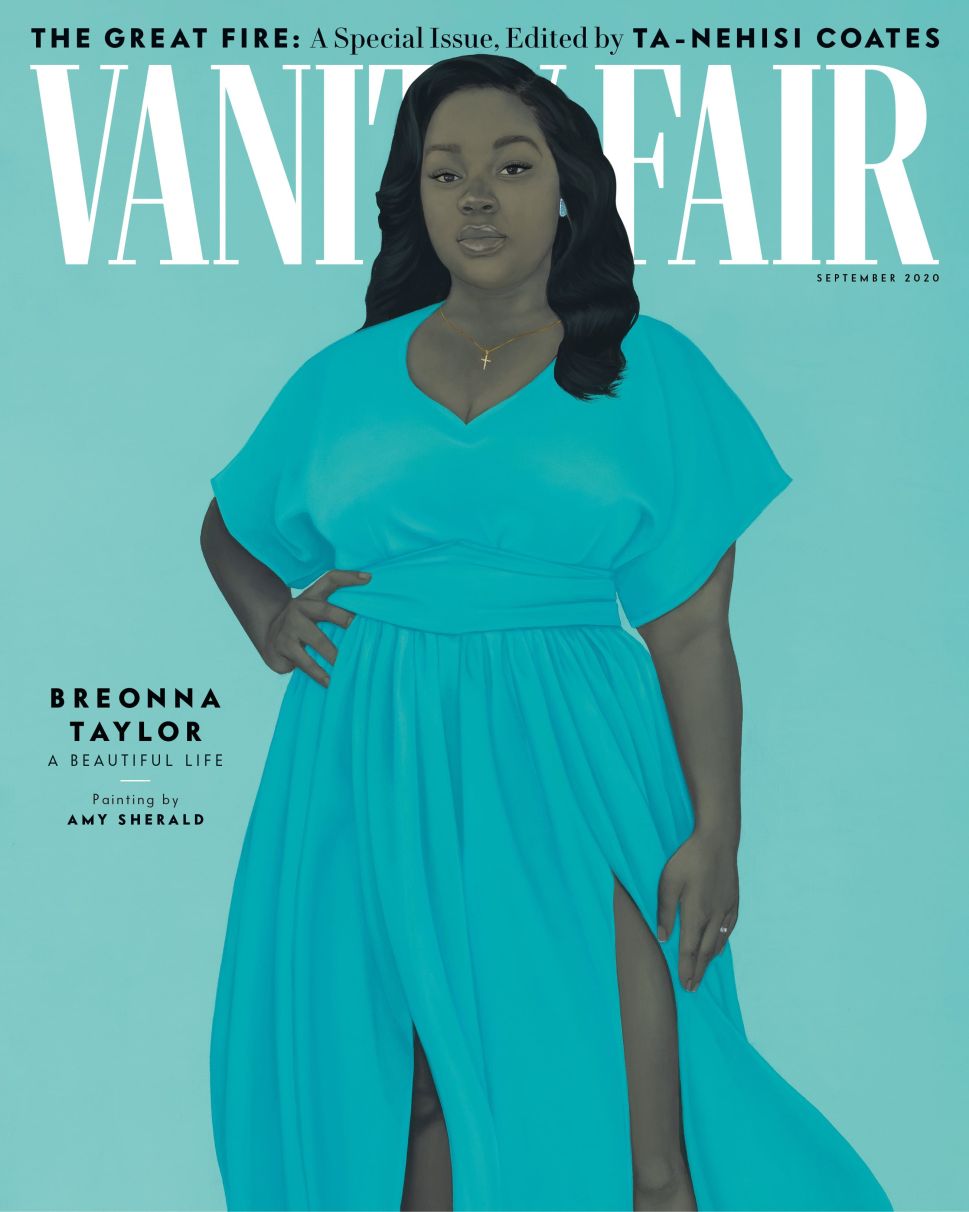