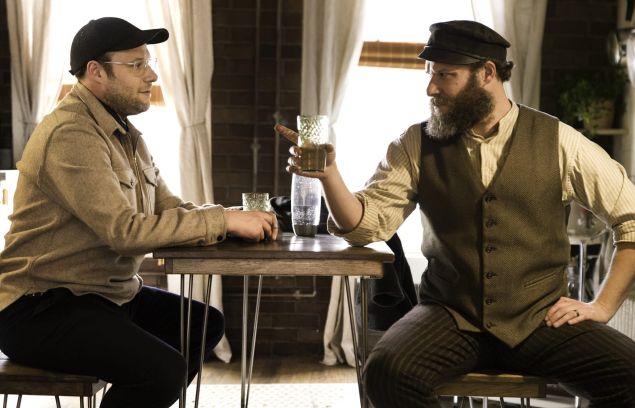 As a comedian-creator, Seth Rogen is all about the elevated dick joke. He is the ladder with which we use to reach the low-hanging fruit. Just last year, a character of his ejaculated on his own face in a mainstream romantic comedy. Across Knocked Up and Pineapple Express all the way through Long Shot, Rogen’s films have always revolved around a man-child learning to grow up and take responsibility within their own lives. In that way, Rogen’s stardom is the evolved form of Adam Sandler’s, albeit in a more guttural but equally lovable fashion.

But as genuinely humorous and compassionate as his comedies often are, they rarely step outside of that preferred comfort zone. He knows what he creates well and the audience knows what they like about his brand of meshugana hi-jinx. Yet An American Pickle, debuting on WarnerMedia’s streaming service HBO Max this Thursday, dares to deflect the typical formula for something new.

An American Pickle, directed by Brandon Trost, is based on Simon Rich’s New Yorker novella and stars Rogen as Herschel Greenbaum, a struggling laborer who immigrates to America in 1919 with dreams of building a better life for his beloved family. One day, while working at his factory job, he falls into a vat of pickles and is brined for 100 years. The brine preserves him perfectly (because, well, movies), and he emerges in present day Brooklyn to meet his great grandson Ben (also played by Rogen). Ridiculous, right? How does such a movie ever get made?

And yet, An American Pickle uses arguably the dumbest concept imaginable to tell a surprisingly tender story about intergenerational pain, legacy, family, forgiveness, American division, Jewish heritage and the importance of family roots. Herschel, by way of his tough upbringing, is a man of action and unfiltered opinions while Ben is a mild-mannered app developer. What begins as a welcomed family reunion soon turns contentious as neither man can understand the other. Herschel cannot adapt to modern society while Ben has let grief keep him in a state of stasis.

The script, written by Rich, has echoes of Peter Sellers’ Being There as Herschel is unwittingly ushered into national prominence, exposing the absurdity of our own modern culture. The nation projects its own ideals and philosophies onto the unassuming (yet hilariously offensive and outdated) time traveling man, creating a public divide that easily substitutes for the debate surrounding any Trumpian figure of today. Herschel is a time capsule containing the prejudice of old and the disheveled discourse of new. “Kanye West Defends Herschel Greenbaum’s Right to Offend” reads a news headline in the film, an apt sight gag for today. For all his flaws, however, he is capable of doling out the odd kernel of wisdom as he implores Ben, frozen in time in his own way, to “throw your punch” and “do something” in life.

The movie is funny too. There’s a great bit about Herschel learning that a fellow Jew cured Polio and his desire to take advantage of American capitalism to achieve his goals is a good deal of fun. He quickly reaches the conclusion that interns are basically slaves. But the movie gets at the heart of something more worldly than many of Rogen’s prior films—it is people that fill us up inside, not pursuits.

The film’s layers paint a picture of our current political and cultural era without prioritizing this effort above all else. In fact, its greater commentary flows rather effortlessly from its focus on family. An American Pickle is not Rogen’s best movie. That is and always will be Superbad. But, in its own ridiculous and crass way, it may very well be his most mature. 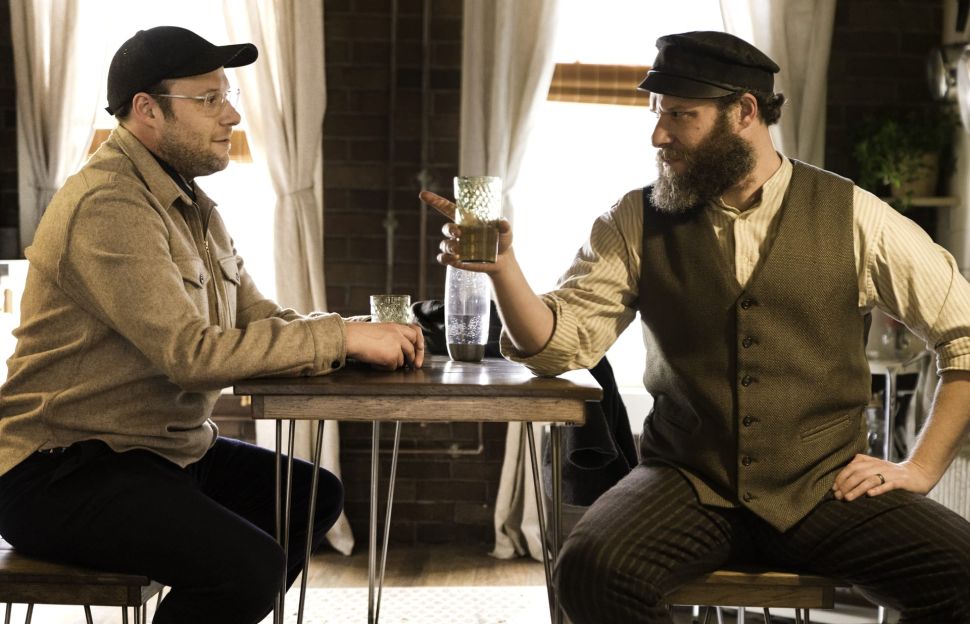