Ever since a cataclysmic explosion shocked the capital city of Beirut, Lebanon on August 4 and claimed the lives of 178 people, sympathetic non-profit organizations and mutual aid groups have been scrambling to provide affected citizens with the support and resources they need in order to recover.

Beirut’s arts community was hit particularly hard by the detonation. Galleries and museums alike sustained horrific damage; so much so that on August 11, an extensive coalition of museums and cultural organizations that includes the World Monuments Fund and the Louvre in Paris released a statement of solidarity pledging to do as much as they could to assist in the Beirut’s restoration of its heritage.

“Damaged libraries, museums, and historic buildings will require cultural first aid and longer-term recovery interventions,” the statement reads in part. “Their collections will need urgent protection and salvaging. We
pledge to do all that we can to contribute to the complete recovery of the heritage that has been damaged in Beirut by this blast.”

Earlier in August, the organization Mophradat announced the launch of a fundraising initiative to assist arts organizations and artists in Beirut who were displaced or harmed by the explosion. However, when it comes to architectural reconstruction, entirely different methods of assistance are required.

According to the Art Newspaper, eight museums in Beirut sustained structural damage from the explosion. Due to its proximity to the heart of the blast, the Sursock Museum in particular suffered a terrible blow: five years after the completion of a renovation that cost $15 million, the Sursock’s stained glass windows were all destroyed and its roof was blown open.

Additionally, the Museum of Lebanese Prehistory’s ceiling is reportedly in danger of collapsing, and the American University of Beirut’s archaeological museum’s collection apparently sustained damage. In order for these buildings to be restored, sustained financial assistance, emergency artifact preservation and long-term technical scrutiny is required.

Like the emergency funds popping up for creative workers whose livelihoods have been gouged by the coronavirus pandemic, the “cultural first aid” being offered to Beirut is an example of just how much assistance is needed when unforeseeable tragedies strike. 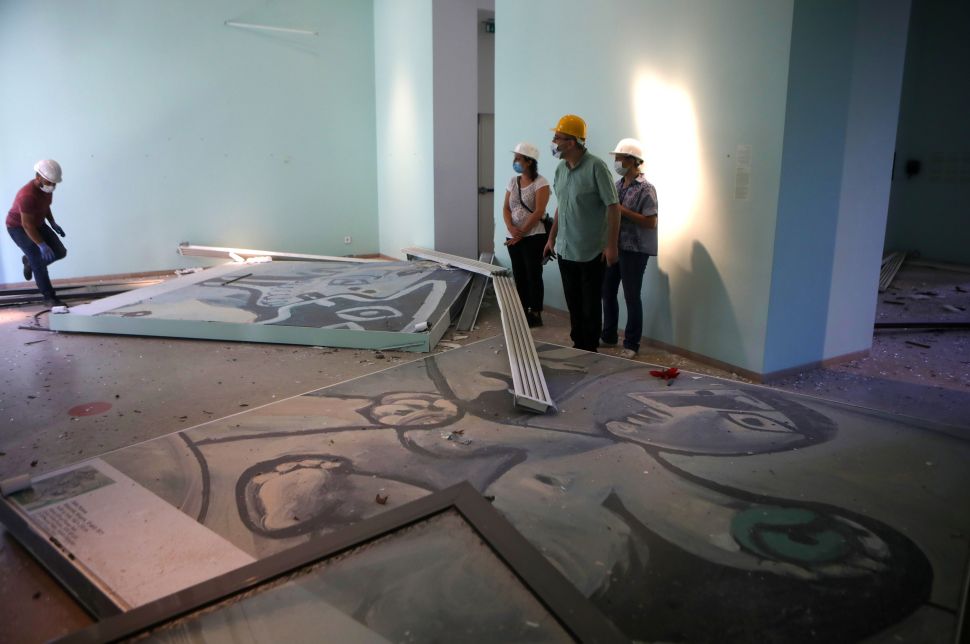