We love movies. You love movies. Practically everyone loves movies. But, the problem is, not everyone goes to the movies. The rise of at-home entertainment over the last 20 years has spawned a laissez-faire attitude when it comes to new releases. Sure, blockbusters like Star Wars and Marvel films will bring in the big bucks. But the smaller movies without franchiseability have been left to fend for themselves and it often hasn’t been pretty.

Plenty of entertaining movies arrive in theaters and are met with a general shrug of indifference from ticket buyers. Thankfully, the wonderful wide world of streaming has given these films a second chance. So to help with your pandemic viewing choices, here are the five best movies on free streamer Tubi that initially bombed at the box office.

Be sure to check out similar lists for Amazon Prime Video, Netflix, Disney+, Hulu, Peacock, CBS All Access, and HBO Max. Each title below is linked to its Tubi page, for your bingeing convenience.

Star vehicles are a thing of the past with true blue movie stars rapidly approaching extinction. As such, Will Smith’s 2015 drama about the discovery of head trauma and CTE stemming from concussions suffered by NFL players failed to ignite in theaters. But as a quiet and restrained real life tale about the ugly side of America’s most popular sport, Concussion is an effective biopic that follows accomplished pathologist Dr. Bennet Omalu. Plus, Smith gives a characteristically great performance. Watch it on Tubi.

Arguably the greatest comedian of the last 30 years, Chris Rock has never had much luck at the box office (or with film critics). Such was the case for this 2003 comedy that deserved better. When Washington desperately needs a presidential candidate just weeks before the election, they need someone sure to lose. They pick Mays Gilliam (Chris Rock), an unknown local politician from a down-and-out D.C. neighborhood, to be their puppet. Naturally, hilarity ensues and in between the crass punchlines, a sketch emerges that details the failings of the American political system. Watch it on Tubi.

Based on the novel by H.G. Wells, The Time Machine doesn’t quite translate the classic timeless story to the big screen in consistently thrilling ways. There are, admittedly, moments of unintentional hilarity throughout. But what it gets right—snapshots of civilization at different times throughout our past and future—is worth the price of admission. Sadly, an $80 million budget in 2002 was far too expensive and put this movie in the hole before it ever saw the light of day. 18 years later, it works as an entertaining enough sci-fi adventure. Watch it on Tubi.

No one is ever going to mistake National Security for Blazing Saddles, but the comedy’s focus on police brutality against African Americans looks eerily prescient in retrospect today. While the film isn’t overly interested in making any grand societal statements or class commentary, it’s still worth noting the roots of the film have stretched to the present day. And as far as comedic pairings go, you could do a lot worse than Martin Lawrence and Steve Zahn. Watch it on Tubi.

We’re not going to beat around the bush: Seabiscuit is one of the weaker Best Picture nominations of this young century. But that doesn’t mean it should be shunned forever. It may be overly sentimental and cookie cutter, but it’s still a feel-good, spirit-lifting sports story with a fine cast (Tobey Maguire, Jeff Bridges, Chris Cooper, Elizabeth Banks). That’s not nothing. Watch it on Tubi. 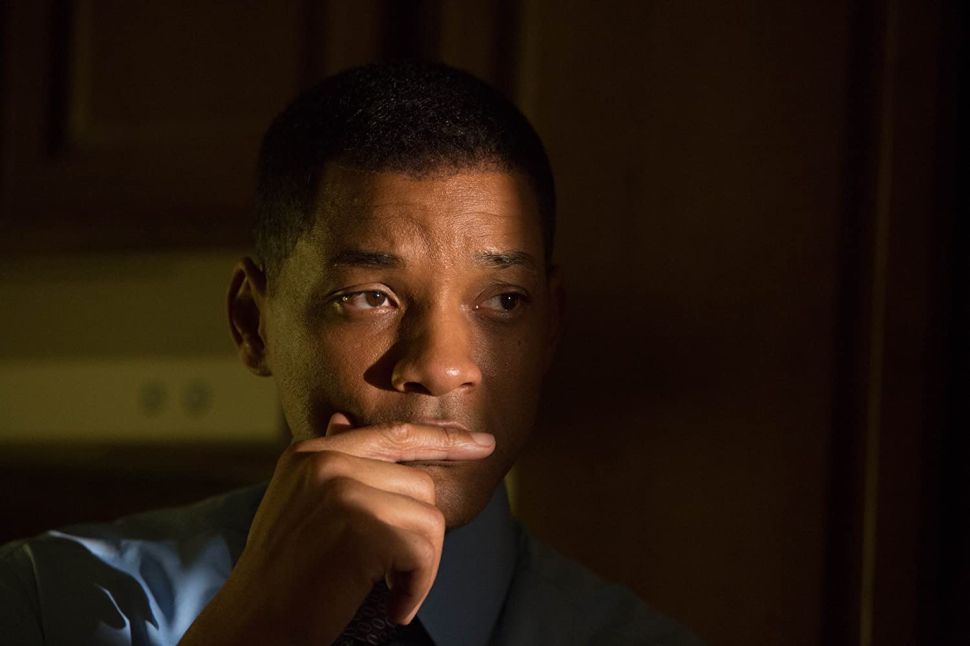