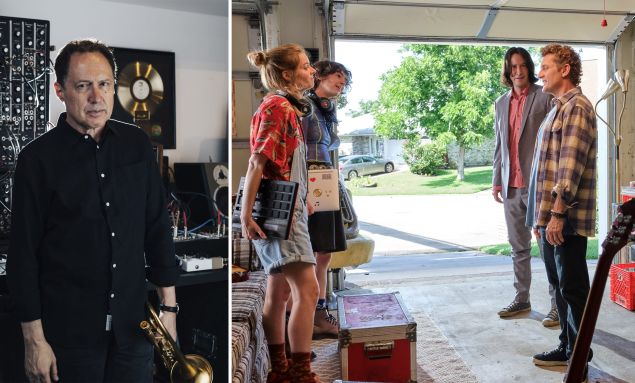 The COVID-19 pandemic hit the U.S. as Mark Isham was putting the finishing touches on his score for Bill & Ted Face the Music, the long-awaited third movie in the time-traveling comedy franchise, out now on VOD. Isham was penning the music to an early cut of the film, but when lockdown shut everything down, there was a two-week pause while the producers tried to figure out how they would finish editing the movie. Eventually, Isham, director Dean Parisot and editor Don Zimmerman delivered the final cut by working remotely through a connected network of computers, but then Isham found himself up against the task of recording an orchestra during a global pandemic.

“We had decided ‘This needs to be an orchestral score,’” Isham tells Observer. “We wanted to put in strings and brass and heroic moments, so how do you do that? We had a drop dead date where the producers said, ‘We are going to dub this film by this date, figure it out.’ I had that date as the last possible date where I could record instruments and deliver on time. I was watching different cities in the world as to what was happening, knowing pretty much that America was off the table. Nothing was going to open up in America. But fortunately Budapest opened up, and we recorded an orchestra in Budapest.”

Isham recorded the orchestra remotely in early June, laying down a group of 40 string players one day and nine brass players the next. He added in woodwinds via virtual recordings from the players’ homes.

“I think in another year, given the right software and the right internet connections, you’ll be able to record effectively with anyone in the world.”

“There have been times in the past where we have done remote recording like this,” Isham notes. “But what’s happening now is it’s forcing the technology to become more stable and productive. In the past it’s always been a bit sketchy, and I can’t say that this particular time wasn’t a bit sketchy. But in the last month alone I’ve seen people starting to develop software that makes it less and less sketchy.

“I think in another year, given the right software and the right internet connections, you’ll be able to record effectively with anyone in the world,” he predicts. “Which, of course, changes things dramatically. If I want an African choir I can do that from suburban America.”

Although the world of Bill and Ted, played again by Keanu Reeves and Alex Winter, is based on rock ‘n’ roll, Isham and Parisot decided to treat the film’s score more traditionally. Isham went back and watched the original movies, but didn’t want to bring anything forward because it wasn’t in keeping with the tone.

“The idea was to take it very seriously,” Isham explains of the score. “We’re obviously not scoring a Christopher Nolan film here, but we can get the music to relate to what Bill and Ted are experiencing. So when they’re nervous the music should reflect that they’re nervous. When they’re excited or when everything is fantastic, we can do that. We need to feel that and if you do it right that makes it even funnier. You’re experiencing the whole rollercoaster and you’re laughing at the whole thing. It was pretty interesting. We tried some temporary tests to do that and we both said ‘Yes that’s the way to go.’”

He adds, “We never laugh at them. We laugh and we cry with them.” 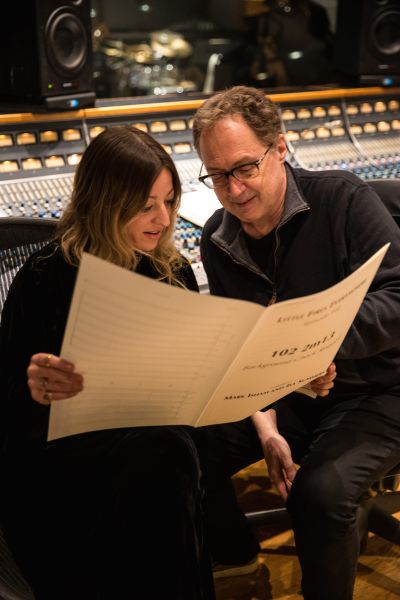 The film obviously features some epic rock moments, most notably the song Bill and Ted write to save the world, but Isham didn’t want the score itself to be overwhelmed with guitars. It needed dramatic motifs that mirrored the action, particularly in emotionally wrought moments like when the 40-year-old characters have a heart-to-hear with their 90-year-old selves in the future.

“I made a conscious decision in the beginning to leave guitars out,” Isham says. “The music supervisor [Jonathan Leahy] had the job of adding in the guitar motifs and finding somebody to do all the Hendrix stuff. But then at the very end Dean turned to me and said, ‘The producers want a little bit more fun in the score.’ They were worried we were being a little too serious. I said, ‘How can we do that?’ He suggested that I maybe take a pass of guitars in the score. It isn’t necessarily changing the emotion of it, but it is connecting it a little more directly to one of the fun aspects of Bill and Ted. So there’s not really a lot of guitar in the score, but there are moments where we put in just a touch of guitar and I think it works.”

The finale song, performed by a group of historical musicians alongside the iconic characters, went through several iterations. Parisot wanted something that echoed the feel of the Beatles’ “Ob-La-Di, Ob-La-Da” so Isham built a few similar backing tracks to use during filming. Leahy then worked with a group of producers and musicians to create the final version that appears in the movie. “It’s more than just a song—it covers about six and a half minutes—and it has to score the whole ending,” Isham notes.

Isham, who has scored several of Reeves’ films in the past, including Point Break, has since jumped to working on historical drama Judas and the Black Messiah, which requires a very different tone than Bill & Ted Face the Music. He’s also nominated for an Emmy for his work on Hulu’s Little Fires Everywhere alongside collaborator Isabella Summers. It’s his eighth overall nomination, but this time the recognition has an additional weight.

“I’ve been doing this a while and I have some Emmys from a number of years ago, and in those days there were three, four networks and six shows on each network that might be your competition,” Isham says. “So maybe you have 30 people you’re against and if you’re five [nominees] out of 30? That’s pretty cool. But now you’re five out of thousands. There’s so much great material out there. There’s composers of all types doing all kinds of interesting work, strange and interesting shows. So this is an even bigger deal to be nominated in this day and age.”

Isham’s score for Bill & Ted Face the Music was released on August 28 simultaneously with the movie’s soundtrack, which includes songs from Big Black Delta, Mastodon, Cold War Kids and, of course, Wyld Stallyns. There is some disappointment from the composer that moviegoers won’t get to see the film in a theater, especially following on the legacy of the first two.

“This is one of those films where I think the experience of it [should be] in a darkened room with several hundred people with your ten buddies and you’re screaming and yelling,” he says. “Comedies are like that and laughter is infectious. So we’ll see. I’m just happy to see the film business releasing and getting its momentum back.”

Bill & Ted Face the Music is playing in select markets and is available on VOD. 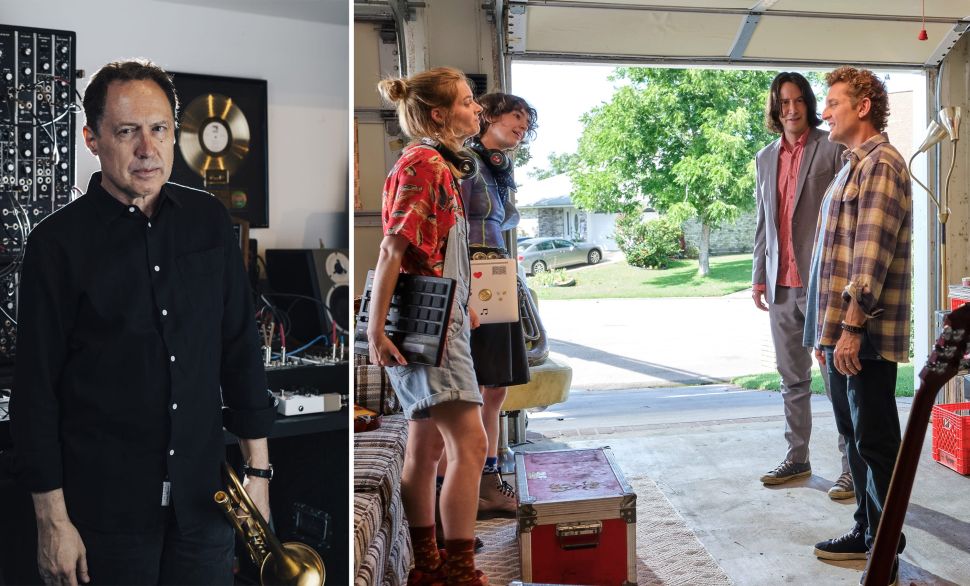