On Sunday night, HBO’s Lovecraft Country premiered with a wild, weird, and explosive debut (there were aliens, baseball legends, and secret lineages—what a ride!). Star Jonathan Majors leads the new horror drama and is flanked with veteran support from the consistently excellent Courtney B. Vance and Michael K. Williams. But it is Jurnee Smollett, who plays the fierce Letitia “Leti” Lewis, that steals every scene she’s in, drawing your eye and directing your attention. Majors is the driver of the plot, but she is Lovecraft Country’s beating heart and thumping spirit.

In February, Smollett co-starred in Warner Bros.’s Harley Quinn: Birds of Prey—another wild, weird and wholly entertaining genre experiment. Star Margot Robbie shines as anti-hero Harley Quinn while Mary Elizabeth Winstead (Huntress) scores laughs and Rosie Perez (Renee Montoya) serves as a great audience surrogate. But once again, it is Smollett, who plays the superheroine Black Canary, that seems to be breathing fire while everyone else is taking puffs. They say that charisma is charm that inspires devotion; consider us Smollett converts.

She’s been turning supporting roles into memorable moments since the early 1990s and is a full-blown star just waiting to go supernova in her very own project. And that project should be her own Black Canary DC show.

This isn’t a new idea. Smollett is already unsurprisingly on board with the prospective move.

“It’s no secret how much I love Black Canary,” she recently told Variety. “It’s a dream character and was a dream to play her. If [the] dynamics fell in the right way, I would absolutely do it in a heartbeat.” On top of that, Birds of Prey is once again making the internet rounds after arriving on HBO Max this past weekend. As we’ve seen in recent mainstream tentpole entertainment, online chatter can inspire greenlights behind the scene (hello, Deadpool).

SEE ALSO: ‘The Legend of Korra’ Tightens the Tension Between Nature and Progress

Given Smollett’s admiration for the source material (our girl is a comic book geek and we’re 100% in support of it), her well-received take on the fan-favorite character, and her rising star in Hollywood, an announcement at next week’s DC FanDome would be a buzz-begetting blockbuster move for WarnerMedia. HBO has thrived with Black female protagonists in recent years from Watchmen and Euphoria to Westworld and Insecure. Watchmen led all TV series in Emmy nominations this year with 26 while the other three series also scored nominations across categories. In terms of live viewership, they are four of HBO’s 15 best-rated. Lovecraft Country is about to become the network’s next big thing and I May Destroy You is resonating as a powerful story of truth. The track record in just the last half decade is overwhelming and indisputable. Expanding the demographic isn’t just a moral responsibility of Hollywood, it’s downright good business.

As expected for months, WarnerMedia’s niche comic streaming service DC Universe will be rolled up into HBO Max, with the original programming migrating to the company-wide service. Despite a host of positives (great film selection, access to HBO’s entire library, a sea of great DC content, etc), Max has not enjoyed a strong start since launching in late May. One debilitating obstacle exacerbated by the coronavirus pandemic production shutdown has been the lack of a steady stream of hot new original programming for the fledgling streamer.

Spinning off Black Canary for her own HBO Max original series adds another high-profile original to the service’s library while also appealing to the rabidly passionate comic book fanbase. It’s a win-win both creatively (Smollett has said she’d love Lovecraft Country showrunner Misha Green to develop it) and commercially. This year, TV will house upwards of 530 scripted series. The need for content is an insatiable hunger that continues to grow each and every year. With HBO Max falling behind its rivals early in its run and the DC Extended Universe finally finding its groove, it is the opportune moment to leverage the brand for new and exciting programming possibilities.

Smollett, 33, has paid her dues as a strong supporting player for long enough. It’s finally time to let her shine or, in this case, let Black Canary sing. 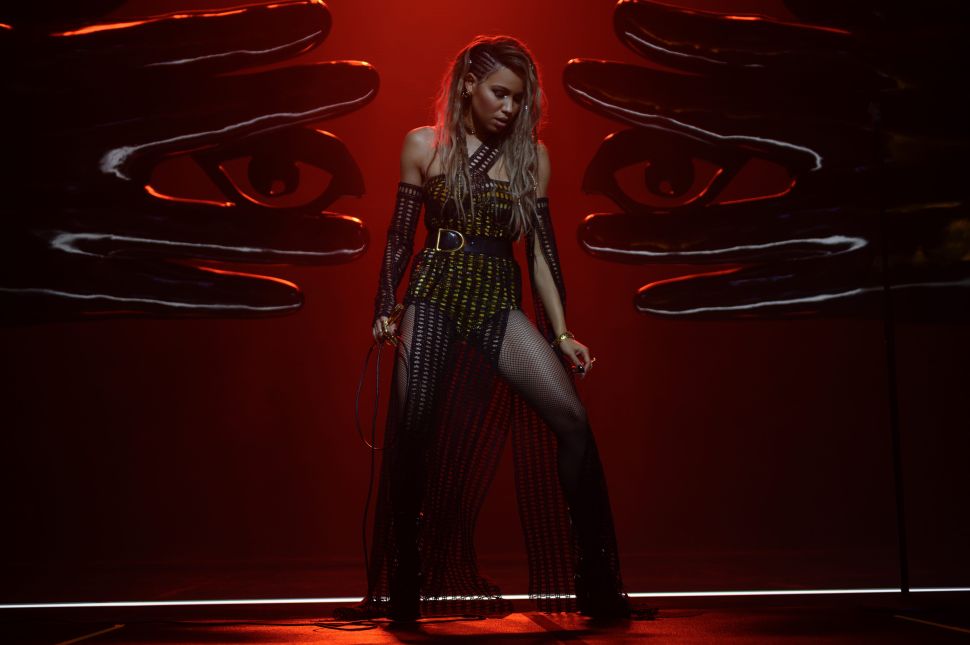