Generally, when an auctioneer (or, truly, anyone) promises you the moon, the most reasonable thing to do would be to treat such an offer with extreme skepticism. However, in the case of Christie’s new online auction, “Deep Impact: Lunar and Rare Meteorites,” which is running from August 12 to the 25, purchasing a fragment of the moon is a real and tangible possibility.

For outer space aficionados and laymen alike, this auction proffers an incredible range of meteorites, some of which appear rough and alien while others look as finely-wrought as intentional contemporary art. However, the centerpiece of the auction is what’s being touted as the largest Lunar sphere on Earth.

In other words, as the auction catalogue puts it, this specimen is “the largest sample of the Moon in the shape of Moon.” It’s also the item in the auction that’s estimated to sell for the highest price: $300,000 to $500,000. Since the online-only auction went live on Wednesday, a starting bid of $220,000 has already been entered.

The Moon sphere, which is one of a handful of rare Northwest Africa 12691 spheres, was discovered amongst other specimens in the border region between the Western Sahara and Algeria in January of 2017. Compositionally, some of the elements found in Moon meteorites simply don’t exist on Earth, and the unique combination of minerals that mark material as Lunar is identified by the classifier “feldspathic breccia.”

According to Christie’s description, which was prepared with the assistance of Dr. Alan E. Rubin of UCLA’s Institute of Geophysics and Planetary Physics, this particular sphere’s visual characteristics bear evidence of asteroidal impacts on the Moon that occurred centuries ago. These collisions infused the material with volcanic glass as well as white anorthite and olivine. Plus, this particular meteorite was trimmed and shaped by humans after it fell to Earth, but its 3-pound weight points to how much material there was to begin with.

“I’ve always been fascinated with the idea of meteorites that look like asteroids (although they very rarely do) or polished sections from them that look otherworldly,” James Hyslop, the Head of the Science and Natural History Department at Christie’s, told Observer on Thursday. “There is something almost alchemical about the idea of something tangible here on Earth relating to a celestial body.

This current sphere is the largest to have ever been made—the parent meteorite that it was cut from was itself large and of the right shape to not suffer too much loss when put into the sphere making lathe. The result is what I think is the perfect rendition of that object that has inspired so much wonder over the centuries when we have looked up at the night sky.”

America’s love affair with the Moon peaked decades ago, but fragments of our planet’s romantic adoration for space travel lie sprinkled throughout our culture, unwilling to be snuffed out. Fervent interest in this Lunar sphere seems to suggest that some of us still harbor passionate interest in the mysterious natural satellite that orbits us. 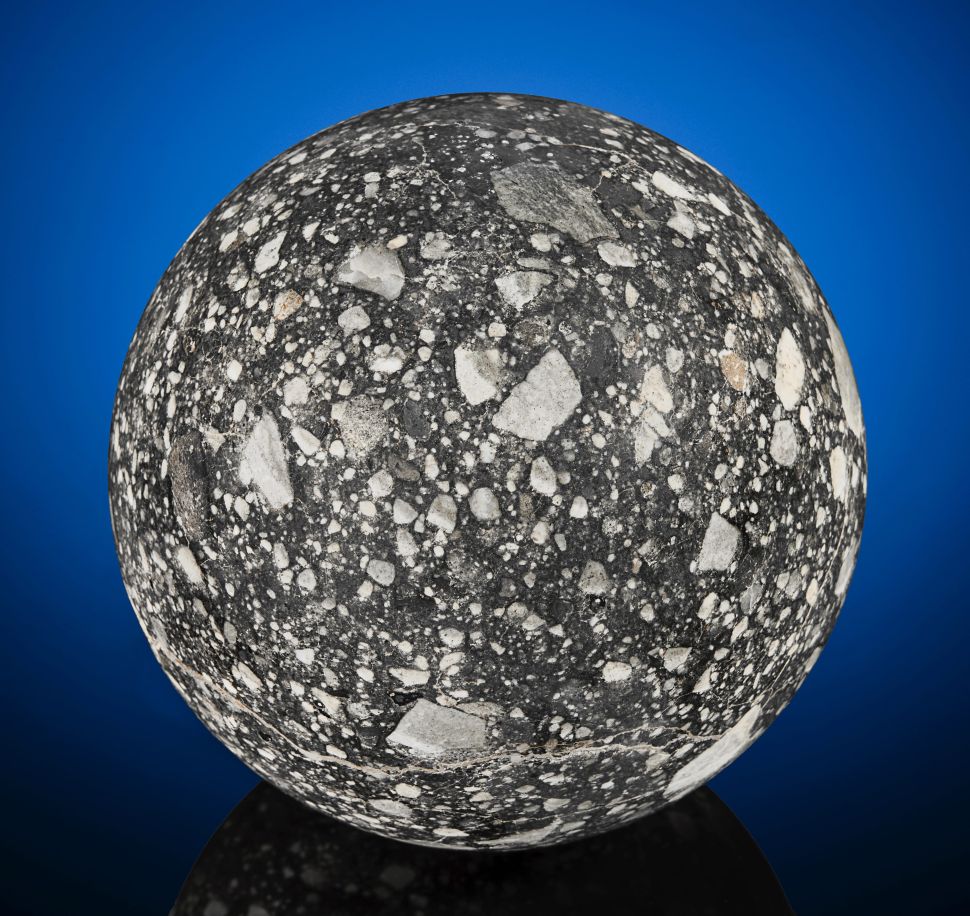