Cindy Crawford and Rande Gerber bought their Beverly Hills home less than three years ago, but they’re already looking to offload the mansion.

The supermodel and the Casamigos co-founder just listed the five-bedroom, 5.5-bathroom Los Angeles abode for a touch under $16 million, which would be a major profit from the $11.63 million they paid OneRepublic musician Ryan Tedder for the house in September 2017.

It doesn’t appear that Crawford and Gerber did too much to the interiors of the home, though they did paint the exterior gates black. Tedder, however, completed a major renovation on the midcentury modern home during his ownership, and restored and expanded the estate, per the Los Angeles Times.

There are high ceilings and walls of glass throughout the 5,386-square-foot home. The double living room contains a floor-to-ceiling fireplace that separates the spaces, with a marble wet bar and a media room.

The eat-in kitchen is equipped with stainless steel appliances, a center island, marble countertops, white cabinetry and breakfast bar seating, and is open to a family room.

The owner’s suite has a bathroom with double marble vanities and a glass-enclosed shower.

The entire single-story house opens up to the backyard, where there’s a pool and a spa, plenty of lounging areas and a large built-in fire pit.

Gerber and Crawford mainly reside at their dreamy Malibu beach house, where they’ve been spending quarantine, though per the model’s Instagram, they’ve spent a bit of time at this Beverly Hills abode. They also own a La Quinta desert retreat in Coachella Valley, for which they paid $5.4 million last year, and were reportedly on the hunt for an apartment in New York last year. 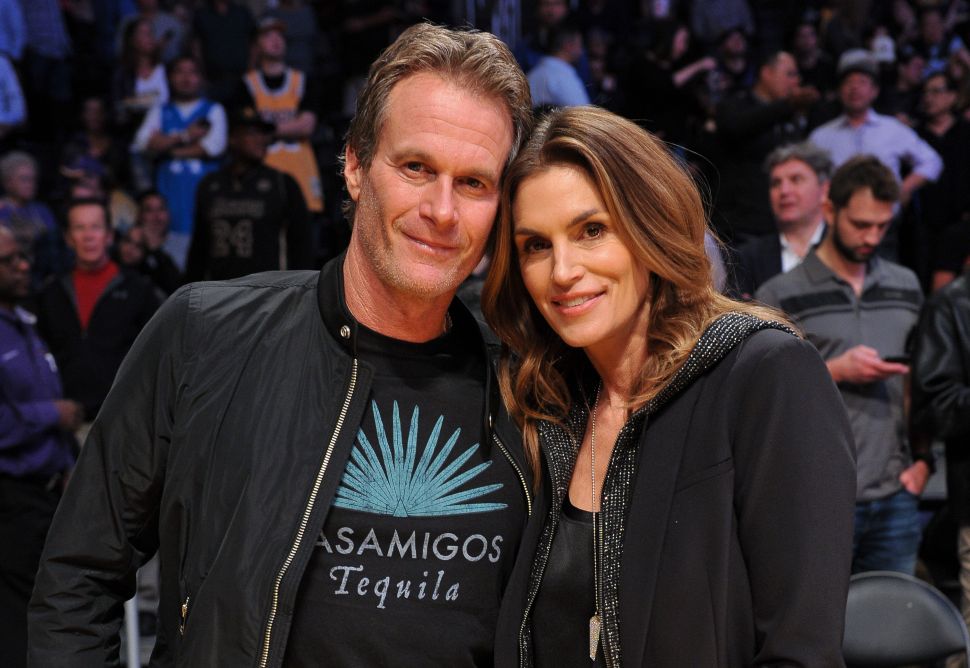