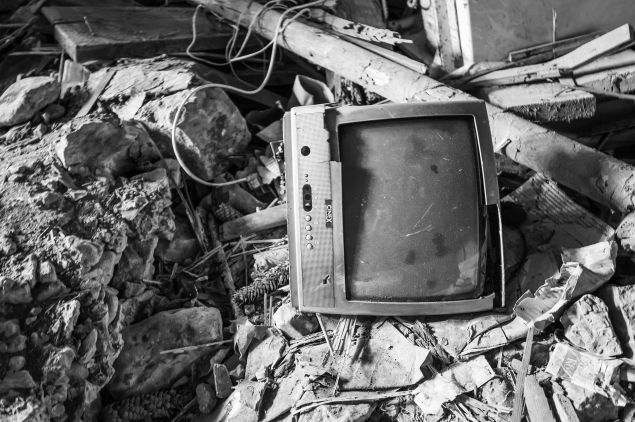 The age of linear television is rapidly coming to a close. Pixabay

While a recent report suggested that pandemic streaming habits may have already peaked, it’s likely too late for  traditional linear television to recover from the blow dealt by COVID-19. The proliferation of online television had already eaten away at the old guard’s foundation. A record six million customers opted out of a traditional pay-TV bundle in 2019 and three million cut the cord the year prior. It’s a trend that has only accelerated in 2020 as the coronavirus has wreaked havoc on linear TV while streaming platforms provide a steady dose of fresh content. A recent Roku study found that one in three U.S. TV households no longer pay for a traditional TV-subscription and it’s only getting worse.

Around 42% of consumers are planning to cancel their cable subscription, according to a new survey from online video marketer Unruly. Importantly, the study notes that U.S. audiences aren’t watching less TV (quite the contrary). Instead, they’re seeking out new TV destinations. More than one third (35%) of US consumers have tried a new ad-supported streaming service since COVID-19 began and 79% will continue to do so. With the production shutdown bottlenecking linear TV’s creation, streaming has leapfrogged the incumbent power with new content and favorable pricing.

The great audience migration of 2020 is not just a splashy narrative picked up by a single outlet. Research across the industry has highlighted the same trend. For example, 50% of consumers now say online TV platforms are their first stop for TV viewing, comfortably surpassing traditional pay TV (42%), according to Hub Entertainment Research. In particular, Netflix —which has released upwards of 60 original films and series per month since the pandemic began—has continued its steady climb as consumers’ TV “default,” and live TV has continued its steep drop over the past four years. 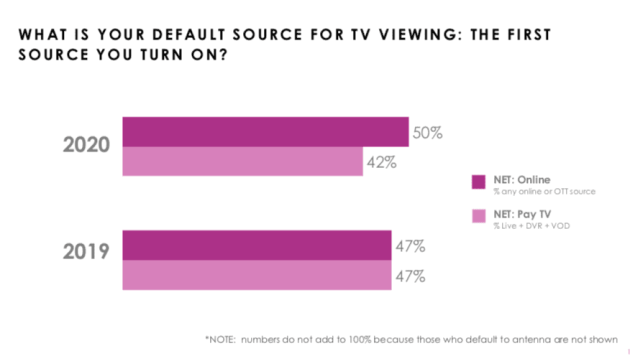 Unsurprisingly, the majority of converts are younger viewers who are more familiar with online streaming platforms. Fewer than one in five young consumers default to live TV, down seven points from last year, per Hub. Only 14% of 18-34 year olds turn to live TV before any other source, a steep drop from 21% in 2019. However, even more concerning for traditional media is the shift in older viewers. Among live TV’s strongest adherents—those age 55 or older—the proportion defaulting to live has dropped significantly since just last year. What was once a reliable demographic is now anything but.

“We’ve seen a significant boost in streaming TV service subscriptions since the start of the pandemic in March of this year,” said Peter Fondulas, principal at Hub and co-author of the study. “But perhaps more significant than the simple increase in online subscriptions is the profound shift in consumers’ viewing behaviors generally. Instead of reaching first for the cable remote when it comes time to watch TV, more and more consumers are defining TV viewing, first and foremost, as viewing on streaming services. Whether that shift persists once the pandemic crisis has passed is, of course, the billion-dollar question.” 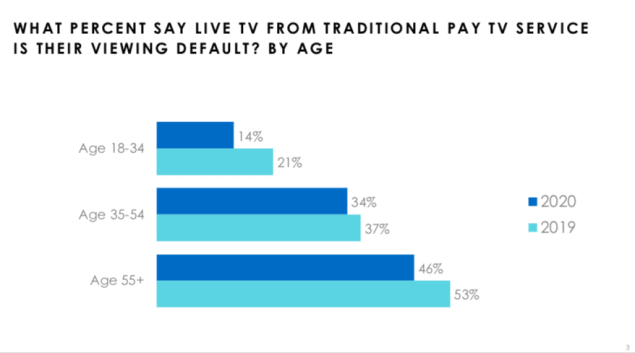 So to recap: consumers are more likely to select a streaming service as their first TV option than live TV and younger viewers are flocking toward streaming while older audiences are migrating as well. Overall, that paints a pretty grim picture for traditional linear television which is only exacerbated by the pandemic. With ViacomCBS planning to relaunch CBS All Access as a “super service” in 2021 while HBO Max and Peacock grow stronger over time, we are perhaps on the brink of the end of TV as we know it. 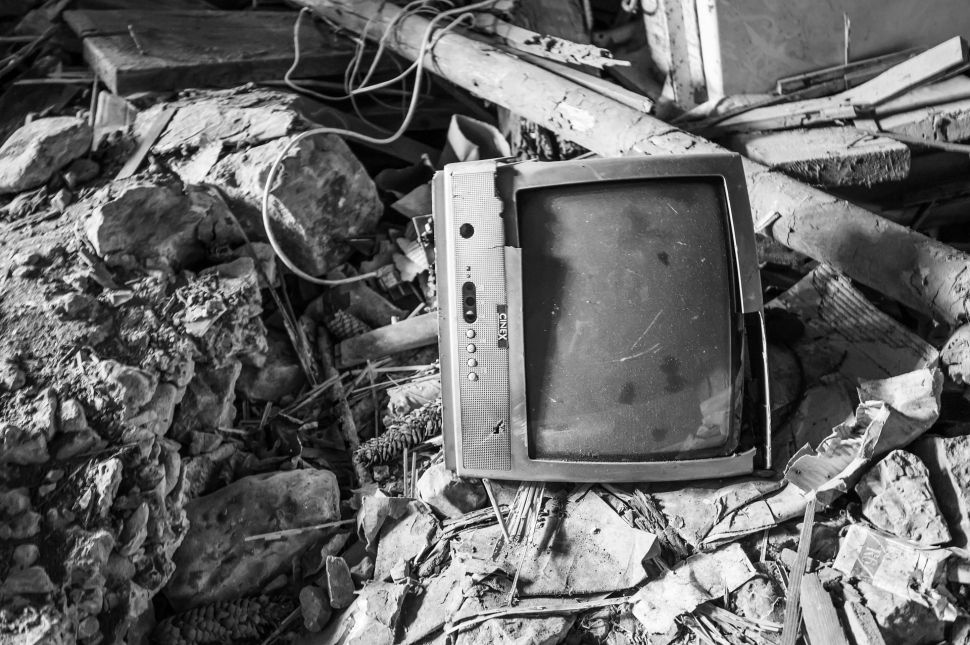