The U.S. government has pledged nearly $5 billion to COVID-19 vaccine developers globally to make sure that the first batch of approved vaccines will get to Americans, hopefully before the end of 2020. However, the Centers for Disease Control and Prevention (CDC)’s latest estimate suggests that the first batch of vaccines is not nearly enough to cover even the highest-risk population. And the government isn’t yet clear about who should get vaccinated first.

Depending on how many vaccine candidates make it to the finish line, there may be 10 million to 20 million doses available at first, according to a CDC presentation to outside vaccine advisers last week, The Wall Street Journal reported. But public health officials have said more than 100 million Americans, including health care workers and other essential workers, should get vaccinated before the general public in order to save lives.

That means hard decisions need to be made about who amongst the high-risk group will get vaccinated first and how doses should be distributed to the rest of the population. For example, “it could mean prioritizing staff at hospital emergency departments and intensive-care units over health care workers who have less interaction with the sickest patients,” the Journal reported, quoting CDC officials.

A number of government agencies and COVID-19 committees are in the process of drawing up such plans. But it’s not yet clear who will have the final say.

The decision is likely up to the CDC’s own vaccine committee, the Advisory Committee on Immunization Practices (ACIP), which typically makes recommendations on which vaccines the federal government should purchase and distribute.

Yet, the CDC and the National Institutes of Health have also asked the National Academies of Sciences, Engineering and Medicine (NASEM) to form a separate committee to draft a vaccine distribution plan.

President Donald Trump’s own coronavirus task force, Operation Warp Speed, may also have a say in this, according to an administration official interviewed by the Journal. The group is already the primary decision-maker on which vaccine developers the U.S. government sign supply contracts with.

Finally, the Food and Drug Administration (FDA) may get involved as well. The agency has a history of including distribution limits in writing up drug approvals. When authorizing the emergency use of Gilead Sciences’ coronavirus treatment, remdesivir, in May, the FDA specified that the drug must be used for hospitalized patients, not those quarantined at home.

A lot is at stake for an effective vaccine to reach the market in time. “The steep rise in vaccine probabilities is one key reason that the equity market has managed to make new highs even without definitive improvement in U.S. health outcomes,” Goldman Sachs analysts said in a report on Wednesday cited by MarketWatch.

If the first COVID-19 vaccine can be broadly available by the first quarter of 2021, we “could see a substantial boost to GDP relative to a ‘no-vaccine’ case,” the bank said, “particularly for the U.S., which is likely to lead the vaccine race and is likely to experience worse outcomes than in Europe without a vaccine.” 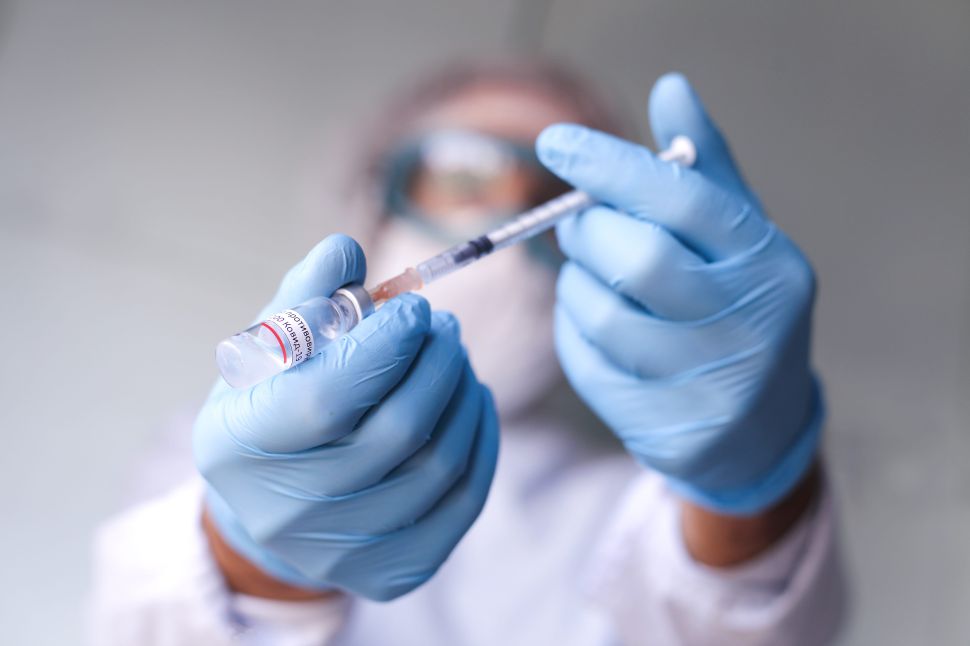