It’s been a tough summer for museum-lovers all around the world. Due to the coronavirus rendering indoor areas dangerous, we’ve had to go months without access to our favorite paintings and antiquities.

However, on Tuesday, the Israel Museum in Jerusalem made an encouraging step towards normalcy: the institution, which originally closed down in March, pulled the Dead Sea Scrolls out of a reinforced, climate-controlled vault so that they’ll be visible when the museum reopens. The Dead Sea Scrolls are, of course, some of the oldest-known surviving manuscripts of works later memorialized in the Hebrew Bible.

“Each scroll sits in the showcase only for three months, then we rotate the parts,” the Israel Museum’s Shrine of the Book curator Hagit Maoz explained to the Associated Press. When the coronavirus hit, Maoz, continued, there were too many unknown factors to justify keeping the Scrolls on display: “Because we didn’t know how long we won’t be here, to be on the safe side we decided to take everything down.” When they’re being preserved during the times in which they’re not on display, the Scrolls require humidity and low lighting so as to remain intact for as long as possible.

Additionally, the Israel Museum, which will reopen on Thursday for 2,000 people at a time, was also forced to put many of its 500 employees on an extended furloughing program that will now be revoked once they return to work. “I feel that the museum is returning to life,” Maoz continued in her interview with the Associated Press. “A museum that can’t welcome its patrons is a dead museum. An artwork and exhibit are not complete without visitors.”

Plus, while America continues to flounder when it comes to giving arts institutions federal assistance in the midst of the virus, Israel’s Culture Ministry generously donated funds to the Israel Museum so that it could reopen. 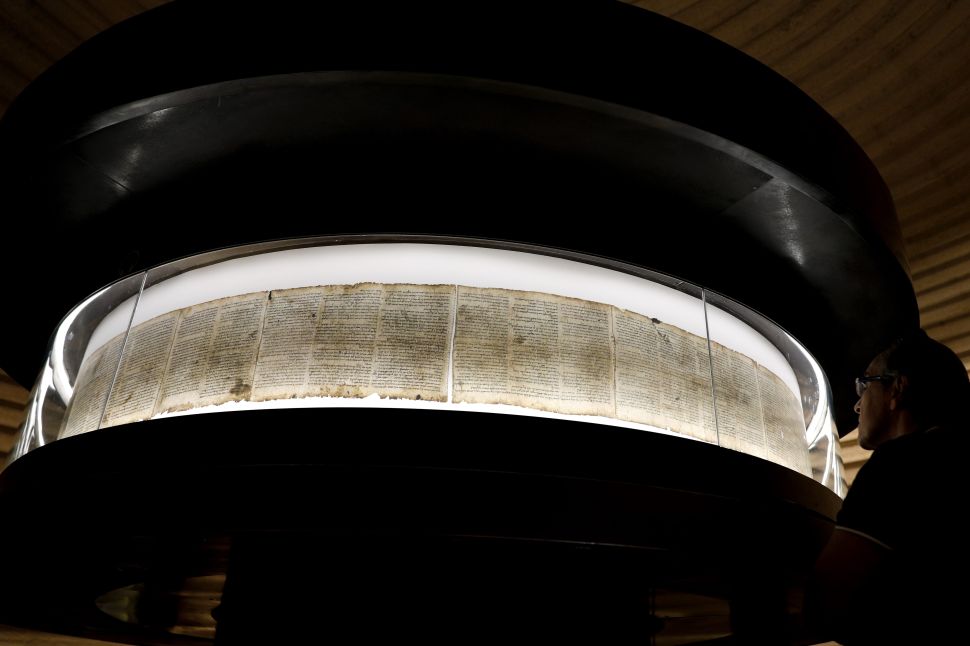