Elon Musk once said that one day, “all transportation will be electric, except for rockets.” Yes, that even includes airplanes, which have long been on his list of things to electrify.

The Tesla CEO first floated the idea in an interview in September 2018. The plane he envisioned was a vertical take-off and landing (VTOL) vehicle capable of flying at supersonic speeds at high altitudes.

The idea has largely remained a far-fetched dream because in order for Musk’s design to work, the plane would require a battery with an energy density higher than 400 Wh/kg. Tesla’s newest batteries, Panasonic’s “2170” batteries used in Model 3 cars, can only achieve an energy density of around 260Wh/kg.

But Tesla is working to increase that capacity at unprecedented speed right now. In a new exchange with ARK Investment analyst Sam Korus on Twitter, Musk said Tesla may be able to achieve volume production of 400wh/kg batteries in just three to four years.

Although that will largely be a result of Tesla’s effort to extend a vehicle’s driving range, a battery of that capacity will be just powerful enough to get an airplane off the ground.

“[Batteries of] 400 Wh/kg with high cycle life [being] produced in volume (not just a lab) is not far,” Musk tweeted Monday night in response to a Korus’ post speculating on Tesla’s electric jet project.

“Such high energy density can increase the range of electric vehicles by approximately 280 km or even enable electrified urban aviation,” researchers led by the physicist Jeff Dahn wrote in the paper.

Tesla is scheduled to host its “Battery Day” event along with the company’s annual shareholders meeting on September 22. The electric carmaker is expected to announce updated on several key projects, including the Cybertruck, its battery production facilities and a rumored “super battery” that could last a car up to one million miles throughout the battery’s life. 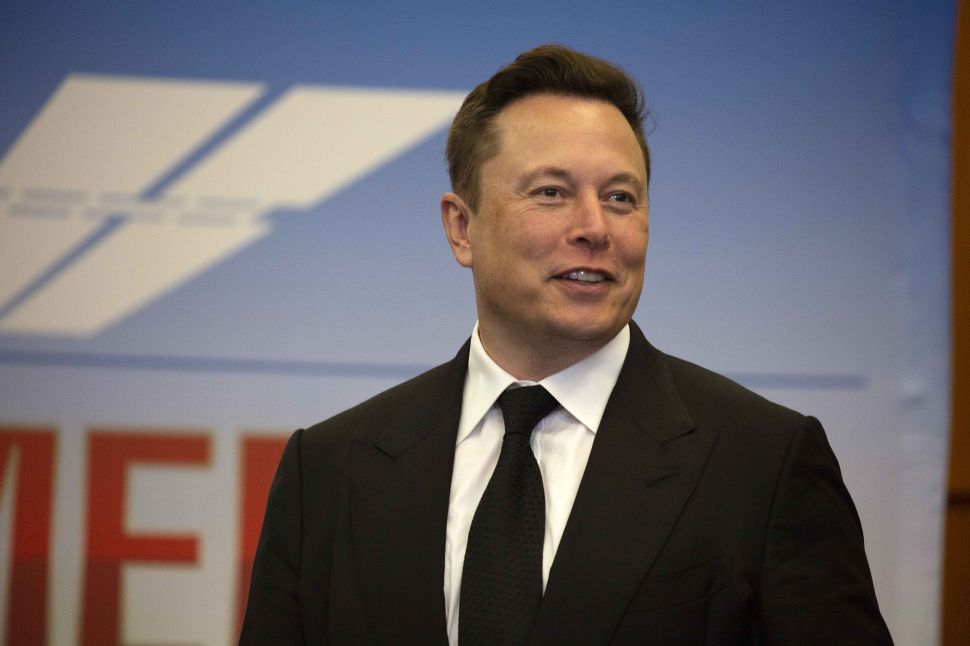