The world’s most popular video game is no longer available on Apple devices and in Google Play Store. On Thursday, Apple removed Fortnite from its App Store after the game’s developer, Epic Games, launched its own in-app payment system that would circumvent Apple’s 30 percent App Store fee.

Google followed the suit the same day and kicked Fornite out of its Play Store after Epic implemented a similar same payment feature in the Android version of the game.

What Are Both Sides Saying?

In a statement, Apple claimed that Fortnite intentionally bypassing App Store’s payment system was a move to “push for a special arrangement” with Apple. The iPhone maker said it “will make every effort to work with Epic to resolve these violations so they can return Fortnite to the App Store,” but waiving the App Store fee is out of the question.

Meanwhile, Epic Games has filed a civil suit against Apple seeking to establish the tech giant as a monopoly,” a growing public concern that Apple CEO Tim Cook was grilled for in a recent congressional hearing.

“Apple’s removal of Fortnite is yet another example of Apple flexing its enormous power in order to impose unreasonable restraints and unlawfully maintain its 100 percent monopoly over the iOS in-app payment processing market,” Epic said in a statement.

“Epic brings this suit to end Apple’s unfair and anti-competitive actions that Apple undertakes to unlawfully maintain its monopoly in two distinct, multibillion-dollar markets: (i) the iOS App Distribution Market, and (ii) the iOS In-App Payment Processing Market(each as defined below),” the company said in a complaint filed in the US District Court for the Northern District of California on Thursday.

Can You Still Play Fortnite?

Those who have already downloaded Fortnite on iOS are still able to play. And for now, you’re even allowed to use Epic’s new in-app payment system, which will give you a 20 percent discount on V-bucks, Fortnite‘s in-game currency.

Epic said on its website that the game would continue to function until the release of Chapter 2-Season 4. After that, players will still be able play the 13.40 version of Fortnite, but will not be able to access any new content or the new Battle Pass.

New downloads from App Store and Play Store are now disabled. But the game is still available in other Android app stores, including Samsung’s Galaxy Store.

The game is also available on video game consoles, including Sony PlayStation and Microsoft’s Xbox. Both companies also collect 30 percent of user purchases on their app store, which brings into question whether Epic will also eventually protest those networks.

Neither Apple nor Epic has mentioned this, but it’s worth noting that Epic is partly owned by Chinese internet giant Tencent, the parent company of the controversial messaging app WeChat.

Last week, President Donald Trump signed a pair of vaguely-worded executive orders to ban any U.S. transactions with Tencent (and TikTok’s parent, ByteDance) starting September 20. Although White House officials later said the ban would only apply to WeChat and not affect Tencent’s gaming portfolio in the U.S., the detailed scope of the ban will ultimately be subject to the Department of Commerce, according to Trump’s orders.

Uncertainties over what exactly will be banned and what won’t have already worried many U.S. multinational companies with business in China. About a dozen of companies, including Apple, Ford and Disney, are in talks with the White House to seek clarification.

Tencent owns 40 percent of Epic Games. The company also has an 84 percent stake in Supercell, maker of Clash of Clans, and total ownership in Riot Games, which makes League of Legends and Valorant. 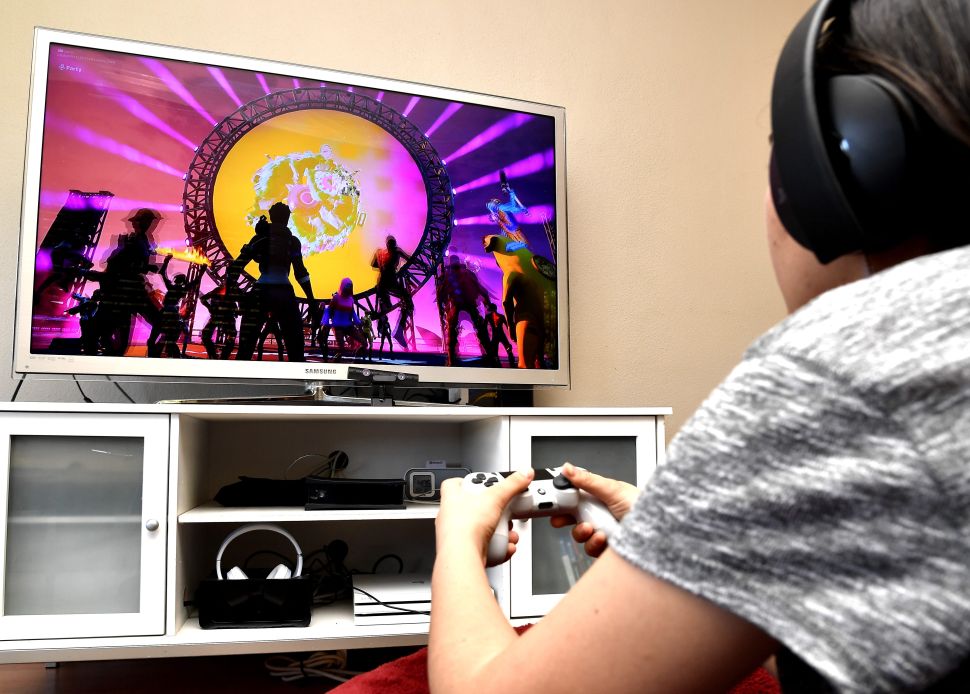