During a time in which scientific inquiry and the rapid development of a vaccine that can fight COVID-19 is essentially the most important endeavor in the world, it’s fitting that today’s Google Doodle honors the birthday of Julius Lothar Meyer, a German chemist who became one of the two scientists who independently discovered the periodic law of chemical elements.

Additionally, Meyer’s hand in the periodic classification of the elements led to his design of the periodic table which is still used to this day; this combination of intuitive design and scientific discovery makes him rather unique amongst pioneers in science.

SEE ALSO: After Allegations of Systemic Racism, the Guggenheim Has Released a Diversity Plan

Meyer published a textbook in 1864 entitled Die modernen Theorien der Chemie; otherwise known as Modern Chemical Theory. The theories he put forth in this text included a preliminary system for classification and stratification of 28 separate elements, and Meyer organized these elements based on their atomic weight. The modern periodic table is a direct descendent of this original organizational structure.

However, Meyer was thwarted by Russian chemist Dmitri Mendeleev, who published his own research that placed all known elements at that time into one table before Meyer could. Nevertheless, both men have certainly earned their places in scientific history.

Additionally, Meyer published another paper in 1870 that included graphic representation of the symbiotic relationship between atomic volume and atomic weight. This representation provided robust evidence for the periodic law that’s now ubiquitous: it describes how among the elements, cyclical patterns keep them similar and in conversation with one another.

Although these types of developments may be less legible to everyday citizens of the world, they are crucial to the type of scientific work that now keeps human beings safe and vaccinated. In a year in which scientific genius is more necessary than ever, Meyer’s work certainly stands the test of time. 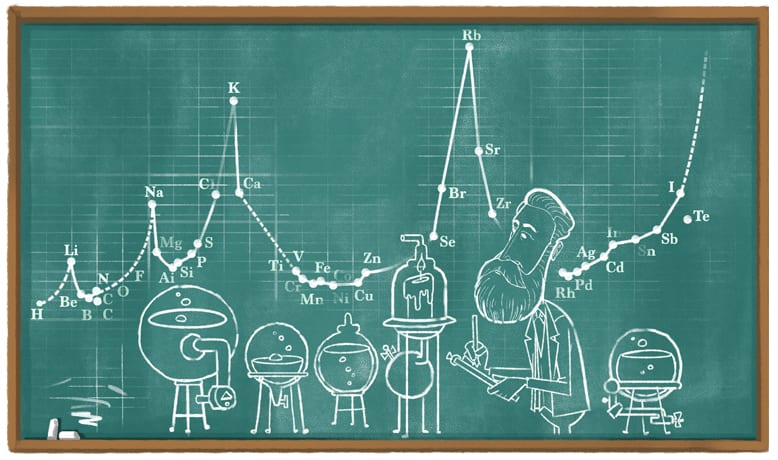