As the first two seasons of HBO’s Westworld revealed their twists and turns, every path ultimately led inward, back to the secret bunker where facsimiles of humanity produced simulated humans in chrome industrial hallways. The wild west-themed park from the first season was joined by a World War II-themed area and one themed after feudal Edo-era Japan, creating a timelessness that obscured an unrevealed present for the initial 20 episodes.

When the third season of Jonathan Nolan and Lisa Joy’s sci-fi show promised to zoom out into the real world that produced such a backward future, viewers could have assumed that it would reveal a bleak reality—where else could a company as corrupt and nihilistic as Delos Incorporated exist?

The artists at Pixomondo, the VFX house that would be responsible for rendering and enhancing much of the new world, were under the same assumption when they first read the scripts for Season 3. That made their initial conversations with Nolan about the season both surprising and exciting.

“When we first heard ‘futuristic Los Angeles,’ we thought of the cliché, with an overpopulated LA with lots of trash everywhere,” Nhat Phong Tran, the Pixomondo VFX supervisor, tells Observer, mentioning the look of classic sci-fi films like Blade Runner as a reference. “But when Jonah actually talked about it, he said imagine the technology that is available to make a theme park like Westworld—it means having access to that technology has to mean that we have a future that’s different and better than Blade Runner.”

Nolan specifically mentioned that society in this world, which is set sometime between 30 and 50 years from now, will have made major strides with green energy. They also assumed that coastal real estate would be at even more of a premium than it is today, turning cities that are already marked by massive inequality into soaring and sustainable playgrounds for the rich (and their pursuers, led by Evan Rachel Wood’s Delores).

Pixomondo teamed with the production to take three-plate images of modern LA, captured by cameras mounted on helicopters, and transform them into a futuristic skyline with new building designs made by both hand and the CityEngine algorithm for some of the wider shots. In particular, the Pixomondo team was asked to look at both the green architecture in Singapore and the work of the Danish architect Bjarke Ingels for inspiration.

“He’s known for incorporating a lot of functionality and how to make a place to live and work really enjoyable,” Tran says. “He incorporates a lot of greenery and vegetation into his architecture so that the spaces are being used more efficiently, but it also makes it like a little bit more warm-hearted while retaining a very sleek design.”

There are several buildings that take notes from Ingels work, while others borrow from designs created by Christoph Ingenhoven, a German architect who also specializes in green, industrial and sleek constructions. Tran’s team looked to Ingenhoven’s Marina One in Singapore in particular as a model for what these new broad, sustainable, futuristic buildings should look like.

Pixomondo was also responsible for the cars and SUVs in Westworld’s outside world, the sort of driverless vehicles that would make Elon Musk’s heart palpitate. The key was to re-conceptualize both the interior of the car—why have front and back seats when there is no driver? Why not have passengers face one another?—and how it runs in relation to other vehicles.

For the design, they looked to a concept by Audi, and for how it actually drives, the team had to plot out what would happen to the rules of the road if the human element was fully removed from transportation.

“In the background of one scene, you’ll see an intersection that has no traffic lights, and the cars are pretty much just like driving without colliding,” Tran says. “There is a fuzzy logic to it, but cars adapt to the speeds of others so they can cross the intersection without really coming to a full stop or crashing into each other.”

As a result, Tran adds, “the future of L.A. traffic is a bit better than the current version of L.A. traffic,” which may be the most optimistic thing about all of Westworld. 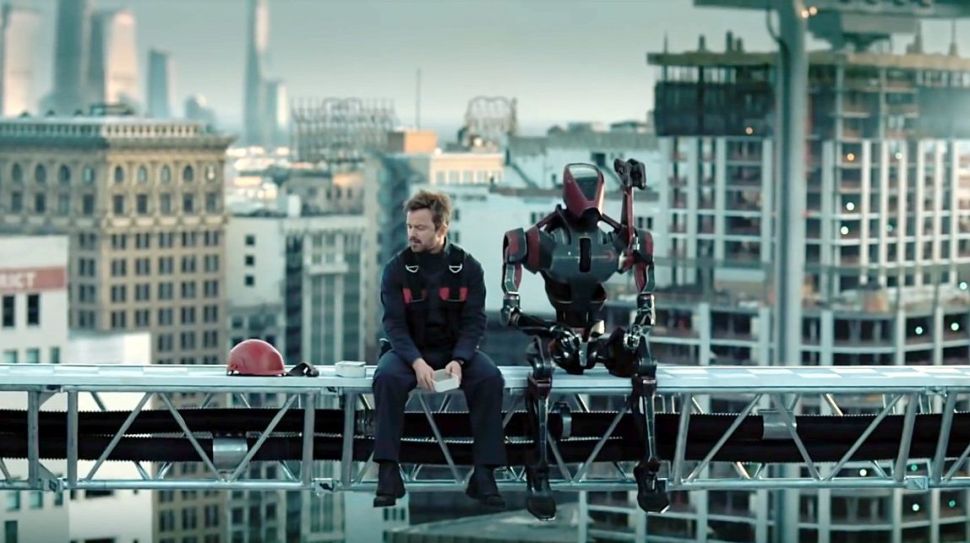