About a month before President Donald Trump began to wage a war on the social app TikTok that is forcing its Chinese owner, ByteDance, to sell the app, another nationalist leader took action against it.

On June 29th, India woke up to a weird and frantic announcement about the Indian government banning TikTok and 59 other Chinese apps, which into effect the next day.

The Indian government claimed this decision was made over security concerns and apparently had nothing to do with the 20 Indian soldiers martyred in the Galwan Valley clash over the disputed Himalayan region of Ladakh. Citizens claimed the Chinese incursion was like Schrodinger’s cat because of the inconsistency of statements coming from the government officials and the dead bodies of young men that were telling a different story.

Time and again Chinese apps have come under scrutiny for spying or sneaking in user’s devices in more ways than needed. Zack Doffman, a cybersecurity expert at Forbes, said this move by the Indian government had nothing to do with TikTok and everything to do with the Chinese clash. Citizens echo this statement.

“Banning these apps is just a gimmick only to please right-wing extremists and pacify people who can’t differentiate between jingoism and patriotism,” said Meghna Athwani, a Ph.D. scholar at Lucknow University and a research associate at Lucknow’s Policy Think Tank, pointing at the populist politics of the ruling BJP. “It has been seen that this government never comes up with real-world hard-hitting solutions. They focus on distractions.”

Leher Sethi, a TEDx Speaker, social activist, and advisor to the Delhi Literature Festival, agrees. “I feel that the ban was a very sudden and ill-managed one. In keeping with most of this government’s other decisions, it was unplanned, and hastily executed,” she tells Observer. Sethi criticized the government for making random decisions without planning or execution such as what she calls a “demonetization disaster,” which robbed many people of their livings. “Japan, for example, earmarked $2.2 billion to help its manufacturers shift production out of China.”

Time and again the Indian government has been criticized for moves that are superficial and larger than life, such as the lockdown that was supposed to give time to the healthcare professionals to deal with COVID-19. Instead, the testing rates across states are pathetic while the country has hit 1.86 million positive cases. As one social media user pointed out:

If modi wants to destroy china then instead of banning chinese apps he should move there and become their leader.@NarendraMoMo @RoflGandhi_ @kunalkamra88 @ReallySwara @anuragkashyap72

TikTok itself may lose up to $6 billion as a result of losing India’s 611 million users, who constituted about 30% of their accounts. Indian TikTokers were likely even more outraged by the news, as it compounded troubles that had started earlier this summer.

A month before the ban happened, there was a massive debate going on among the Indian youth on TikTok Vs YouTube. It began when a YouTuber called Carryminati, who boasts about 24 million followers, made a video that roasted TikTok influencers. He called their content cringey and, more significantly, used homophobic, transphobic and misogynistic slang. Think of Carryminati as the Indian version of PewDiePie in terms of influence and following. This particular video went viral, as expected, and was later taken down.

Still, it illustrated an important divide in the culture. While Carryminati and many other YouTubers mock TikTokers in India, the most glaring difference between the users of YouTube and TikTok is the class difference.

TikTok was a platform that required minimal effort in terms of set-up and equipment, allowing people from the most downtrodden areas to use it with few barriers. News analyst Neeraj Rao, belonging to India’s Hindi heartland, who runs the YouTube channel One Indian Voice, said talent isn’t dependent on a single platform, there just needs to be an alternative.

Tuli Bakshi, a postdoctoral researcher from India’s top tech school IIT Bombay and an alumna of IIT Kharagpur, echoed similar sentiment about the replacement for TikTok.

“TikTok was a livelihood and indeed was giving recognition to the working class and they have lost a livelihood and are currently struggling,” she said. While Bakshi appreciates that users were given ample time to save their work, she notes that in this era of technological advancement, an app can be replaced, provided there is an effort.

Building on the sentiment, Leher Sethi, social activist said that TikTok was like an online version of India’s Got Talent minus the judges for the poor/lower class. As Tuli Bakshi and Neeraj Rao agree that there will be some new app that could in future replace TikTok, Leher said that “replacement” should have been made available before TikTok was banned so people could have a smooth transition.

“That, I feel, would have been a much better way to have done it, instead of this knee jerk reaction,” she said.

Did the TikTok ban hinder or help people?

Regardless of the finesse of creativity, if there were some users from miserable backgrounds that could make a buck in a country that has such high unemployment rates, while entertaining people in hard times, wasn’t that worth it?

“It’s been a month since we lost 20 of our brave in Galwan, latest reports suggest that the Chinese haven’t even moved back completely from the areas they said they would. Meanwhile, besides banning TikTok and a bunch of other Chinese apps, there seems to be no clear roadmap that the government has on how to deal with China.”

Akash suggests India has the option of pressing China over human rights abuses, assault on minority Uyghurs, and its crackdown on students in Hong Kong… but all of this would take a lot of external coordination and internal introspection, compared to TikTokers simply needing to find to find a new home. 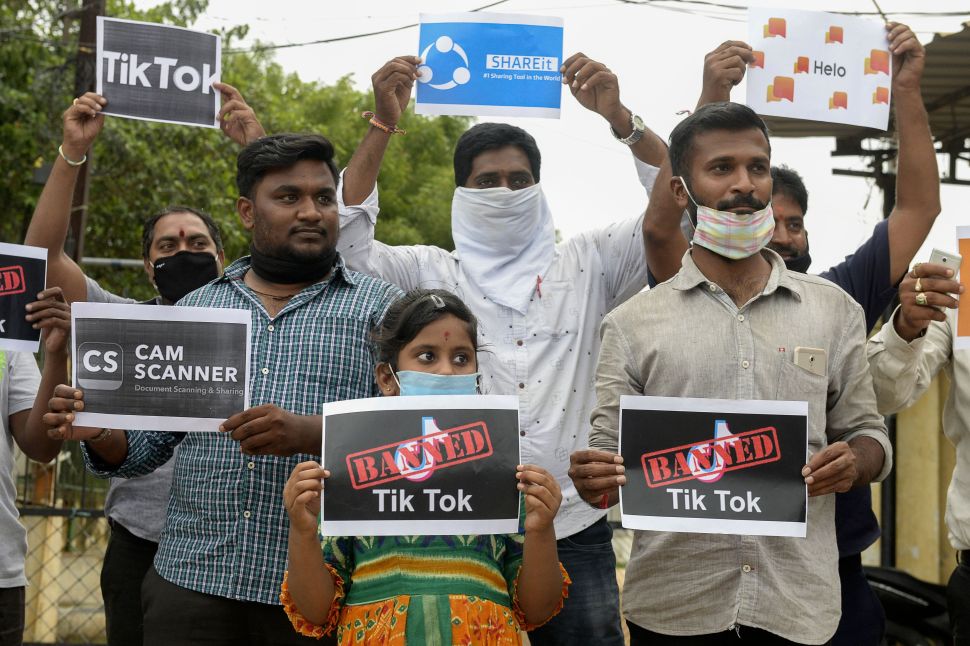