On Friday, Disney will release The New Mutants in real, actual movie theaters. With all due respect to Russell Crowe’s road-rage drama Unhinged, which scored a $4 million opening at the box office last weekend, this comic book blockbuster will be the first true test in the gradual reopening of cinemas. But before you venture off into the unknown for another superhero cinematic adventure, there’s a few things you should know about The New Mutants.

Based on the Marvel comics New Mutants, the film originated at 20th Century Fox before the studio was acquired by Disney. Fox, having seen success with their attempts to expand the superhero genre’s scope with the Neo-Western Logan and the R-rated action comedy Deadpool, set out to again reinvent the formula. Writer/director Josh Boone was brought on and described the film as “a fully-fledged horror movie set within the X-Men universe. There are no costumes. There are no supervillains. We’re trying to do something very, very different.”

Specifically, the movie follows five young mutants who are just discovering their abilities while being held in a secret facility against their will. As they fight to escape their past sins and save themselves, an entirely new world of possibility opens up. Among the cast is Game of Thrones‘ Maisie Williams (Rahne Sinclair/Wolfsbane), Split‘s Anya-Taylor Joy (Illyana Rasputin, Magik), Stranger Things’ Charlie Heaton (Sam Guthrie/Cannon Ball), Blu Hunt (Danielle Moonstar) and Henry Zaga (Roberto da Costa).

Boone initially pitched Fox on a complete trilogy that began with the upcoming release. The film was originally meant to hit theaters in April 2018, but casting shakeups, production complications and clashing visions between Boone and the studio all reared their ugly heads. The filmmaker wanted to lean into the horror elements of the movie while Fox was hoping for a more commercial vehicle with crossover potential to the still-running X-Men series. But after the first trailer was well-received, Fox gave Boone the greenlight for reshoots that supported his original tone and the movie was pushed to February 2019. At one point, it was rumored that Fox wanted to reshoot half the movie, an extensive undertaking that further delayed its arrival. Ultimately, these reshoots did not end up taking place.

Then, with Dark Phoenix arriving, Fox again pushed the film’s release date into August 2019. Soon after, Disney officially acquired Fox and Dark Phoenix became the biggest box office bomb of 2019. A slew of additional release date delays followed as the Mouse House sorted out how best to proceed with the Fox films they had inherited and then navigate through the global pandemic. An April 2020 release date was ultimately set.

With Disney set to reintroduce Fox’s Marvel characters—which spanned the Fantastic Four and X-Men properties—in Kevin Feige’s massively successful Marvel Cinematic Universe, it was clear that The New Mutants would be the last entry in Fox’s X-Men series rather than an MCU film. Due to previously existing contractual obligations, The New Mutants needed to receive a theatrical release, which is why Disney couldn’t simply remove it from the schedule altogether.

Now, after years of false starts, the horror thriller will finally arrive. Despite the cloud of negative press following this film since 2018, its core concept—young mutants held for psychiatric monitoring in an isolated hospital—is appealing. We’re essentially getting a haunted house superhero movie. We can think of or worse pitches than that. 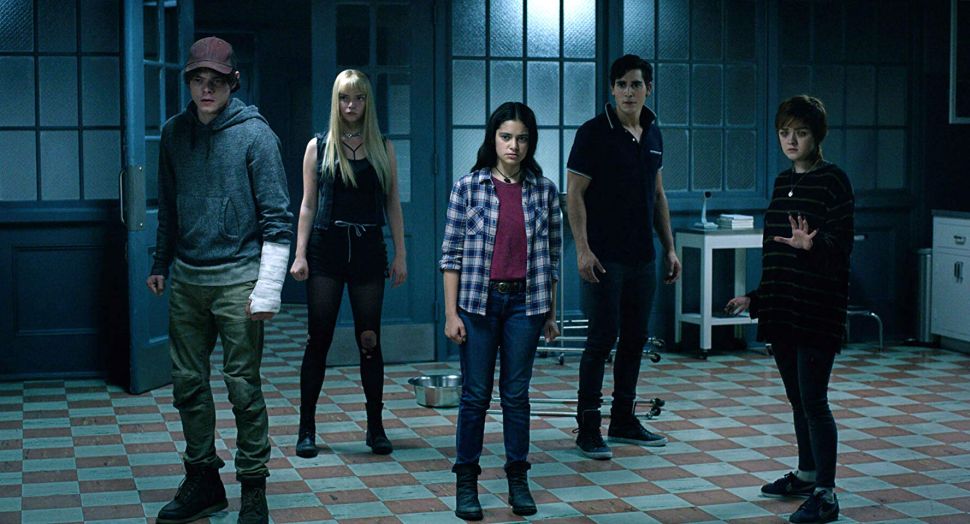