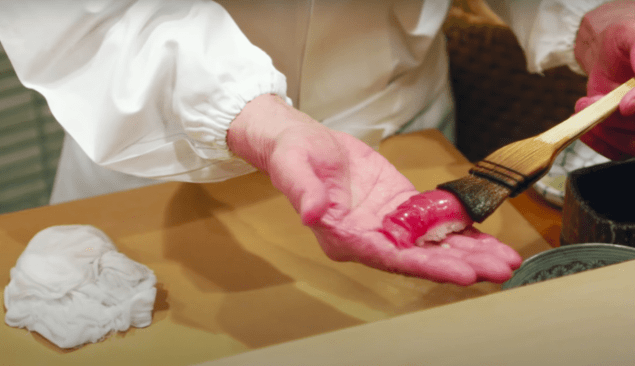 A still from Jiro Dreams of Sushi. Magnolia Pictures/Youtube

The documentary opens with a closeup of sushi being made—the initial touch of the blade, to the adding of the vinegared rice, and finally the delicious gesture of the brush dipped in soy, lightly swept across the surface of the sushi. The soy causes barely a drip, and then you hear a voice, “What defines deliciousness?”

We are given a closeup of a weathered man’s face as he considers the camera. His name is Jiro, master sushi chef and the subject of the 2011 documentary, Jiro Dreams of Sushi. The elegance and depth-of-flavor of his sushi comes from exhaustive preparation, everything from the pressure of the rice being cooked to the amount of time the meat is marinated and massaged, Jiro brings out the best from each ingredient.

SEE ALSO: How Established Writers Are Helping Debut Authors Save Their Books From Obscurity

Critical acclaim did not come easy. At the age of 91, he has lived the life of a shokunin, someone that works day in and day out, never taking a vacation, never losing focus on their craft. In 2007, his restaurant, Sukiyabashi Jiro, became the first sushi restaurant in the world to receive a three-star Michelin rating. This kind of attention has made getting a reservation elusive and expensive (upwards of $270). Everything about the restaurant and the sushi it offers, like Jiro himself, is unsuspecting and minimalistic: 10 seats, the menu changes constantly, omakase is the only choice. His cuisine has none of the “special rolls” popular in many restaurants.

When I first watched the documentary in 2012, I was astonished by its  presentation, how it perfectly captured the purity of an artistic craft. No shot is wasted; every second is given to Jiro and his sushi. It exposed that unyielding devotion to one’s work that I had been searching for. The documentary was a revelation: suddenly I found sense in what had been nonsense. 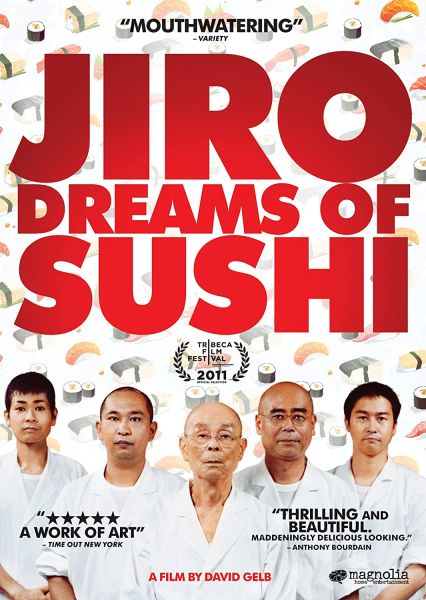 At that time,  I hadn’t yet written anything I could be proud of. Jiro Dreams of Sushi entered my life at the right time. The documentary taught me that rejection and failure weren’t bad things; Jiro experienced his fair share of failure, and his climb to the top wasn’t like others. It was his own unique experience, something to treasure. The documentary became solace, a form of therapy.

I began to view myself as a shokunin, acknowledging the sacrifice, the drive to get better. I understood a shokunin would gladly, without second-guessing, choose to work over any other option. I took sacrifice to heart and found solace on the blank page.

Flash forward to 2017. The agent I had at the time sold me on the idea of pursuing a month-long road trip directed by social media to explore and stress-test the importance and strength of digital relationships formed entirely online. The agent said it would be “timely” and would “sell.”

The agent shopped the proposal around. It didn’t sell. The agent said it was my fault, claiming that publishing with indie presses had negatively affected my career. I was encouraged to start over by writing under a pen name. The experience rendered it impossible to write.

A chance post on Facebook by an editor and friend, Cameron Pierce, a bunch of joke prompts based on films, rekindled my relationship with the documentary.The prompt went something like this: “It’s Jiro Dreams of Sushi where Jiro does nothing but dream of sushi having failed to become a sushi chef.”

It became exactly what I needed—a cleansing and a revisit to the documentary that saved me once. I hoped it would save me again. The revisit inspired me to develop a rigid writing routine: every Saturday, I would withdraw from all the noise around me and write the book that this joke had instigated.

I woke up just before dawn, walking from my apartment in Brooklyn to the Bronx and back. Physical exhaustion pushed the body and mind to near-delirium. I’d arrive home between 1 p.m. and 3 p.m, nap for exactly a half hour, order sushi from the same place, having it arrive about 10 minutes after waking from the nap. I ate the sushi during the weekly viewing of the documentary. The routine was like preparing sushi, every step about getting the best writing session possible. I’d write all afternoon, frequently losing track of time, the world around me falling to night and leaving me in a lightless room.

The result was a novel called Dreams of Being. Its unnamed protagonist is a failed writer wandering the streets of New York City looking for inspiration. He stumbles upon a restaurant opening and an elderly man protesting outside the hypocrisy of the restaurant’s cuisine. A budding friendship begins between the protagonist and this man, Jiro. 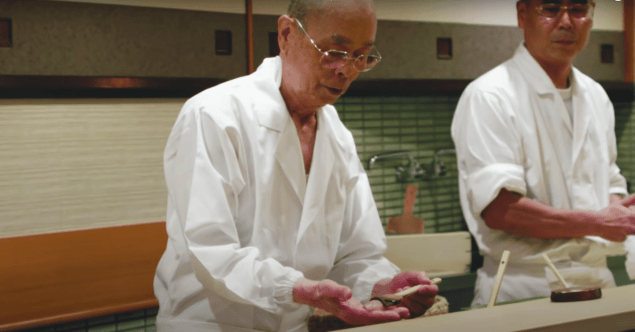 A still from Jiro Dreams of Sushi. Magnolia Pictures/Youtube

In this mirror reality, Jiro never managed to gain the success and respect that the real-world Jiro enjoys. Yet behind closed doors, he has continued to work on his craft. The shokunin endures, no matter being invisible to the culinary world. No amount of dread or doubt keeps him from sushi. The routine renewed me; I watched the documentary so many times (to date, I count 103 viewings) it metastasized into my bones, becoming a tangible book (Dreams of Being, 2020).

I can still see doubt on the horizon, the inevitability of another creative hurdle. The life of a shokunin cannot subsist without challenge. It reminds me of the closing shot of the documentary, Jiro riding the subway. The viewer would demand perhaps the happiest of endings—Jiro having become a master like none other, the work no longer as dire. But I see it, like one shokunin to another, he still deals with the same doubt and devastation.

He wears that same contemplative gaze, but just when I think the documentary fades out, Jiro flashes a smile, a smile that says everything. Maybe it isn’t quite happiness, but it confirms that all that sacrifice endured, it was enough. He put in the time. 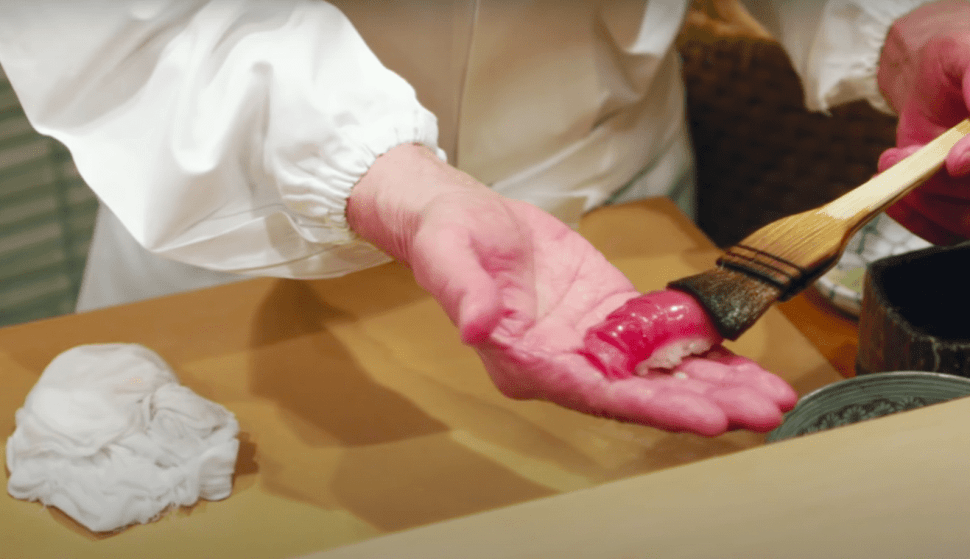