Three years and one wild online fan campaign later and the very first official trailer for Zack Snyder’s Justice League has been unveiled at WarnerMedia’s DC FanDome. The finished product will hit HBO Max in 2021 as a four-part miniseries.

Snyder oversaw 2013’s Man of Steel and 2016’s Batman v Superman: Dawn of Justice to completion, but left the production of Justice League midway due to a family tragedy. The Avengers director Joss Whedon was brought on to complete the film, which underwent rewrites and reshoots, leading to conflicting tones and visual aesthetics. The theatrically released Justice League, which flatlined at the box office and lost Warner Bros. up to $100 million, satisfied practically no one.

SEE ALSO: Reviving Ben Affleck’s DCEU Batman Is a Bigger Deal Than You Might Think

The trailer is scored to Leonard Cohen’s “Hallelujah.” It immediately debuts Darkseid, an infamous intergalactic tyrant that Snyder intended to establish as the DCEU’s ultimate villain. 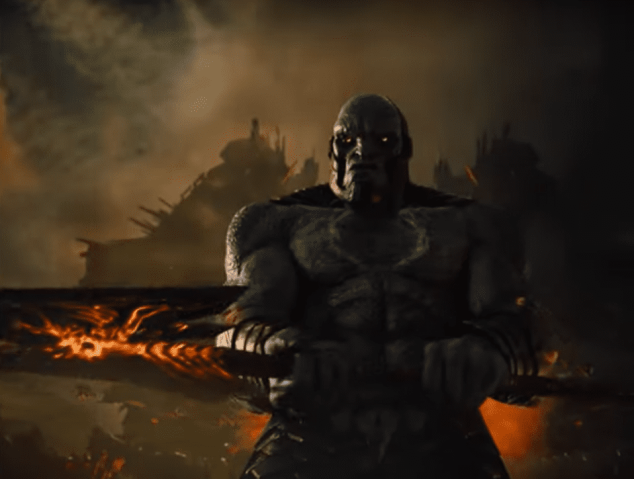 Smash cut to Superman surrounded by green and yellow-orange light. This is perhaps a brief glimpse back at his battle with Doomsday in Batman v Superman: Dawn of Justice. The imagery and somber tone suggest a more haunting version version of Justice League.

In what could be an extension of Batman v Superman‘s infamous Knightmare sequence, the camera sweeps across a desolate wasteland with alien ships hovering in the distance. We are surveying what could be the rubble from where the Hall of Justice might’ve once stood. 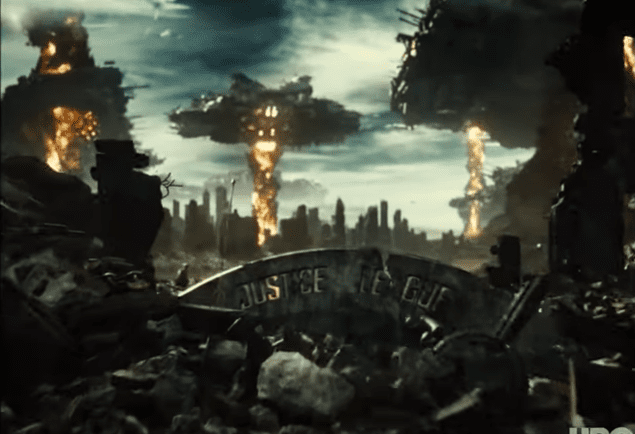 We next see Gal Gadot’s Wonder Woman entering some sort of temple. Then, Bruce Wayne overlooks a hologram of Superman. Our Bat Boy looks particularly forlorn so it’s safe to say this still takes place before the boy in blue’s big resurrection. Aquaman downs some whiskey, takes off his shirt, and plunges into the ocean. Classic Aquaman. We get some footage of Victor Stone playing football that did not make it into the final theatrical cut of Justice League.

Faster than a speeding bullet, we cut to Superman emerging from his Fortress of Solitude in his fabled black suit. Snyder has previously teased this look across social media. 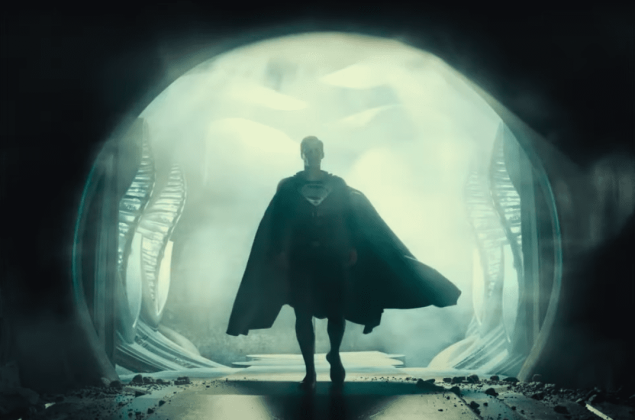 Wonder Woman comforts a young girl. It’s nice to see heroes acting heroically without the use of force. These are figures of great power who stand as symbols to the outside world. Everything slows down as Barry saves Iris West (Kiersey Clemons) from a car accident. Her character did not make the final cut of Justice League but will presumably pop up in 2022’s The Flash.

Cyborg and Batman look morose; Martha Kent visits Lois Lane; Aquaman tells off Mera. More of less, these are elements that were also present in the theatrical cut. It’s a reminder that we shouldn’t expect an entirely new movie. The Snyder Cut is an alternate version of the Justice league we did see. It will blend mostly old with a little new all in Snyder’s style. Speaking of new, we get yet another Darkseid tease. These are the previously unseen elements fans are hungry for. 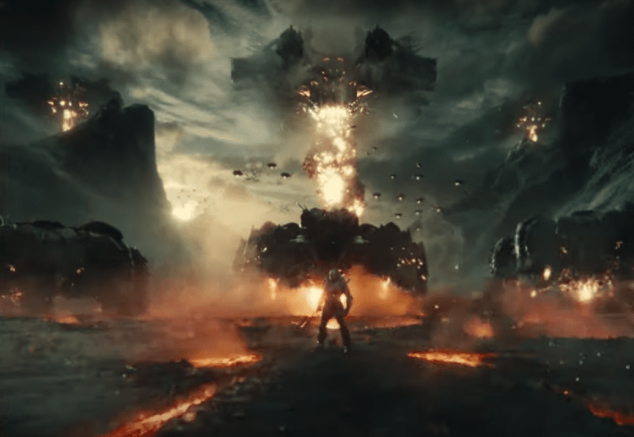 Cyborg and The Flash look a bit beat up in the next shot. A moment later, we see a figure floating above Metropolis and a concerned Lois looking on. This must be Clark’s resurrection, which might play out differently than it did in the theatrical cut.

Dr. Silas Stone is experimenting on the Mother Box as Cyborg looks on. Our hero screams as the Mother Box obliterates his father. Queen Hippolyta and her fellow Amazonians burst into the open to find a redesigned Steppenwolf arrive on their island. One major difference between the theatrical Justice League and the Snyder Cut is the visual aesthetic (the color grading is mark darker in the latter) and the CGI character designs. 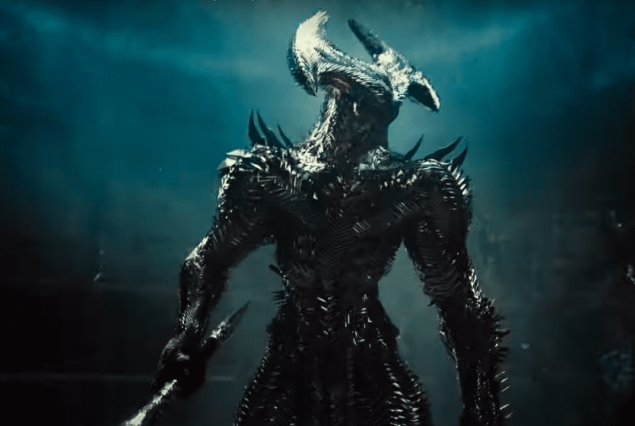 We leap into several different shots of our heroes fighting together. We see the Batmobile speeding as parademons surround it. We see the black-suited Superman throw a haymaker at Steppenwolf (always a crowd pleaser). Then, we see a couple shots of what I believe is The Flash navigating the Speed Force. It’s blink-and-you’ll-miss-it rapid, so I’m hedging my bets. 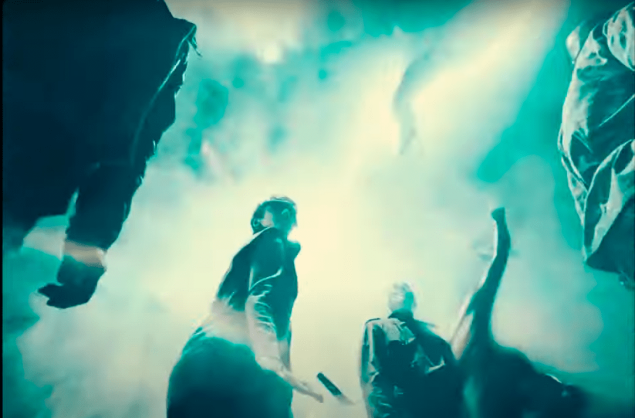 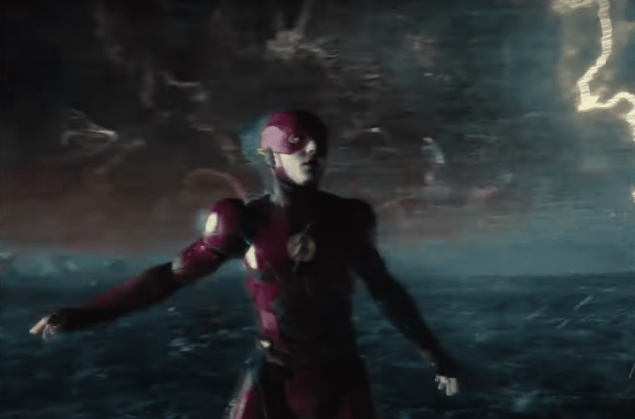 Since Batman v Superman did feature The Flash going back through time to deliver a message to Bruce, perhaps the Snyder Cut will introduce some Speed Force shenanigans.

Clark, Lois and Martha reunite. Hurray for family. How are they going to explain Clark’s revival after they held a funeral for him? Don’t worry about it! Victor Stone stops a horde of missiles in a cool-looking shot that is followed by an Atlantis flashback to Steppenwolf’s previous invasion of Earth. Ezra Miller’s Barry Allen still runs like a goofball. 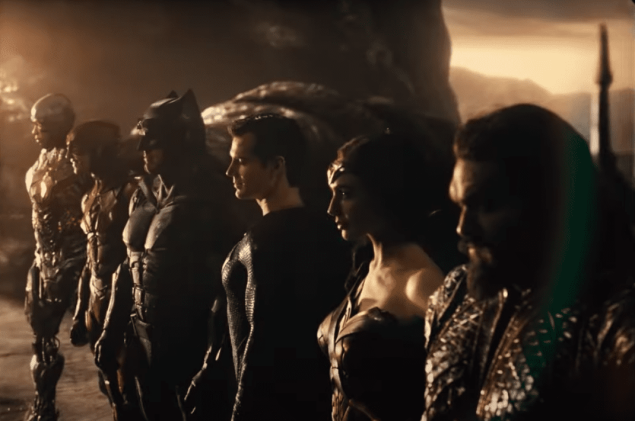 Barry expresses concern about Darkseid’s victorious conquests throughout the galaxy. Bruce sets him straight with a great Team Leader Monologue: “I don’t care how many demons he’s fought in how many hells. He’s never fought us. Not us united.”

From the looks of it, the Snyder Cut is more in line with the brooding nature of the director’s previous DCEU efforts. From the color palette and visual language to the musical choices and character design, it’s clear that this is the vision Snyder intended all along. Man of Steel and Batman v Superman proved polarizing among fans and critics alike. HBO Max’s version of Justice League will almost certainly follow in their footsteps. If nothing else, however, at least fans of Snyder’s DCEU contributions will see his story come to a proper end. 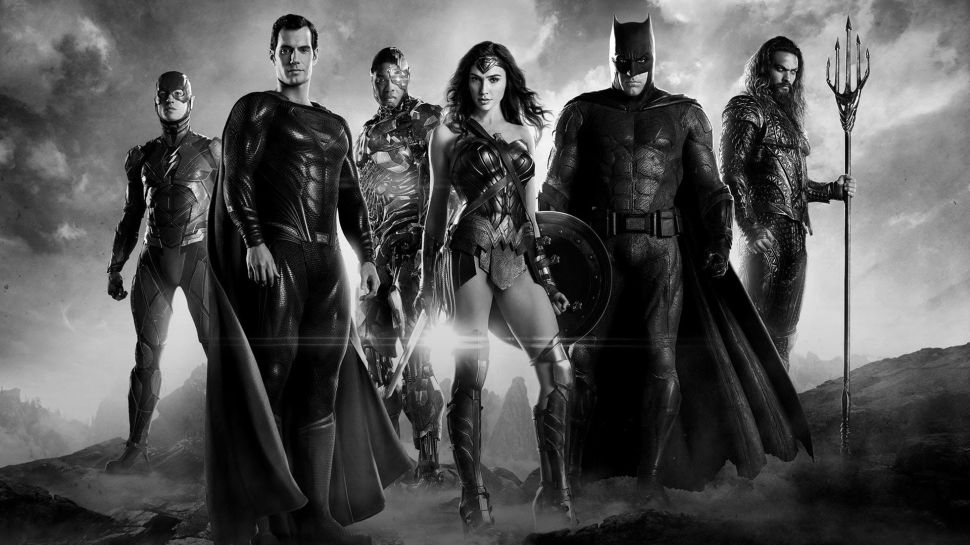