During the dog days of summer, the auction world tends to offer wackier, luridly eye-catching lots that might seem more out of place amidst the serious proceedings of other months. For evidence, look no further than Christie’s upcoming “Trespassing” online sale, which features a viewing room stacked with contemporary art directly influenced by graffiti in all its energetic and spontaneous glory. Predictably, the item that’s expected to fetch the highest price is an untitled Astro Boy sculpture ($150,000 to $200,000) by KAWS, the divisive artist who’s conquered the fashion and advertising worlds as well as fine arts. However, Ups and Downs, a series of ten screenprints completed by KAWS in 2013, is a much more interesting lot that’s for sale.

KAWS has pissed the art world off for essentially as long as he’s been successful because of the strength of his own branding. Long before other artists were collaborating with streetwear brands or lending their perspectives to commercial work, KAWS was collaborating with Japanese toy manufacturers in 1999 and pitching himself as a brand rather than as an independent creative. Cut to 20 years later, and this mode of thinking is commonplace. Because of his adherence to branding, much of the work KAWS does can come off as rote, but Ups and Downs is an exception: the technicolor closeups of the artist’s signature cartoon characters come off as disarmingly earnest. It’s not his most expensive lot ever, that being The KAWS Album, a Beatles-inspired painting that sold for $14.7 million in 2019, but it’s still expected to fetch between $60,000 and $80,000.

“The Ups and Downs portfolio is one of the most important complete sets of prints by the artist,” Lindsay Griffith, head of the Prints and Multiples department at Christie’s, told Observer. “He used a number of familiar symbols from his unique graphic language, a neon palate, double crossed eyes (seen in his early Astro Boy figurine also in the sale), and familiar cartoon figures.”

“I think the combination of appropriation, graffiti, and a willingness to collaborate with artists and tastemakers of all kinds makes for works that speak especially to young buyers,” Griffith added when asked to speak to KAWS’s popularity. “A well known celebrity following also adds to the mystique.” During a time in which inspiration can come from everywhere and the line between “high” and “low” art is constantly being blurred, KAWS’ acceptance of commercial product production makes him one of the most prescient artists of his generation. 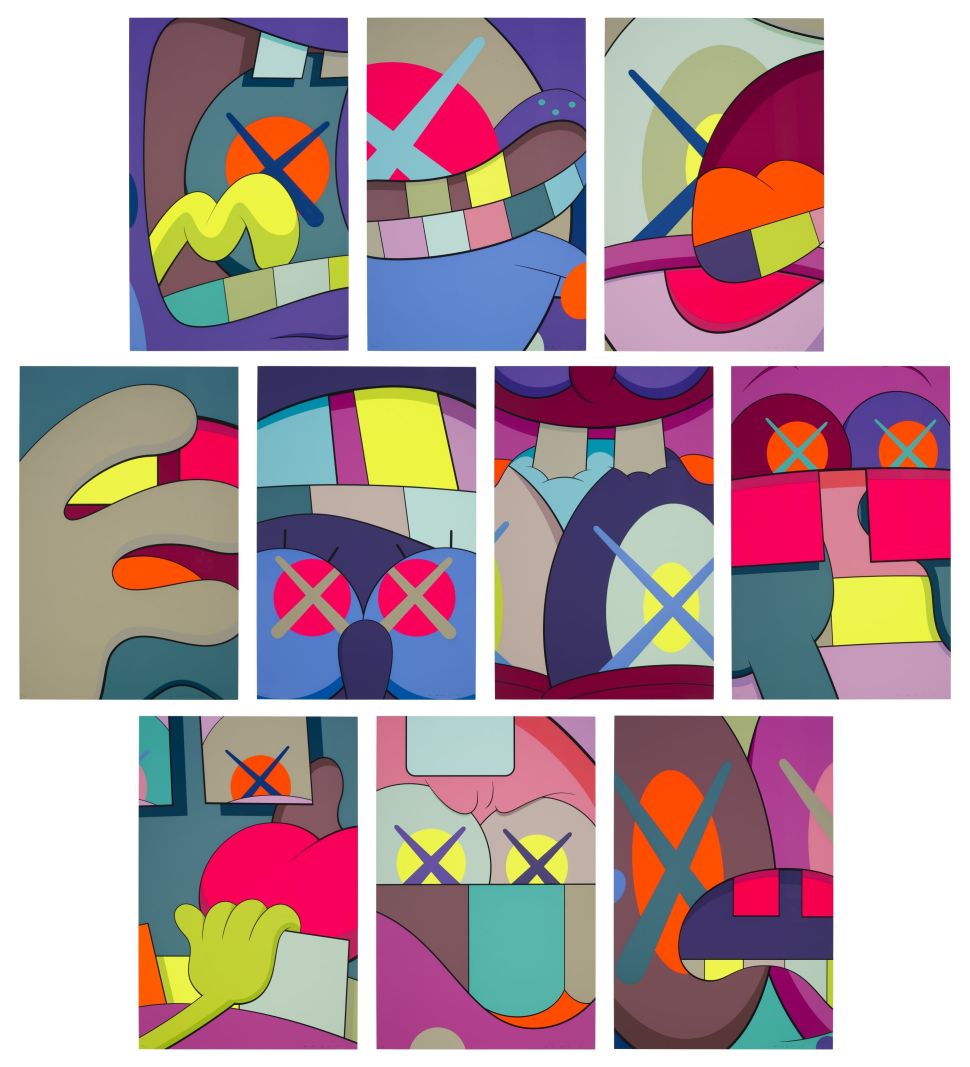