In a recent interview with the New York Times, acclaimed artist Kehinde Wiley weighed in on the remarkable upheaval that’s torn the country apart this summer and given way to ongoing dialogues about confederate statuary, artistic representation and presidential portraits. Wiley, of course, is perhaps best known for his inventive portrait of Barack Obama, but last September he also unveiled his first monumental work of public art: a huge statue in Times Square of a Black man on horseback called Rumors of War. The title references a series of Wiley’s paintings that similarly depict men of color in authoritative poses, but the work itself is modeled after Richmond’s statue of Confederate Army General James Ewell Brown, which was removed in July.

When asked by the Times what should be done with confederate statues that have come down from their plinths in recent months, Wiley was unambiguous. “We need a hall of horrors,” the artist said. “You don’t have to melt it all down but create a space where we see our terrible past. It’s less about should it be in existence but should it be deified. Take it off the stage and put it back where it belongs.”

Wiley also offered poignant ideas about the meanings of monuments in and of themselves. He’s uniquely qualified to comment on this art form given that his work often focuses on upending the imagery we are used to seeing in classical works of art. “Instead of having one monument that goes up on the spot where Confederate statues were, we should have artists of all styles come in for a period of time where their work is on the pedestal,” Wiley told the Times. “Then it comes down and other voices go up there. I like that idea of the pedestal itself as the frame. It’s our way of creating a stage, and whomever we decide to shine the spotlight on in that moment is incredibly important. That’s where we as a society are announcing what we believe in. It’s incredibly moral.”

This notion of regularly switching out who and what is assigned the power of a pedestal feels particularly fitting in the age of social media, wherein heroes are crowned and dethroned with what feels like blinding speed. In particular, Wiley said, the power dynamics that still define America are still in place, and that needs to change. “I’m seeing a lot of self-aggrandizing and self-congratulations on the part of our white allies,” Wiley observed. “I want to see that translate into change with prison reform and education reform, and not this abstract thing.” 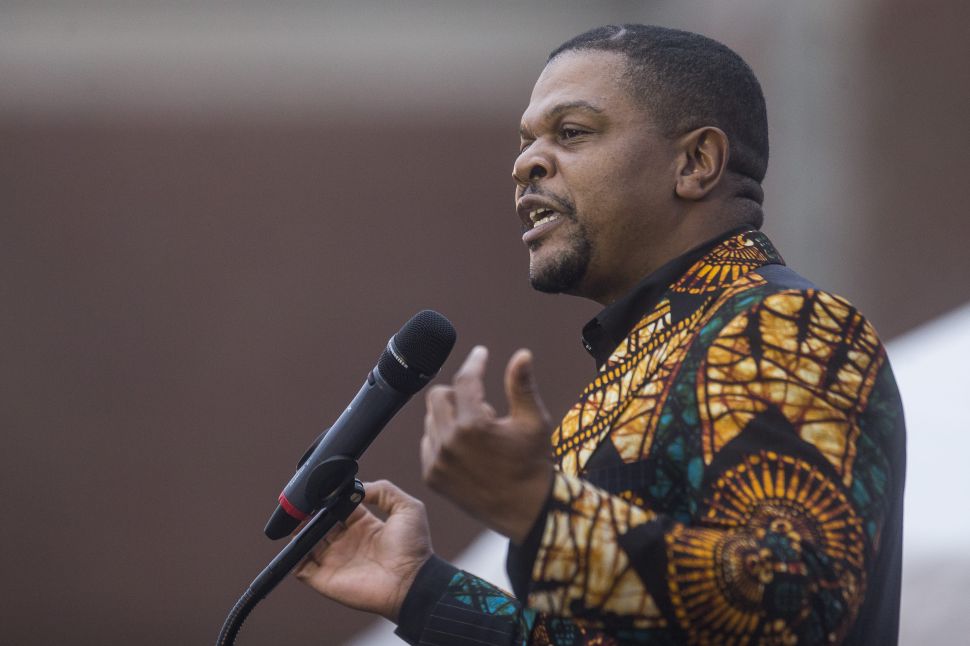