The Kardashian-Jenner fam isn’t exactly known for low-key anything, but Kris Jenner did go a more under-the-radar route with her latest real estate transaction. The self-proclaimed momager sold her sleek Hidden Hills estate in an off-market deal, without ever publicly listing the property, in an all-cash transaction.

The Keeping Up With the Kardashians matriarch offloaded the 9,400-square-foot Calabasas-area abode for $15 million, as first spotted by Variety, which means she scored a notable profit from the $9.93 million she paid for the six-bedroom, 6.5-bathroom home in November 2017. Per Variety, the buyer is Katharina Harf, the daughter of Coty, Inc. CEO Peter Harf. Last year, Coty acquired Kylie Jenner’s Kylie Cosmetics for a staggering $600 million.

Jenner embarked on a major renovation upon purchasing the Los Angeles home three years ago, and brought in Waldo Fernandez and Kathleen and Tommy Clements to redo the abode. Naturally, she showed off the results of her “Zenlike refuge” in an Architectural Digest spread last year.

The great room features built-in shelving, a large marble fireplace and sliding glass doors that lead to the backyard. The modern kitchen is fitted with dark cabinetry, white marble countertops and backsplash, a large marble center island with bar seating and an adjacent breakfast area furnished with a custom table.

Though @krisjenner has built an empire living in the spotlight, her personal refuge was designed specifically for peaceful repose, not television drama. A collaboration between #AD100 designer Waldo Fernandez (@waldos_designs) and the mother-and-son team of Kathleen and Tommy Clements (@clementsdesign), the serene, understated Hidden Hills house is awash in classic pieces by titans of 20th-century decorative arts on the order of Charlotte Perriand, Jean Prouvé, Jean Royère, Pierre Guariche, Aldo Tura, Paolo Buffa, and Oscar Niemeyer. It’s a dramatic departure from the dynamo’s previous home, which she still uses to tape KUWTK. “I’ve been collecting furniture and making houses for a lifetime. I’ve had so many different types of homes in so many different styles,” Jenner recalls, laughing at the memory of some of her earlier efforts. “In the ’80s, my bedroom looked like a lavender-chintz supplier threw up all over it. Robert Kardashian was such a good sport,” she adds, referring to her then-husband and father of Kourtney, Kim, Khloé, and Rob. With comfort and coziness as their guiding stars, the designers of this house orchestrated a series of tranquil, largely monochromatic rooms outfitted with pedigreed furnishings upholstered in silk, suede, alpaca, sheepskin, and other luxurious coverings. “Kris has genuinely sophisticated taste. The Prouvé daybed, the Jeanneret chairs, the Lalannes—these are all things she came with. This house was a great opportunity for her to express her love of art and design,” observes Fernandez. Visit the link in our profile to see more of the home. Photo by @wabranowicz; text by @mayer.rus; styled by @lawrenhowell

This is a Kardashian home, so of course the owner’s suite has its own glam room, as well as an absolutely massive custom closet that’s definitely the pièce de résistance, with built-in shelving to properly display the full wall filled with Birkins. There’s also a limestone bathroom, with a freestanding tub.

Outside, there’s a zero-edge pool and spa, an outdoor kitchen and lounging areas.

Thank you @archdigest for the amazing March covers!!! I have been a fan for so long and it was such a pleasure to share our creative sides with you…. such an honor and so much fun! #dreamcometrue #ArchitecturalDigest Special thanks to my amazing designers Tommy and Kathe @waldos_designs and @clementsdesign; Text by @mayer.rus; Styled by @lawrenhowell; Fashion styling by @jilljacobsstudio and @charroxstylist #Repost @archdigest: "Editor @amytastley: It goes without saying, the Jenner/Kardashian clan has an indisputable grip on the American imagination. Presented with the opportunity to show our readers (and the internet!) their brand-new, freshly decorated California homes, we sent in the cameras for exclusive double stories on mother @krisjenner and youngest daughter @kyliejenner. Founded in Los Angeles nearly 100 years ago, AD has a long history of charting the tides of domestic taste via celebrity homes. Douglas Fairbanks and Mary Pickford’s Pickfair estate was published in these pages six times over the decades; @cher made seven appearances; and more recently @juliannemoore, @ricky_martin, Jennifer Aniston, and @robertdowneyjr have opened their doors to us. Because the public feels it ‘knows’ the celebrity (versus our private homeowners), there is an extra frisson in peeking into these residences– what will the interiors reveal…? Prepare for a jolt of surprise in our annual Star Power issue out now and online through the link in our profile. Photo of Kylie wearing @marcjacobs by @thefacinator; design by @martynbullard. Photo of Kris wearing @jc_obando by @wabranowicz; design by @waldos_designs and @clementsdesign. Text by @mayer.rus; styled by @lawrenhowell; fashion styling by @jilljacobsstudio and @charroxstylist"

This Hidden Hills mansion is also located in a particularly Kardashian-adored enclave, and it happens to be right across the street from Kim Kardashian and Kanye West’s massive (and constantly expanding) compound.

It doesn’t appear Kris Jenner has scooped up a new Hidden Hills home just yet, but she does maintain an impressive West real estate portfolio, including her original Calabasas mansion that KUWTK fans will surely recognize, as well as three Calabasas condos and an 11,000-square-foot desert retreat in La Quinta, which she purchased for $12 million in 2018. 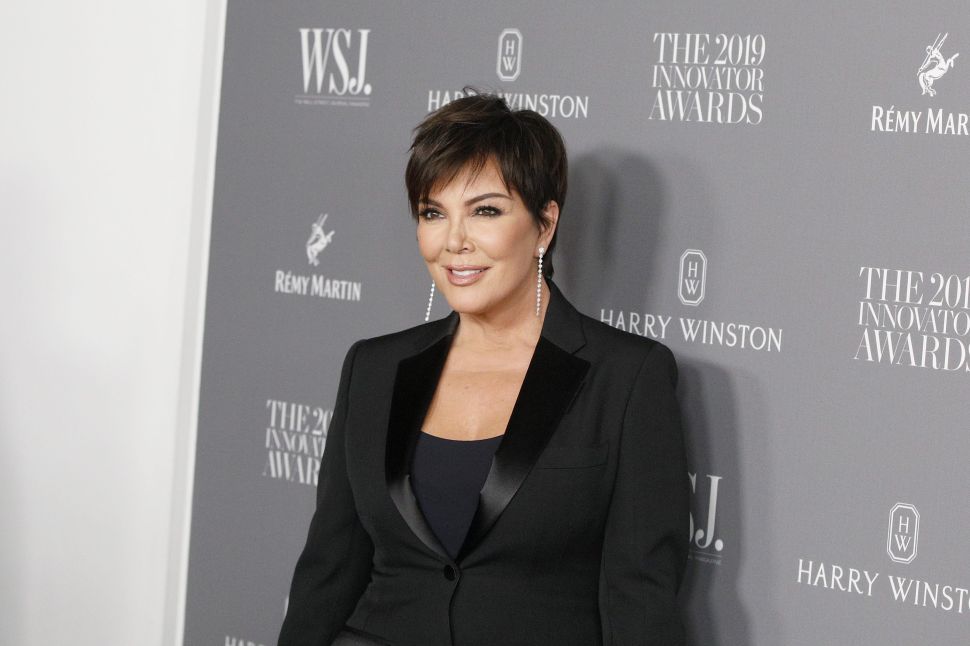