Lesli Linka Glatter has been nominated for eight Emmys, but her nod this year is particularly meaningful. Glatter, who has been a director and executive producer on Homeland since its second season, is up for Outstanding Directing for a Drama Series for the series finale of the political thriller.

“Series finales are just filled with landmines,” says Glatter, who helmed several episodes during the show’s last season, including the tense finale “Prisoners of War.”

“You can have a very successful series, and if you don’t stick the landing with the finale it can just have huge repercussions. So I was extremely nervous about it,” she explains to Observer in an interview. “I am so lucky to have worked with such an extraordinary creative team on Homeland—Alex Gansa and Howard Gordon, who created the show, and the writers and Claire Danes and Mandy Patinkin. The whole philosophy was that it wasn’t about being the smartest person in the room, but about being in the room with the smartest people. And the best idea wins. There was a lot of work done on the finale script, especially the last 20 pages. Maybe 15 rewrites on it until we all were thrilled with how it was ending.”

Unfortunately, due to the coronavirus pandemic, Glatter won’t get to celebrate with her team at the Emmys in September—the ceremony will instead be held virtually. But it’s more the camaraderie with her fellow directors that she’s sad to miss.

“Obviously it’s such a wonderful, surprising, amazing thing to be nominated, and I have so many other director friends—especially women director friends—who are also nominated,” she says. “So the idea of being able to walk the red carpet with them would have been amazing.”

Glatter—who pre-COVID-19 was scheduled to fly to Budapest on March 13 to start work on her new Amazon miniseries The Banker’s Wife alongside Homeland writer Meredith Stiehm—first joined Homeland on season two episode “Q&A.” She then found herself committed for the next six seasons. It’s the longest she’s worked on a series and it’s changed what she wants to focus on going forward, as well as the sorts of people she wants to work with.

“Normally I would not want to be on one show that long,” she notes. “I went and did pilots in between on hiatus. But because we reinvented the wheel every season and we would go to a different country, it was almost like doing a pilot every year. As a result of that it never got easier, but it always stayed exciting.”

Shooting the final season in the States and Morocco was as challenging as always, but it was especially intense because Glatter and her crew had to say goodbye. The series always intended to come to an end in season eight, because the producers and writers wanted to conclude it on their own terms. Because of that they were able to craft a collection of episodes that brought Carrie Mathison and Saul Berenson back to where they began and to center the episodes on the pair’s relationship. It didn’t end with a happily ever after, but Homeland found a way to bring its characters to place of relative contentment.

“I don’t know if in Homeland there is a happy ending,” says Glatter. “But for me it was very satisfying. The [last] season brought Homeland full circle. I loved the fact that Homeland was not about white hats. Nobody, in fact, has a white or black hat. It’s about opposing views. My favorite Homeland scenes are literally two people on opposing sides of an issue and they’re both right.”

When Glatter got her start in Hollywood with a short film that was nominated for an Oscar, there were very few female directors. She worked her way up over the years, directing everything from teen movie Now and Then to the Gilmore Girls pilot to an Emmy-nominated episode of Mad Men. She left a career as a choreographer to make the move and she’s spent a lot of time since ensuring that she pays it forward, helping to enable other women to find the same opportunities.

“When I started there were not a lot of us working,” she remembers. “I came from being a choreographer, which was very female, so it never occurred to me to think about my gender in that way. But when I looked around it was apparent and I realized you have to grab the hand of the next generation. When I got to a place where I could do that it was about mentoring my successors. And that was not the norm when I started. Now I think there’s a huge amount of support for women from other women. But at that point when I started that was not the case—there was only room for one of us at the table. I didn’t want to believe that and I never believed that, so I felt it was important to mentor.”

She adds, “I have always said directing is not an easy path, but it shouldn’t be harder for our daughters to direct than for our sons. It should be an equal playing field. It should be equally difficult for everyone.”

Glatter is part of the Directors Guild COVID-19 task force, which is headed by Steven Soderbergh, and she wants to be sure that the pandemic doesn’t move Hollywood back in any way.

“It’s a different world right now and I think we’re all trying to navigate what that new normal is going to be,” she says. “We’ve made such headway. We can’t move backwards. Let’s get to a place where gender and race are not an issue. We don’t want to slip back. We want to embrace diverse voices because it only makes storytelling more interesting.”

She brings up the numbers. “The last year in television the statistics were that 50 percent was directed by women directors. That’s never happened. But I don’t think the work is done,” she says. “There are still big issues with diverse directors and feature films. But right now it’s good to acknowledge positive change.” 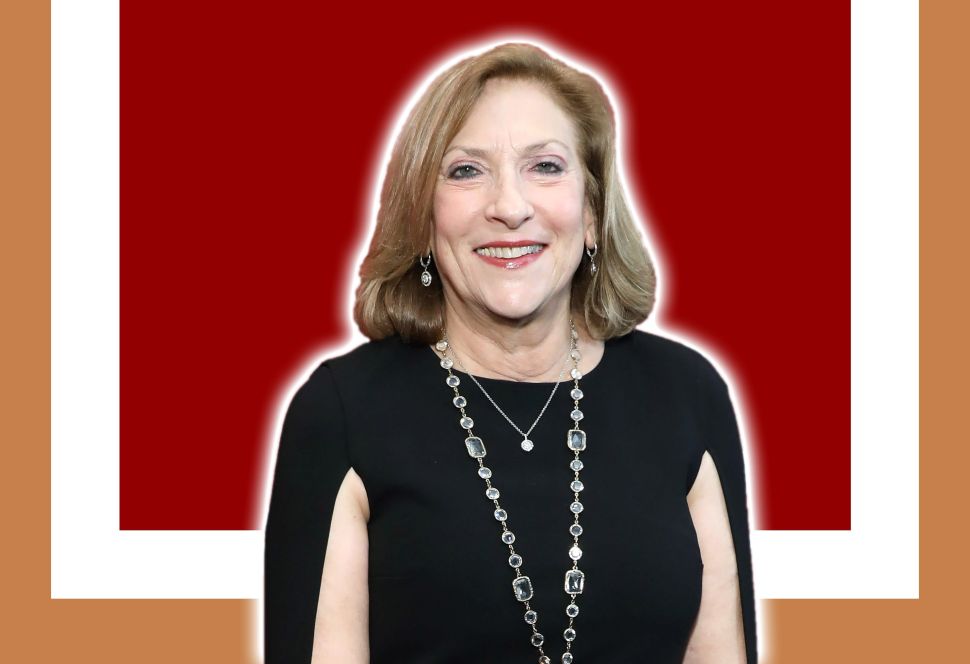