The singer, who had her literal “star is born” moment just last December in New York, offered an assured and varied set of arias and songs, ranging from Wagner (Elisabeth’s exultant greeting to the Hall of Song from Tannhäuser) to Broadway (a sleekly laid-back encore of “I Could Have Danced All Night, capped with a silvery high C.)

Based on this program, it is evident that Davidsen is a true dramatic soprano, her voice strongest and most interestingly colored in the middle register where Wagner lands his heroines for literally hours at a time. Meanwhile, the top A’s and B’s are thrillingly secure and resonant. Curiously, that facility in the highest register was displayed most brilliantly in two Italian arias from operas not currently in Davidsen’s stage repertoire, Puccini’s Manon Lescaut and Verdi’s Un Ballo in Maschera.

The latter piece also demonstrated a handsome mixed chest voice very much in line with the rest of Davidsen’s instrument, which to my ears sounds admirably even across more than two octaves.

Davidsen performed from a large public salon in the Oscarshall summer palace in Oslo. A small disappointment was that, as with previous installments in this recital series, we were not shown more of this striking venue during breaks in the music.

The soprano also included groups of song by Grieg and Sibelius, which sounded warmly melodic in her sumptuous voice. A group of Richard Strauss songs also were delicious as sound if a little blank interpretively. It was a distinct pleasure, though, to hear the composer’s love song “Cäcilie” performed with the maidenly charm Davidsen found in it, anticipation rather than (as it usually comes across) depiction of the act of lovemaking.

In recitals with a large-voiced singer, the pianist is often tempted to match volume with volume, hammering away until the accompaniment is little more than noise. I am delighted to report that nothing of that kind happened here. James Baillieu kept his playing intimate though with plenty of body of sound to support Davidsen.

This recital will continue to stream through the end of next week, and in the meantime the Met will offer a themed series of repeated video performances. This week showcases five major operas written since 1900, with the highlight the Gershwins’ Porgy and Bess on September 4 and 5.

As I noted a year ago, soprano Angel Blue deserves the highest praise as the wayward Bess: “It’s impossible to decide which aspect of Blue’s performance was the most enchanting: her radiant voice with its seemingly effortless (and endless) top notes; her joyous stage presence; or her nuanced take on the contradictory character of Bess as party girl, faithful sweetheart and substance/sex addict.” 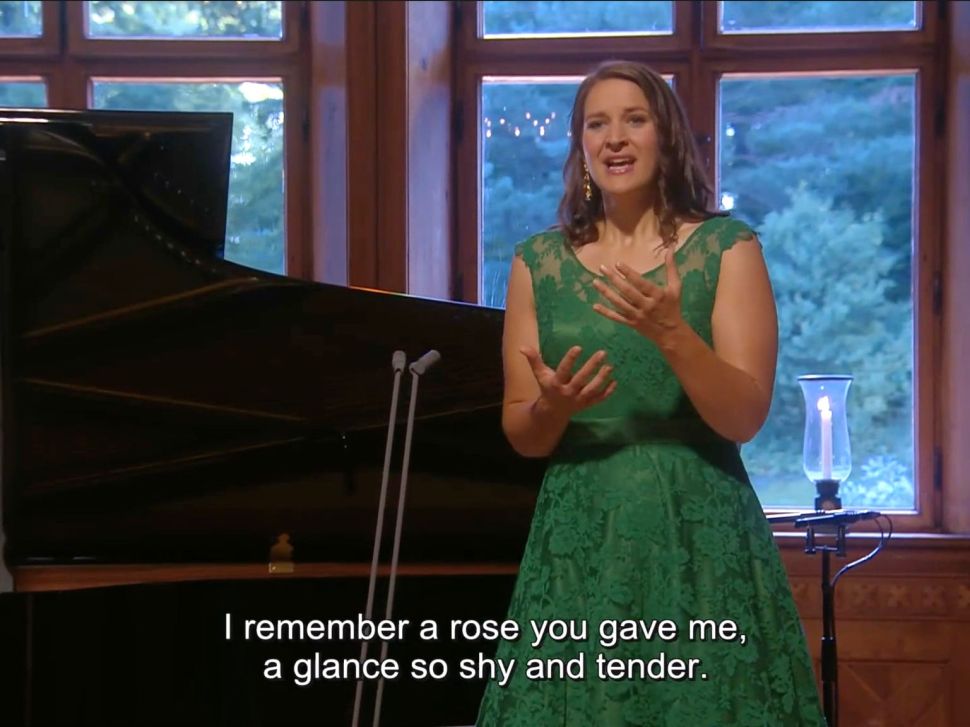