Sometimes opera is just for fun.

In contrast to the solemn recitals presented by Jonas Kaufmann and Renée Fleming, the latest installment in the Met Stars Live in Concert streaming series positions opera as light summer entertainment. The stars, tenor Roberto Alagna and soprano Aleksandra Kurzak, frolic on an improvised stage on a terrace overlooking the French Riviera, singing standards such as duets from Madama Butterfly, Otello and L’elisir d’amore along with familiar arias from Il Barbiere di Siviglia and Roméo et Juliette.

Both singers are, at least on this occasion, vaudevillians at heart, playing broadly to the camera and whipping up an antic energy despite the lack of a physical audience. And the optics of the occasion are just right: the sweeping vista of sky and sea reminds us of the beautiful world out there waiting to be reclaimed at the end of the pandemic.

In the meantime, the Met provides particularly excellent reasons for staying home this week with free streams of classic performances of decades past. Of this trove perhaps the brightest jewel is Verdi’s Un Ballo in Maschera on Thursday night, an opportunity to revel in the old-school vocal and histrionic stylings of soprano Aprile Millo as the tormented heroine Amelia. She more than holds her own opposite the legendary Luciano Pavarotti.

Also from the solid-gold 1980s: controversial soprano Kathleen Battle at her peak as Rosina in Il Barbiere di Siviglia, to be seen on Saturday evening at 7:30 PM. And for a similarly glamorous experience from a more recent era, try Wednesday night’s Eugene Onegin, a 2017 performance capturing Anna Netrebko and Peter Mattei at their most intense in Tchaikovsky’s tale of thwarted love. 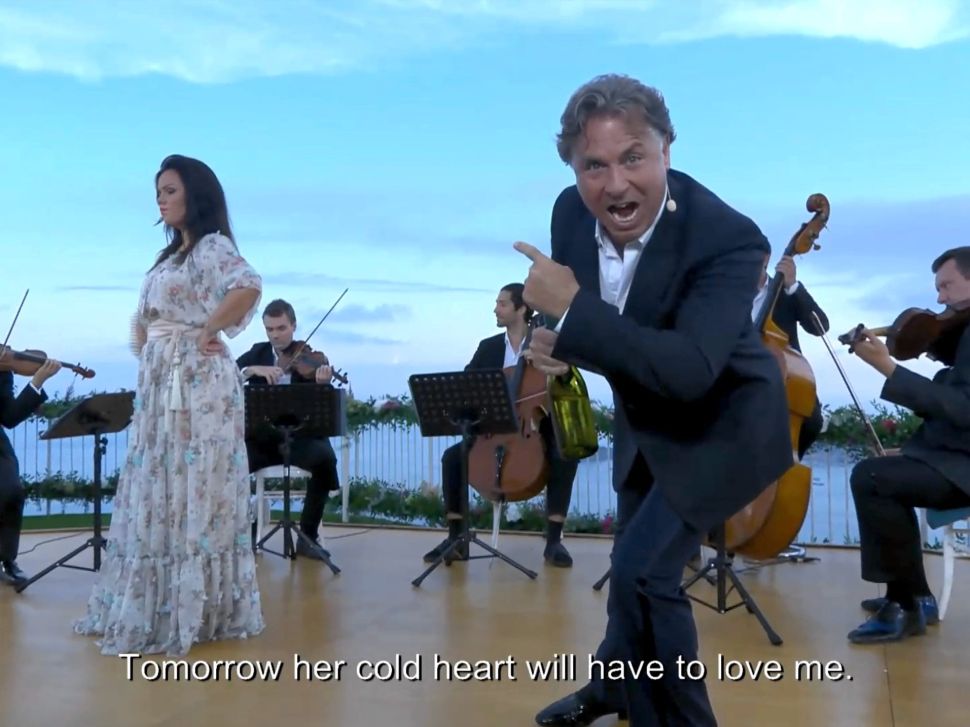