The Farewell filmmaker Lulu Wang will direct an English-language remake of Japanese film Like Father, Like Son for Focus Features, Observer has exclusively learned.

The drama follows a successful businessman who learns that his biological son was switched with another child at birth. Unable to relinquish the son he’s come to love and simultaneously aghast at how his biological son is being raised, he must make a life-impacting decision for his children. Sarah Ruhl, the accomplished playwright, is attached to write the screenplay and Wang will produce alongside Josh McLaughlin under his Wink Productions banner.

The original, directed by Hirokazu Kore-eda, was released in 2013 and currently holds an 87% on Rotten Tomatoes. After debuting at the Cannes Film Festival, the movie was nominated for the coveted Palme d’Or.

Wang’s talents have been highly sought after following her 2019 semi-autobiographical feature The Farewell, starring Awkwafina, which follows a family that returns to China to stealthily say goodbye to their beloved matriarch, who is the only person that doesn’t know she is dying from a terminal illness. The film was met with widespread acclaim from critics and fans and was largely seen as a major Oscars snub at last year’s Academy Awards.

After debuting at the 2019 Sundance Film Festival, A24 acquired the picture for between $6 million and $7 million. Later, Wang revealed that a streaming company offered her “more than double” that amount, but she opted for a theatrical studio to maximize the picture’s cultural footprint.

An English-language remake of Like Father, Like Son was previously set up at DreamWorks in 2014 with American Pie‘s Paul and Christopher Weitz set to direct. That project ultimately did not move forward. 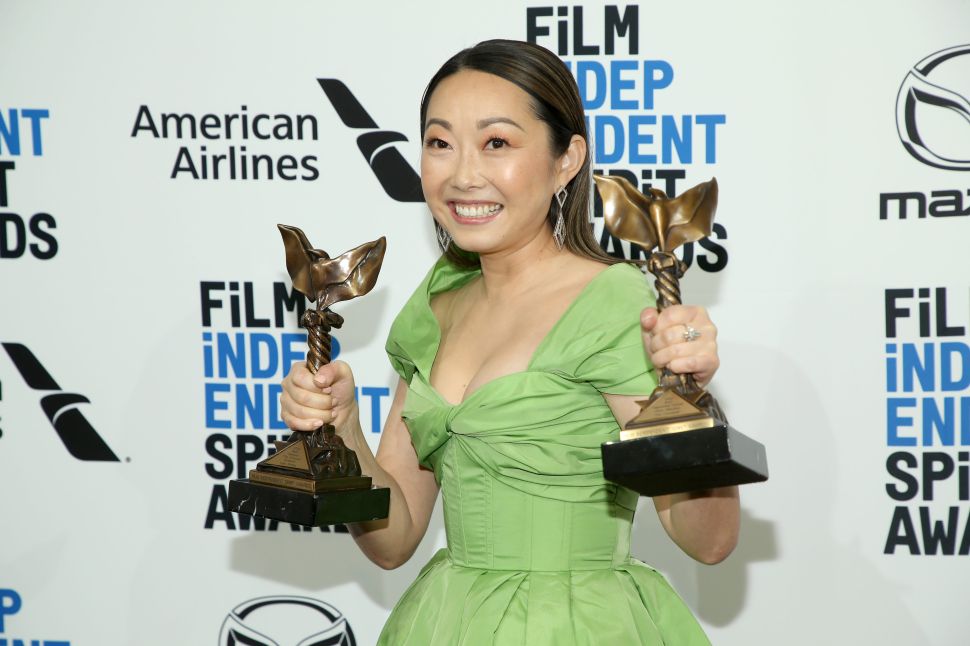