The Duke and Duchess of Sussex have taken special care to defend their privacy for the past few years, and they’ve gotten even more protective since the birth of their son, Archie. From the beginning, Prince Harry and Meghan Markle didn’t want Archie to be at the center of media scrutiny, starting with his introduction to the world.

Meghan knew she didn’t want to give birth at the Lindo Wing at St. Mary’s Hospital, where Kate Middleton and Princess Diana both delivered their children. The Duchess of Cambridge delivered Prince George, Princess Charlotte and Prince Louis at the Lindo Wing, and publicly debuted the newborns with Prince William within mere hours of giving birth, all while smiling at the hoards of royal fans, press and flurry of cameras with perfectly blown out hair, flawless makeup and high heels.

Princess Diana, however, actually broke the royal tradition of home births when she chose to deliver Prince William and Prince Harry at the Lindo Wing.

According to Finding Freedom, an upcoming biography of the Sussexes, Meghan had no intention of continuing the tradition set by Kate and Diana. She “never considered giving birth at St. Mary’s Hospital in London,” as she (understandably) wanted a “more discreet” location, per an except in People.

In April 2019, the Sussexes issued a statement declaring they “have taken a personal decision to keep the plans around the arrival of their baby private. The Duke and Duchess look forward to sharing the exciting news with everyone once they have had an opportunity to celebrate privately as a new family.”

In the months before Meghan gave birth to Archie, there were countless rumors and reports over where she would deliver her first child. There were claims that she was considering a home birth at Frogmore Cottage, or perhaps would check into Frimley Park Hospital, which is near the Sussexes’ then-Windsor home. In the end, Meghan chose The Portland in London, which was revealed after Archie’s birth certificate was made public.

Meghan also never considered the idea of a public photo call within hours of the birth; instead, she and Prince Harry did a much smaller photo call at Windsor Castle a few days later, with just two photographers, an agency reporter and three video cameras.

At the time, a “friend” of Meghan’s told the New York Post that the Duchess of Sussex “felt sorry” for Kate and the “forced” photos calls so soon after giving birth.

The Duchess of Cambridge recently admitted that her first time taking Prince George to the steps of the Lindo Wing was “terrifying,” and some have said how it’s an unrealistic portrait of the post-birth hours for many mothers. It’s important, however, to remember that it’s a very personal choice, and there’s no right or wrong way to look after going through childbirth.

Prince Harry and Meghan, who stepped down from their royal roles in March and are now living in California, have continued to do everything possible to protect Archie’s privacy and give him a normal childhood. They recently filed a lawsuit against paparazzi in Los Angeles, who have been using aggressive tactics, including drones and telephoto lenses, in their attempts to snap photos of Archie at the family’s Beverly Hills home. 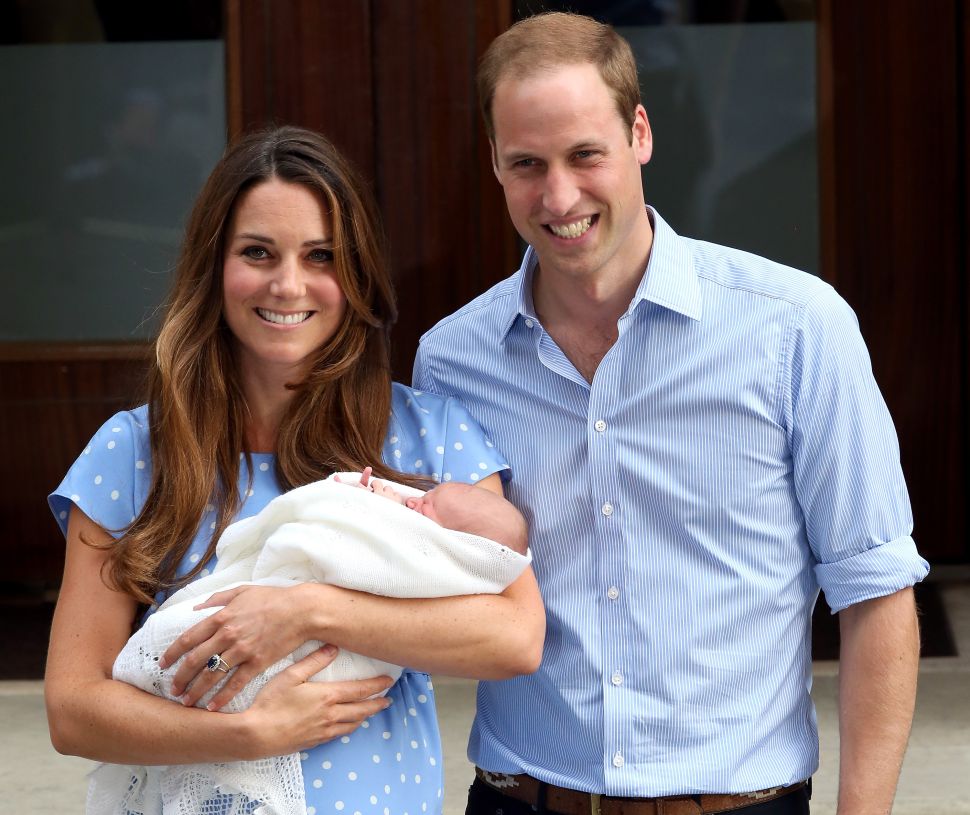