A few years ago Liam Neeson handed his son Micheál Richardson a script written by British actor James D’Arcy. The story, about an estranged father and his son trying to get a fresh start after the death of his wife, was eerily similar to the family’s real-life experience losing Micheál’s mother Natasha Richardson to a skiing accident in 2009.

The pair felt like they couldn’t turn away from the opportunity to tell such a personal story, even if it meant playing father and son onscreen for the second time. Directed by D’Arcy, the film, Made in Italy, marks Micheál’s first leading role, which he auditioned for so as not to take advantage of his father’s status in Hollywood.

“I really wasn’t expecting it,” the actor tells Observer of the script, speaking from his home in New York. “I had done a few things with Dad before—I was in Cold Pursuit with him very briefly. There was a part of me that was thinking, ‘Okay, I maybe want to distance myself from working with Dad again.’ I don’t, at the start of my career, want be tied with the idea of ‘Oh, here’s Liam Neeson getting his son a role again.’ It can easily come across like that. But what are you going to do when a script like this comes around? It’s so close to home and the parallels between the story and our life are so personal. And, at the end of the day, how lucky am I to even be considered for the lead in a film?”

Richardson, who has appeared in only a few films to date, including Cold Pursuit and Vox Lux, quickly embraced the role of Jack, a man in the midst of a divorce who returns to his family’s decrepit Italian villa with his artist dad in order to fix and sell it. Being back in the house where he grew up—and where his mom died—reminds Jack of what’s important in life and the pair begin to slowly reconcile. There are moments of real emotional weight in the story, especially when you realize that Neeson and Richardson actually know what it feels like to lose a partner and mother. But being on set in Tuscany wasn’t as heavy as the actors expected.

“You think, especially for the more loaded scenes, that all this grief is going to come up and it’s going to be this big cathartic moment,” Richardson says. “And mainly the whole filming of it was the catharsis.”

Still, being on set did remind Richardson of his mom and he didn’t want to push away any grief that came up, instead choosing to embrace all the feelings.

“I was at a moment—and I still am—where I wanted to feel those things,” he says. “Because it happened when I was so young that my brain subconsciously pushed it out. There’s no one way of grieving, but I don’t think I really allowed myself to because it hurt. So I went into [the movie] really wanting to experience something and having those feelings come up. And to my surprise there wasn’t the emotional moment where it all came boiling over. It was just the whole experience where I felt her love and that of the story and the crew. That’s where I felt her.”

Richardson, who admits he didn’t sleep the first night before filming due to nerves, felt less pressure than you might expect acting opposite Neeson. Having acted alongside his dad before helped, but Neeson also stepped back and let D’Arcy guide Richardson’s journey in the film.

“It’s one of those things you don’t really think about, but leading up to [the movie] it’s a question that gets asked a lot,” he laughs. “Like, ‘Don’t you feel pressure?’ After a while you’re like, ‘Wait people are asking me so much, should I be feeling this pressure?’ And I did, but on set there was a comfort and ease working with him because we had worked together before. It was also fun because in the story at the start, our characters really don’t like each other. So playing that and also the funny, comedic moments grounded me and made me relax.”

The actor, 25, is still determining what sort of acting career he wants to create for himself, but he knows it’s something he has to do. And it’s in his blood. Richardson grew up watching his parents act, but he’s also the grandson of Vanessa Redgrave and the nephew of Joely Richardson. That sort of legacy isn’t one you can really ignore.

“It was in the foreground of my life growing up,” Richardson says. “The people we were around—most of them were actors or in the industry. I grew up going to sets and my mom’s play rehearsals. In high school I did theater programs and after I went to drama school briefly. But it wasn’t until I started working and auditioning that I felt a connection from my earlier life. I don’t want it to sound grandiose or anything, but especially on stage there’s an energy that seems almost holy. I find a great sense of purpose in that. And not to mention it’s really fun. It’s really crazy that we get to call it a job.”

So far he’s unsure of his next project, but he’s reading scripts and auditioning. Plus, a TV series he shot a while back, Big Dogs, premiered on Amazon Prime Video last month. And as for whether he has plans to work with Dad again?

“I loved working with him and I definitely don’t want to rule that out at some point down the line,” Richardson affirms. “Of course, I’d love to.”

Made in Italy is available on on demand through IFC Films. 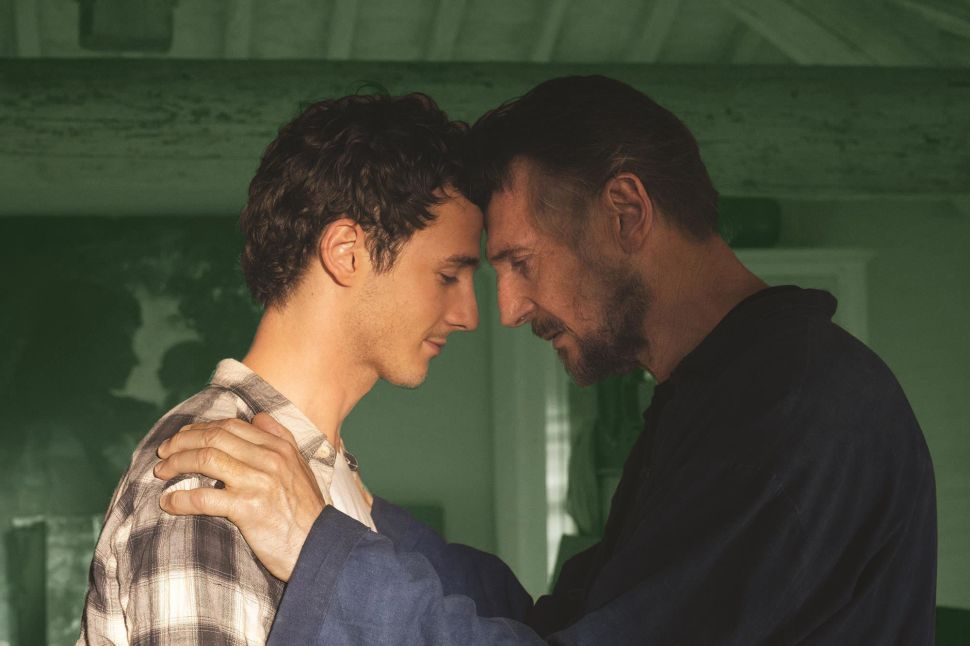