The moviegoing industry has been thrown into a tizzy (people still use that word, right?) ever since Disney announced earlier this month that its $200 million live-action Mulan remake will be heading to Disney+ Premier Access for $30 on September 4.

Adjusted for inflation, Disney’s beloved original 1998 animated classic earned around $480 million at the worldwide box office while scoring an Oscar nomination for Best Music. As we previously explored, if we discount theatrical box office in the regions where the new Mulan will be shown on the big screen, the film will need roughly 7 million Disney+ purchases to break even. Even if Mulan does hit that mark, there’s hardly a guarantee that audiences will fall in love with the movie the way they did the first time around.

This discrepancy has us thinking: how have Disney’s ultra lucrative live-action remakes—which have earned a mammoth $8.76 billion at the global box office—compared with their animated origins both critically and commercially? To start, Reviews.org compiled a list of their IMDb ratings scores, which paint a pretty stark picture of quality. 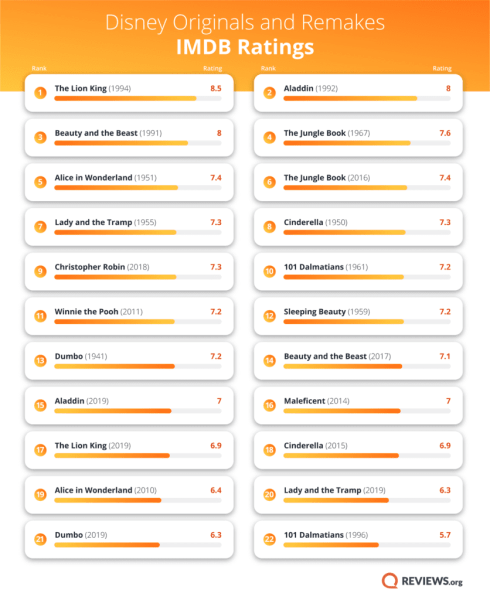 According to IMDb ratings, Disney’s live-action remakes score an average of 0.80 points lower than their original counterparts, which isn’t a huge surprise. The Lion King (2019) has the biggest drop on the list, with the remake scoring 1.6 points lower on IMDb than the original. That’s 2x the average drop.

This carries over to Rotten Tomatoes scores as well where modern blockbusters such as 2010’s Alice in Wonderland (51%), 2017’s Beauty and the Beast (71%), 2019’s The Lion King (52%) and Aladdin (57%) all scored lower than their animated counterparts. While new versions of The Jungle Book and The Lion King are undoubtedly technical marvels, many of Disney’s live-action remakes feel a bit flavorless compared to the timeless beauty of the originals. Sometimes, you just can’t replace a classic.

Surprisingly, when accounting for inflation, that holds true for Disney’s box office results as well. 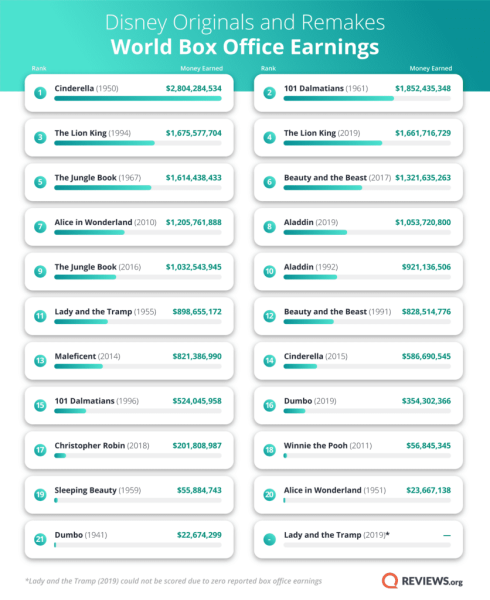 To this day, the top three highest-grossing Disney films among this specific field when adjusting for inflation are all originals.

The Lion King (2019) took the fourth spot with just north of $1.6 billion as the only recent remake in the top five. However, among the top 10 highest-grossing Disney flicks in this category, five were animated originals and five were modern live-action reimaginings. The plot thickens. (Poor Dumbo was the only animated original and live-action remake not to crack the top 15 with either version.)

Live-action remakes have been a highly successful and profitable in-house division for Disney, which has thrived on outside acquisitions over the last 15 years. But the original films still hold a significant cultural and economic footprint, even when put into modern contexts. Opinions may be subjective but stats are indisputable. 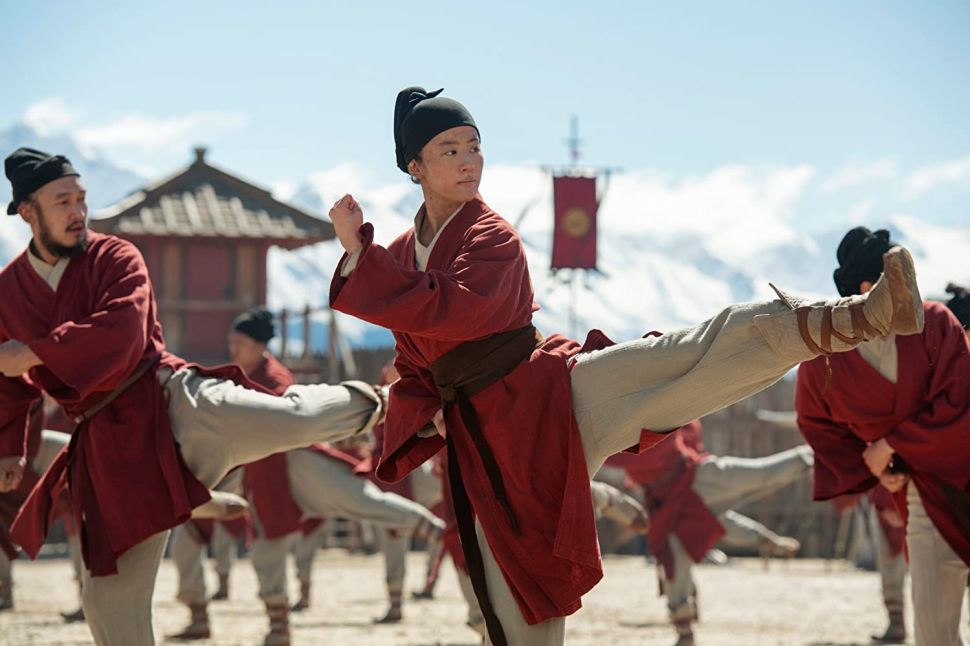