Normally, the job of a critic is to objectively review a piece of entertainment based on its own merits, disconnected from any outside forces. They must exist within a vacuum of critical critique. But that’s not how normal humans operate. If we’re meant to buy in to the whole “I think, therefore I am” routine, than we are constantly batting away our own biases and attempting to conquer the context of any given situation. And context matters.

Such is the case for Netflix’s new drama Away, which follows American astronaut Emma Green (Hilary Swank) as she prepares to lead an international crew on the first mission to Mars. To do so, she must leave behind her husband (Josh Charles) and teenage daughter (Talitha Bateman) when they need her the most. As the crew’s journey into space intensifies, their personal dynamics and the effects of being away from their loved ones back on Earth become increasingly complex. It’s at this point that we bump into the tricky delineation of Away.

From executive producer Jason Katims (Parenthood, Friday Night Lights), the series delivers enough emotional honesty and compelling space drama to elevate itself above the normal Netflix drudgery. The company’s success in the streaming battlefield is unparalleled. But, if we’re being honest, the endless sea of content that Netflix drowns its users in is often overflowing with forgettable titles.

V Wars, October Fashion, Messiah—these are all recent one-and-done Netflix originals that more or less died on arrival. In comparison, Away‘s journey to Mars and the curiosity that entails packs enough story to warrant a second season renewal. Each character’s backstory uniquely shapes and prepares them for this grand endeavor, providing thematic through-lines for their motivations, choices and actions. We refreshingly understand how they arrived at a point in their lives in which they were willing to sacrifice everything to make history. Swank delivers a strong performance with a character who makes far too many mistakes while Ato Essandoh’s Kwesi, an African Jewish person raised in England, and Mark Ivanir’s rough-edged cosmonaut Misha also emerge as interesting creations.

But when compared against the entire library of available of television and not just Netflix’s growing corner of the market, Away feels like an decently standard show that might have once aired on broadcast television in another era. Its earth-bound stories are a bit snoozy and melodramatic, especially when the A-plot is hurtling towards Mars at 36,000 miles per hour. While Batemen delivers a strong performance, high school angst simply cannot compare to the historic advancement of the human race. Boyfriends and dirt bikes can wait.

In lieu of commenting on the importance of space exploration and what the mission to Mars might accomplish other than a really impressive road trip, Away is instead content to introduce varying disasters of the week without much consequence. And while we are constantly told over and over how significant a toll this long and grueling journey will take on these astronauts, Away is oddly nonchalant about the passage of time, which saps any sense of urgency these moments might otherwise conjure. You’re told that they’ve been stuck in a tin can for months on end, but you don’t really feel it. The problem with traveling in zero gravity is that you can move around all you want without really going anywhere. As such, the show might have worked better as a six- or eight-episode season rather than 10.

Still, if you’re a fan of the old-fashioned broadcast model with the budget, bells and whistles of streaming, Away neatly fits into that mold as a rock-solid space drama. The central focus is entertaining enough to shepherd you through the more melodramatic moments set on earth and watching Hilary Swank lead a mission across the cosmos is never a waste of time. Away may not be the launching pad to your next Netflix sensation, but it is a mission accomplished in terms of TV creation.

Away premieres on Netflix September 4. 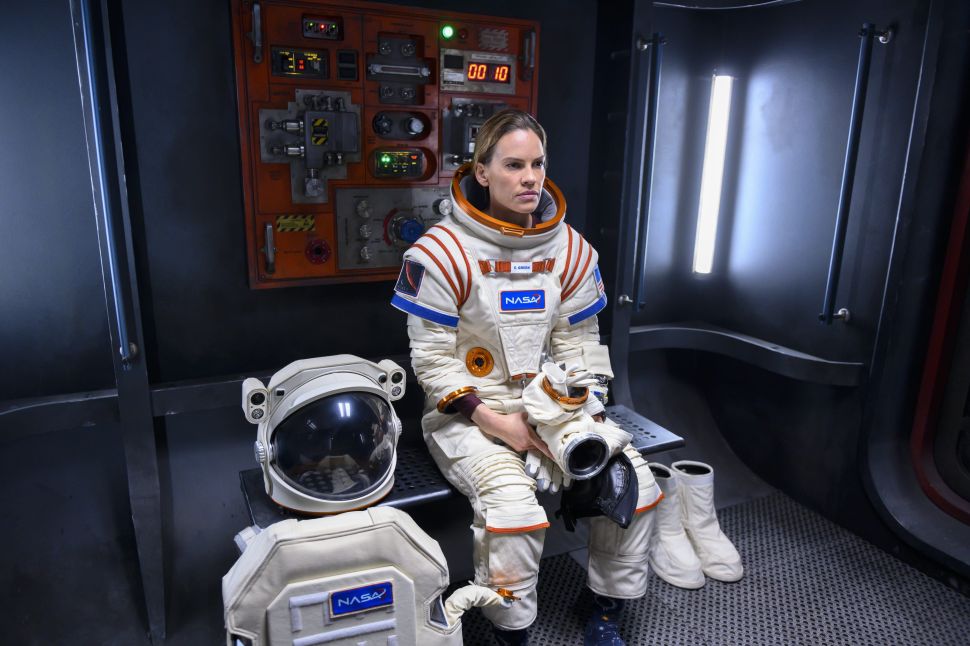