Timing is key to any series’ rise in popularity. A highly anticipated, newly released season of television is naturally going to be at the top of an engaged viewer’s to-do list. Relatedly, brushing up on a previous season of TV prior to a new one is just good audience etiquette. But when isn’t the only factor to consider. Equally important is what viewers are opting to watch.

Perusing the most popular menu items since quarantine began provides us with insight into the collective mood and headspace of the average television consumer. Parrot Analytics compiled a list of the 10 most in-demand series for the month of July and, well, there’s a trend that runs all the way through social isolation. This data represents the total audience demand being expressed for a title, within a market (in this case, the U.S.), and audience demand reflects the desire, engagement and viewership, weighted by importance. The firm tracks TV popularity through social media, fan ratings, and piracy to figure who’s watching what.

Below is the data on the top digital original series in the U.S. last month, and be sure to check out the reports for June, May, April, and March to better understand where interest lies. 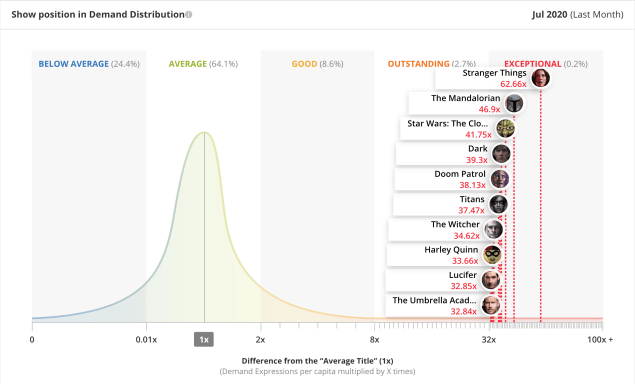 What do you notice? Aside from the fact that the top 10 list of most in-demand digital originals is dominated by the same small handful of services—Netflix, Disney+, DC Universe and HBO Max—it’s also noteworthy that all 10 series are genre efforts. What we mean by that is that they are niche programming designed to attract a specific audience in a specific lane, most notably science-fiction, fantasy and superhero. This is a running theme throughout the pandemic in which audiences have flocked toward fantastical escapism more so than broad-appeal plays or decidedly human and “realistic” dramas.

For example, Netflix’s crime drama Ozark spiked in March and April following the release of its third season, but then fell out of the top 10. Meanwhile, Stranger Things and The Mandalorian stayed in the top five every single month of the pandemic. The majority of the most in-demand digital series each and every month have been genre series. Two popular and unconventional superhero series returned to the top 10 last month—DC Universe’s Doom Patrol and Netflix’s The Umbrella Academy, knocking out Netflix’s Narcos and 13 Reasons Why from the previous month (June 2020), both of which are more straightforward dramas.

That theme extends to the top five shows on the rise, which measures the series with the fastest growing audience demand, over the last 30 days. The list includes Amazon’s Hanna, TNT’s The Alienist, Netflix’s The Umbrella Academy, Audience Network’s Condor, and TV Tokyo’s Fruits Basket. Three of those series have a decidedly sci-fi slant.

The popularity of genre entertainment isn’t exactly a massive surprise. Ever since Game of Thrones emerged as a phenomenon for HBO, every other platform has been racing to find the next comparable big budget blockbuster home run swing. Once Jennifer Salke took over Amazon Studios in 2018, she pivoted the streamer away from niche critical darlings and began developing a handful of ambitious genre outings, including the $1 billion Lord of the Rings TV series. Science-fiction, fantasy and superheroes—once considered geeky and on the periphery of mainstream tastes—are now the bedrock of traditional pop culture cool. Audience viewing habits over the last several months underscores that reality.

An earlier version of this article incorrectly stated that Titans returned last month when it was actually Doom Patrol. 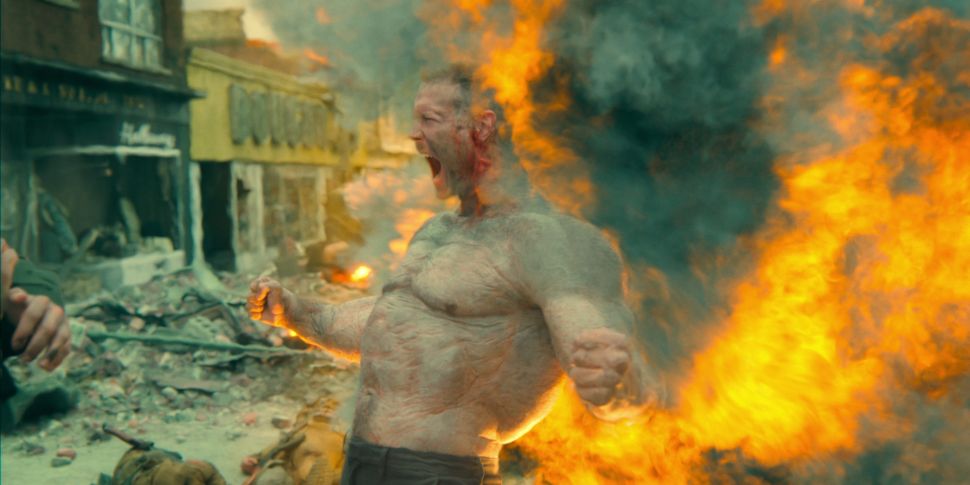