Eons ago, in the prehistoric era called the 1970s, Beverly Sills, touring in recital, noticed that critics kept  comparing her unfavorably to dramatic soprano Birgit Nilsson, who was also on the road. When the two divas finally met, Nilsson reassured Sills, “Don’t worry, Beverly: we singers always get the best reviews when we don’t sing.”

And now, a modern-day “descendant” of these larger-than-life artists is emerging as queen of the socially distanced divas. Soprano Karita Mattila, whose “unique and ephemeral” online performances have been praised recently in the Observer, is so very present this week she’s pre-empting herself!

SEE ALSO: Opera Returns to the Salzburg Festival, Chic and Expensive as Ever

The online viewer has a choice of two very different versions of Mattila Monday evening. A more recent incarnation is the centerpiece of Canadian Opera Company’s stream of Rufus Wainwright’s opera Hadrian, which premiered in Montréal in 2018. The soprano plays the Roman Empress Plotina, who appears as a spirit to lead Hadrian on a journey into the past so he can recall the love of his life, Antinous.

Meanwhile, the Met’s ongoing program of nightly opera streams offers Puccini’s Manon Lescaut as seen in 2008, a performance as memorable for a bit of improvised staging as for any musical value. In the second act, when Manon (Mattila) sang the mock-18th century ditty “L’ora o Tirsi,” she casually did a split while singing a high C!

Though the two streams conflict on Monday night, the Met’s video will remain available on demand for 24, so you can catch up with your Karita easily enough on Tuesday afternoon.

Further streaming options from the Met this week include two classic telecasts: Rigoletto starring Luciano Pavarotti on Wednesday, and a Luisa Miller on Sunday featuring Renata Scotto at the peak of her considerable powers as a Verdi interpreter.

The company’s series of star singers in concert continues on Sunday afternoon when Roberto Alagna and Aleksandra Kurzak sing duets and arias al fresco from the French Riviera. The duo’s performance promises to be a little more lively than the somber recitals given by Jonas Kaufmann and Renée Fleming earlier in the season.

In contrast to so much classic opera, the venerable Mostly Mozart Festival will be repurposed this summer as “a weeklong multimedia festival that celebrates Mozart’s prodigious talent along with conversations on some of the most urgent social issues of our time.” Highlighting the online programming is a discussion of “Black Experience In The Concert Hall: The Mozart Effect” on Thursday night. 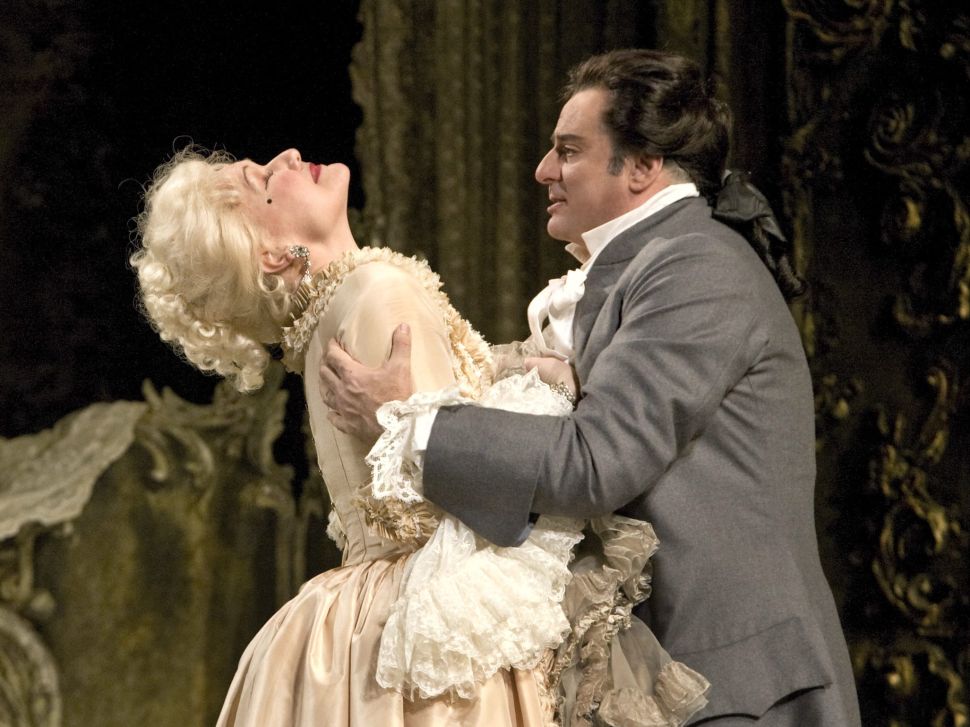