The hills are alive with the sound of… opera?

Yes, opera—or something very like the opera we remember from the pre-social distancing era that ended five months ago—is returning to Europe. Currently the art form is on display at a curtailed and modified version of Austria’s prestigious Salzburg Festival, with fully-staged versions of pieces from the company’s Mozart/Strauss core repertoire.

Of the two operas presented (in contrast to the nine seen in pre-COVID festivals), Così fan Tutte seems to represent the closest thing possible to “business as usual.” A fresh-faced cast (including mezzo Marianne Crebassa and soprano Elsa Dreisig) plays the delicate comedy-drama in the vast expanse of the Grosses Festspielhaus under the sober minimalist direction of Christof Loy.

The visuals should be all too recognizable to 21st century Mozart fans: chic modern dress in a formal public room of stark white. Less familiar is the musical edition, shorn of nearly an hour of music in order to facilitate playing the opera without intermission. (I wonder if it occurred to anyone to present this piece—all of it—in two parts on successive evenings?)

The Festival’s other opera offering boasts a close connection to The Sound of Music, as it is performed in the open-air Felsenreitschule, where the climactic scene of the Julie Andrews movie was filmed. But the family presented in this summer’s piece, Elektra, is not nearly as nice as the yodeling von Trapp brood.

Strauss’ nerve-wracking one-act opera depicts a central dramatic episode in the saga of the murderous House of Atreus, the arrival of the son Orest to take bloody revenge on his mother Klytämnestra and her lover Aegisth for their assassination of King Agamemnon.

But the bulk of the opera is given over to the almost unbearably tense anticipation of this hideous moment on the part of Orest’s sister, Elektra. That relentless emotional quality matches perfectly the piece’s format, a single act lasting around 100 minutes.

This year’s presentation production epitomizes the sense of lavish grandeur that sometimes makes the Festival seem something of a very expensive shopping mall. Ticket prices top out at €455 (around $534) for the gargantuan high-concept production by director Krzysztof Warlikowski.

So far as I can tell from the Festival’s bewildering broadcast schedule, both these operas will show up as free streams sometime later this month. When, as, and if, I’ll let you know.

Say what you will about the Met, its streaming opera is presented with clarity in an admirably user-friendly manner. On a pay-per-view basis, Renée Fleming’s eclectic recital from Saturday afternoon will continue to be available through August 12.

And among the free programs we can count on this week are a classic Parsifal from 1992 with Waltraud Meier and Siegfried Jerusalem, Verdi’s Simon Boccanegra with Kiri Te Kanawa in one of her relatively rare Met appearances, and the company’s final Live in HD presentation before the 2020 season was canceled, a sparkling Agrippina starring Joyce di Donato. 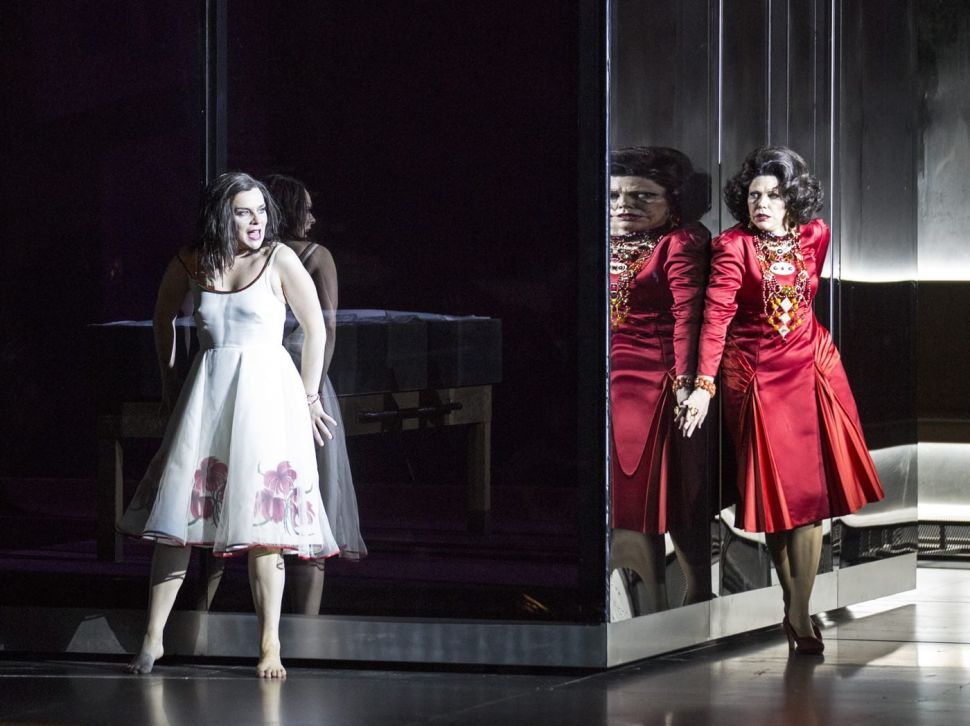