Everyone knows the name of Pablo Escobar, one of the richest and most notorious drug lords ever to rake in cash by illicit means. Distinctly less well-known is the name and story of Escobar’s biological son, who now goes by the name Phillip Witcomb after being adopted by an MI6 operative when he was only a vulnerable infant.

Now, Witcomb has become the author of a new book detailing his experiences entitled Son of Escobar: First Born. He also currently lives in Mallorca, where he makes a living as a hyper-realist painter and visual artist.

SEE ALSO: The Philadelphia Museum of Art Will Reopen Soon, But With Many Limitations in Place

“Phillip has exhibited in numerous countries and his paintings are held in many important private collections,” his website’s statement explains. “In his current available collection, there are views of castles, marinas and many well-known landscapes from different corners of the world, all exquisitely and faithfully painted.” Indeed, the paintings made available on his website show a hyper-focused eye for detail when it comes to lush landscapes. Witcomb paints flowers, the ocean and blue skies with sensitivity akin to a camera’s sharp lens.

Throughout his turbulent and extraordinary life, Witcomb has gone through periods of intermittent depression and gratitude for the fact that he was spared growing up in an environment defined by the cocaine trade. Instead, he was nurtured by middle class British parents and didn’t learn the truth (that his father was Escobar and that his mother died in a shootout at the age of 14) until he was 24 years old.

Witcomb also shared that he’s encountered other people throughout his life who might possibly be his siblings. “I will say I have been contacted by two other people who are quite sure that he was their father and I’ve embraced that,” Witcomb told i News. “For me, it’s not an issue. The more the merrier. Happy days.” 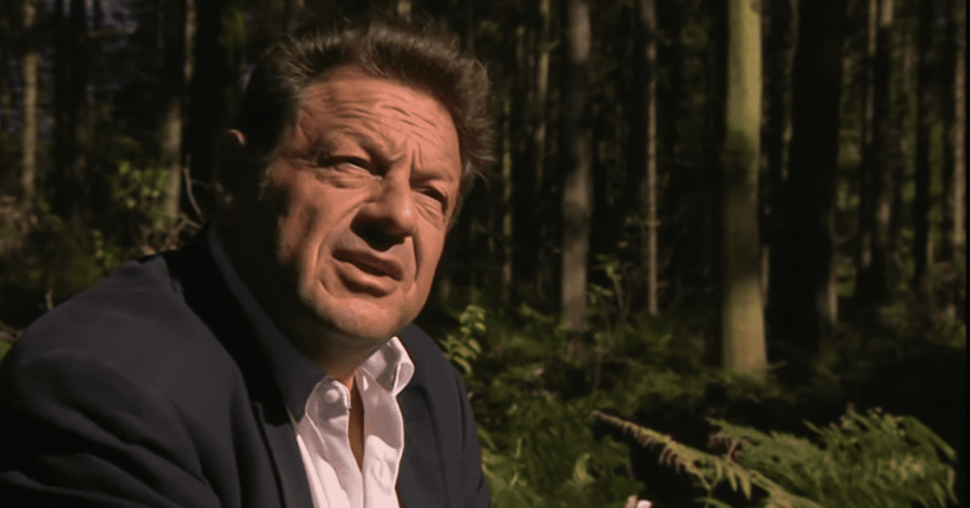