In December of 2019, Shakeel Ryan Massey, a 20-year-old man in London, was charged with attacking a painting by Picasso worth 20 million pounds at the Tate Modern. The painting in question, Bust of a Woman (1944), was subsequently ripped and Massey was swiftly apprehended by authorities. Now, according to new reports, Massey has been sentenced to 18 months in prison, which coincidentally is the same amount of time that experts estimate it will take for the Picasso masterwork to be completely restored. Additionally, according to statements from the court, there can be no mistaking the incident for an accident: what Massey did was certainly deliberate.

Pablo #Picasso, Bust of a Woman, 1944. Portrait of the photographer Dora Maar.

“[Massey] dropped his coat on the floor and rushed towards the painting, punching the artwork and causing the protective glass to smash and ripping the painting in the middle,” prosecutor Ben Edwards told the court, according to The Art Newspaper. The painting, which was on loan to the Tate from a private collection when Massey attacked it, depicts Picasso’s lover and muse Dora Maar, and it was made during the Nazi occupation of Paris in 1944. Massy was armed with padlocks and had wrapped his hands in preparation for smashing the work’s protective glass, according to the Evening Standard. He reportedly told a security guard he was carrying out a performance.

“We thank the court for their careful consideration of this case and have noted the outcome,” the Tate Modern said in a statement. “The work is undergoing a period of conservation.” It is currently valued at £20 million ($26 million).

In the art world, random civilians assaulting a painting or incidents of someone being assaulted with a painting is actually more common than one might initially believe. In 2018, the legendary performance artist Marina Abramović was hit over the head by a a Czech-born aspiring artist named Vaclav Pisvejc. Pisvejc ran up behind Abramović and struck her with a portrait he had made of her; Abramović was unharmed but the incident immediately went viral. The destructive instinct is as integral to art-making as the creative instinct, but hitting a Picasso in the middle of a prestigious museum just seems like an extremely bad idea all around. 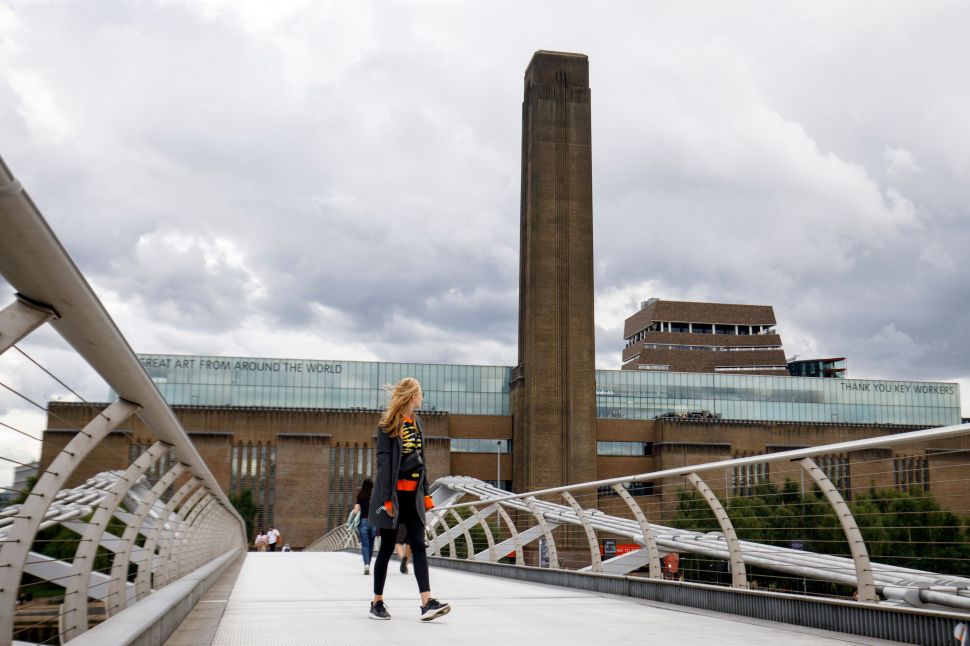