After months of isolating at Windsor Castle, Queen Elizabeth and Prince Philip made their way to the Scottish Highlands for their annual summer vacation. The Queen and the Duke of Edinburgh, accompanied by the monarch’s beloved dorgis, took a private plane from Windsor to Aberdeenshire last week, and were then taken by car to Balmoral Castle.

Queen Elizabeth usually spends the time from July through early October at Balmoral, but her trip was delayed this year due to the coronavirus pandemic. She relocated from Buckingham Palace to Windsor in March, and depending on the state of the COVID-19 crisis, may extend her time in Balmoral past October this year.

The Queen and Prince Philip lived in a “Windsor bubble” for the past few months, surrounded by a skeleton staff of the same 22-ish people, with everyone painstakingly following coronavirus prevention protocols.

The royals aren’t getting lax about isolating now that they’ve moved residences, as they are now living in a “Balmoral bubble” in Scotland, with the same staff members and distancing regulations. Since they did, however, attend Beatrice’s nuptials, it seems safe to say that family members will be visiting the Queen at Balmoral this year.

All the activities at Balmoral will be outdoors this year, but that shouldn’t be an issue, since the usual excursions like shooting, fishing and riding (Queen Elizabeth does love her horses!) are all already outside. And, of course, plenty of picnics with Prince Philip manning the grill.

Prince Charles and Camilla Parker-Bowles are already in Scotland, at their Birkhall estate, so they will likely be the first visitors, per Express.

All the royals will reside in separate houses on the Scottish estate, as no one is allowed to stay within Balmoral Castle. Prince William and Kate Middleton, who are expected to bring Prince George, Princess Charlotte and Prince Louis to Balmoral for a family reunion this month, usually stay in a three-bedroom cottage near Prince Charles’ home. Since the Cambridges are now a family of five, they need the extra space.

Prince Harry and Meghan Markle, however, probably won’t be able to make the trip back across the pond this summer, as they’re now living in Los Angeles, which is experiencing a major surge in coronavirus cases.

Princess Eugenie and Princess Beatrice will both likely make their way to Scotland soon, too, with their husbands. Princess Beatrice and Edoardo reportedly want to throw a big party to celebrate their nuptials later this year, but a little (socially distanced) family fête at Balmoral is a good way to start. 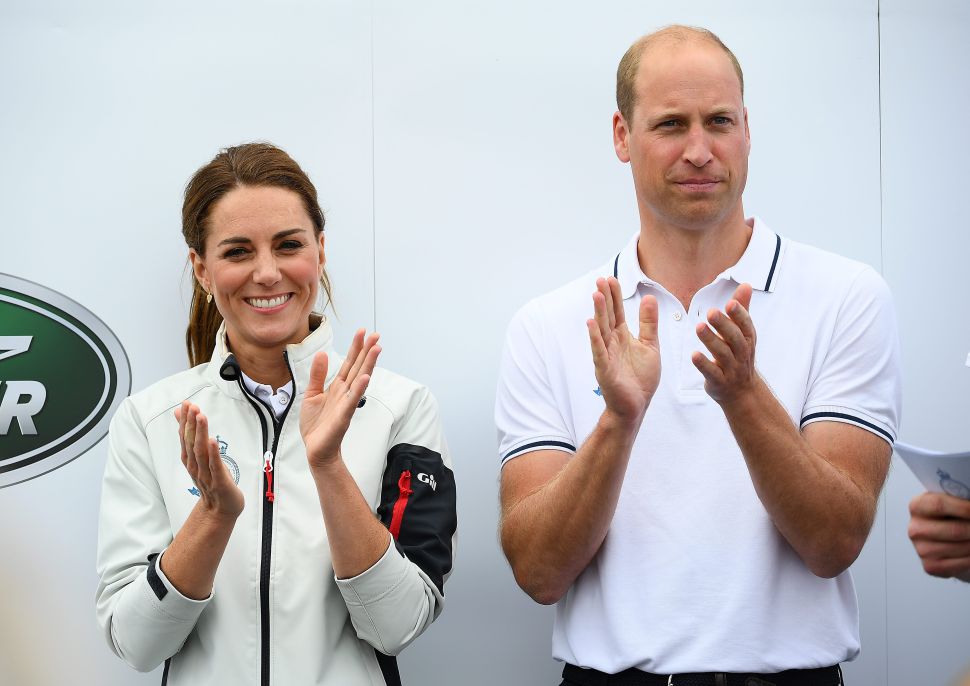