The Italian Renaissance master Raphael died centuries ago, but new research from Tor Vergata University in Italy has been able to provide fresh clues about what led to his demise. Scientists at the university were recently able to make a 3-D plaster cast of the skull of a skeleton that was originally exhumed at the Pantheon in 1833; for a long time, it was unclear whether the skeleton definitively belonged to Raphael. However, these researchers have now compared the plaster cast they made to self portraits made by Raphael and portraits of him that were painted by others and concluded that the skeleton is certainly Raphael’s.

“This research provides, for the first time, concrete proof that the skeleton exhumed from the Pantheon in 1833 belonged to Raffaello Sanzio and opens the paths towards possible future molecular studies aimed at validating this identity,” Olga Rickards, a molecular anthropologist at Tor Vergata University, told the Guardian. Coincidentally, this summer has also been a fruitful one when it comes to understanding new things about Raphael’s life: back in July, historians at the University of Milan-Bicocca revealed in a new study that the artist did not die because of syphilis, which was a widely-believed misconception. Instead, the historians reconstructed the circumstances leading up to the artist’s demise and found that Raphael, who was likely suffering from pneumonia, was further weakened and ultimately killed by bloodletting.

Bloodletting, the ancient practice of letting someone bleed freely as a way of curing illness, was of course completely ineffective and ultimately harmful. “But we are sure that bloodletting contributed to Raphael’s death,” Michele Augusto Riva, who co-authored the study, told the Guardian in July. “Physicians of that period were used to practicing bloodletting for the treatment of different diseases, but it would not generally be used for diseases of the lungs. In the case of Raphael, he did not explain the origin of the disease or his symptoms and so the physician incorrectly used bloodletting.”

Raphael was also only 37 years old when he died, but the paintings he produced in his brief lifetime were brilliant enough to keep scientists fascinated even centuries later. 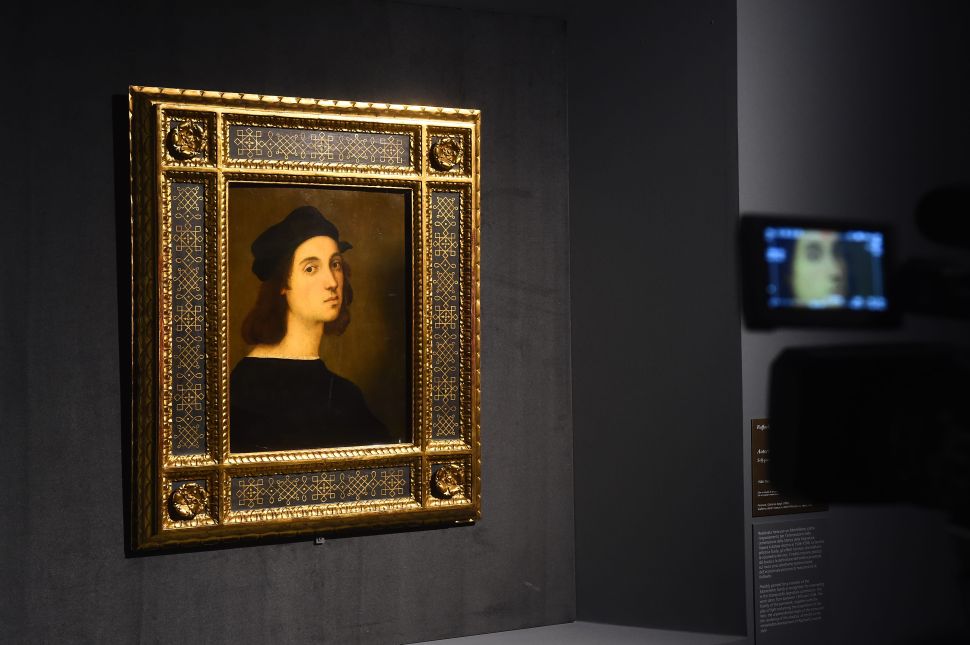