We are what we care about. And if what we care about can only exist in our mind, how does life unfold? In Raven Leilani’s hilarious and very moving debut, Luster, the protagonist is Edie, a young Black woman whose overwhelming desire to live and love is met with abject resistance. Edie has a deep curiosity and roguish, devastating insight about the world––nothing escapes her eye. And yet, despite this hyper-awareness, we meet her at a dead-end, thankless job, at which she has disgraced herself, she says, by becoming “the office slut.” We watch her, agonizingly, as she enters into a relationship with a middle-aged white man, Eric, who has just opened his marriage. Before they have sex, he pulls out a piece of paper, upon which are jotted the rules of the game, drawn up by his wife, Rebecca. Edie ignores every single one of these conditions, and by doing so, ends up being invited to stay with the family in New Jersey.

Corresponding with Observer over email, Leilani shares that Edie’s caring and yearning was the starting point. “I think because I wrote in first person, from the point of view of a Black woman, the dissonance between her interior life and exterior performance can read purely as irony,” she says. “Her detachment, the distance between who we see and how she comports herself in public—sex is a great way to collapse that—but there are moments this separation exists because she cares so much, in an ugly, uncool way.”

Edie is stunned to discover that this very white and unhappy couple have an adopted Black twelve-year-old daughter, Akila. Eric and Rebecca both have satisfying careers, each highly detail-oriented––he is an archivist and she is a forensic pathologist––and Akila is a girl who has been shunted between foster homes, finally landing in a spot with two people who don’t know how to love her, protect her, or do her hair. She is understandably jaded and cruel, but it is Edie who, snooping around, locates her secret, well-written fanfiction about her beloved action figures. Edie herself is an artist, one who cannot create to fulfilment, even when alone. She tries and tries, usually as a way to punctuate the end of another exhausting and disappointing day, but as we learn more about her, we understand that grief has blurred her heart. She can see everything, except herself.

Whenever she sits down to paint, the pathway between her and a finished work is corrupted. About this, Leilani says, “There’s a second level to this, which is that she is a Black woman, so it is crucial to her survival that she be studious, and I think, sadly, that her self awareness is a function of managing how people are aware of her. Her inability to harness her power comes from this too, the distortion of seeing yourself primarily through other people’s eyes.” Leilani herself is an accomplished painter, and she describes the practice as her first heartbreak, the first medium through which she was anxious to speak, but felt undermined by a lack of skill: “Failure is demoralizing but instructive, and I’m obsessed with the question of how an artist might still persevere.”

But take look at Leilani’s website, and you’ll see that she has bridged this divide. In Luster, it is the most unlikely pairing that gives way to renewed authorship. Rebecca, who says out loud that she never even wanted to be a mother, is a privileged woman who has sublimated her rage into order, information, and data. She becomes a muse of sorts to Edie, whose potential, eroticism, and instinct is unendingly, violently thwarted simply by being Black. The miserable wife ends up feeling protective and maternal; the lost, frustrated artist re-encounters herself on the canvas.

“One of the biggest challenges of writing this book was balancing that relationship,” explains Leilani. “I wanted to make room for contradiction, because to me that is more true and more human. To have made her more overtly villainous would have been a disservice to how insidious that violence can be, how that subtlety breeds a devastating kind of uncertainty. And Edie feels that—the madness of trying to parse ordinary violence.” She says she conceived this duet in a space of seriousness and rigor. “So much of the intensity between them is coming from this affirmation of want, but also they are ultimately both studious people, and a certain degree of observation can easily become its own intimacy.”

Leilani has an uncanny, genius way with sentences. Her more humorous lines  unravel and fork like snake tongues into many directions at once; but in moments of absolution, they strike like a burning torch. Throughout this book, despite her self-loathing and destructive behavior, I always felt that deep down, Edie truly knows that she has something very special, very powerful, if only she could look directly at it. I recognize this as a distinctly human fate, particularly for women.

I asked Leilani how she views the practice of writing in relation to the feminine. In her response, she namechecks both the Italian Baroque painter, Artemisia Gentileschi (whose seminal work is described in Luster), and the comedian Jacqueline Novak: “She has a super brilliant bit where she kind of struts around the stage as her act is beginning, and she takes up space and makes you culpable in that objectification before she begins this absolutely blistering deconstruction of the demands of femininity. She talks explicitly about being in a woman’s body, about the way it upstages the mind. She says something like: as a woman, it’s an embarrassment to be incarnate. And that is one of the funniest, most brutally true things I’ve ever heard. I return to that often, the indignity and rage in having so much to give, and having to first fend off the forces that work to reduce you.” With this novel, Leilani gives these tensions a new, vital energy. 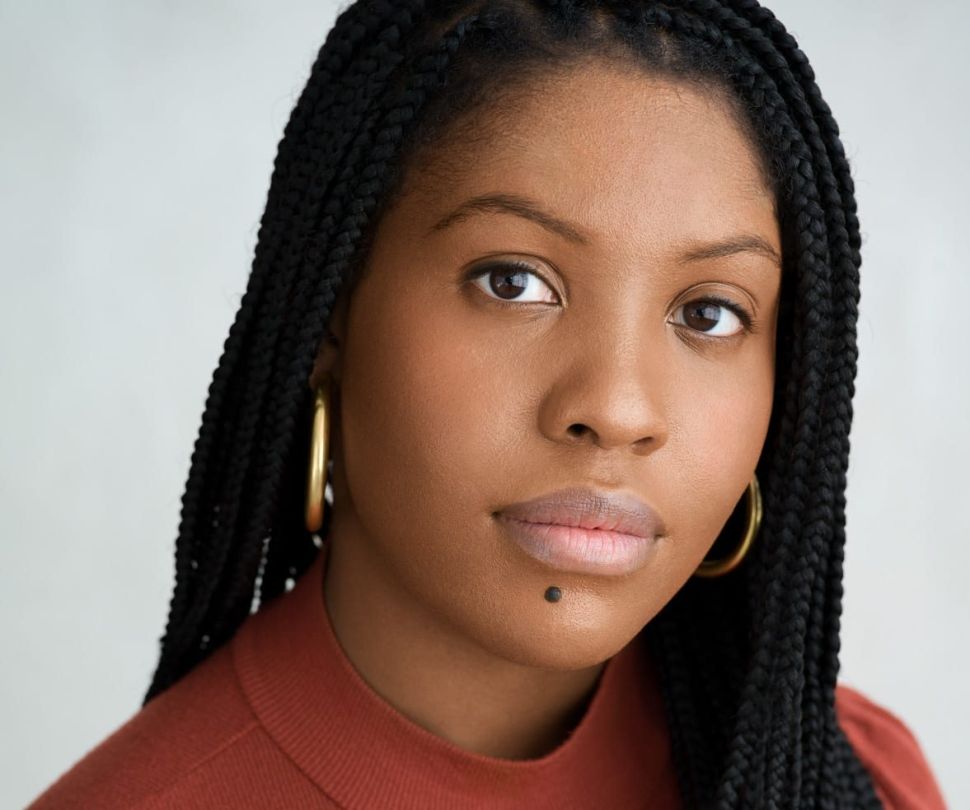