SpaceX’s Friday launch sent up the 10th batch of Starlink satellites, a number that does not include two “Tintin” test satellites launched in February 2018. To date, the Elon Musk-owned space company has deployed 595 Starlink satellites into Earth orbit. About 500 of them are functioning, making the constellation large enough to provide internet service to some locations on Earth.

Select users in the U.S. and Canada will be able to test the service as soon as this summer, SpaceX recently said. The company plans to provide basic internet access in North America by the end of this year and achieve global coverage, which would require about 14 more launches, by 2021.

SpaceX has planned two more launches in August and a third mission in September. Here’s what they’ve done so far:

Past Starlink Missions and Payload

Mission Tintin on February 22, 2018: two test Starlink satellites, Tintin A and Tintin B

Mission v1.0 L7 on June 4, 2020: 60 Starlink satellites (including a test “VisorSat” that wears a sunshade to reduce brightness.)

How to See Starlink Satellites in the Sky

Early in the Starlink mission, the brightness of those satellites caused concern for astronomers because they would sometimes block scientific observation. To address that problem, SpaceX added a sunlight-blocking visor on top of all satellites starting June 13. That first batch of “VisorSat” are still reaching their operational orbit. The 57 satellites in Friday’s payload are also equipped with visors.

That means only satellites launched before June 13 have a chance of being seen with the naked eye. As with most stargazing activities, your best chance to see Starlink is about 30 minutes before sunrise or 30 minutes after sunset. They should appear as a string of pearls moving across the night sky.

There are multiple Starlink tracking apps and sites, including Star Walk’s Satellite Tracker, Heavens-Above.com, and CalSky, that will tell you when and where to look depending on your location. 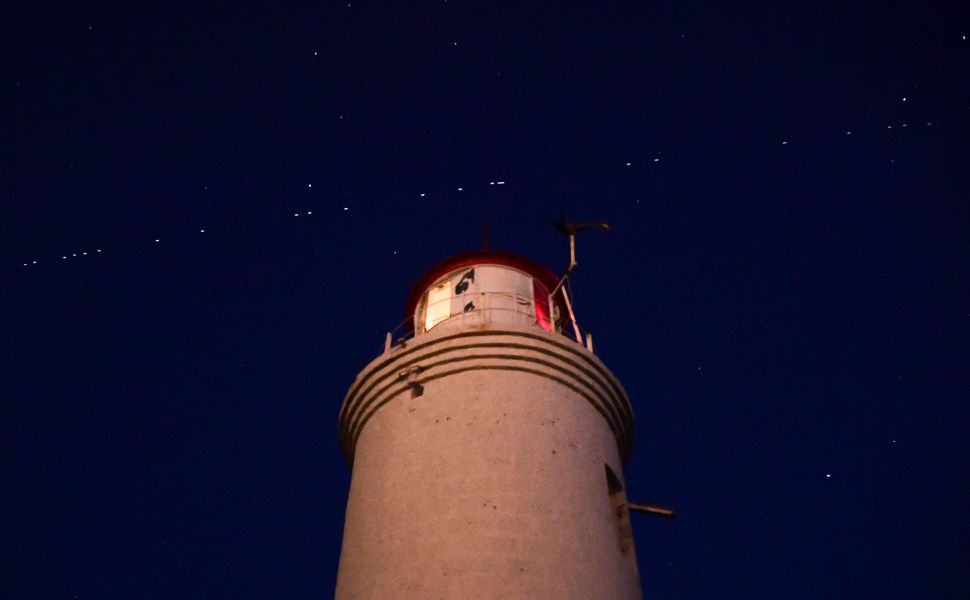