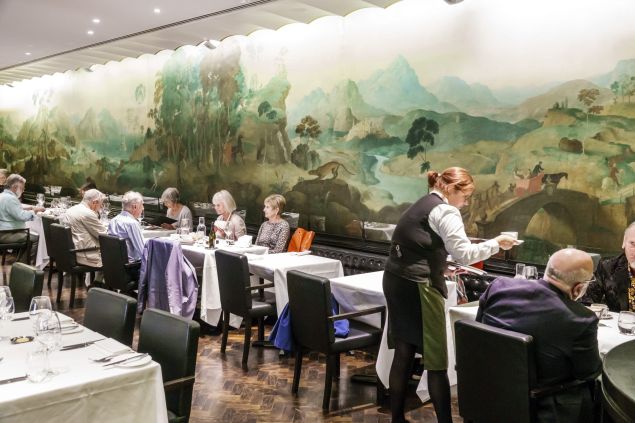 Many of the institutional reckonings that have been unfolding within the art world this summer have begun on Instagram, and a recent callout of the Tate Britain museum is no exception. Last week, an arts website called the White Pube used its social media account to draw attention to a mural adorning the walls of a restaurant in the Tate Britain called The Expedition in Pursuit of Rare Meats. The mural, which was commissioned by the Tate’s director in 1927 and completed by the artist Rex Whistler, presents a visual narrative, part of which depicts Black children being pursued, enslaved and chained behind a horse and buggy. Yesterday, the Tate responded to the renewed furor, but didn’t necessarily commit to removing the mural.

After the White Pube’s Instagram post pointed out that the Tate’s official website referred to the restaurant where the mural resides as “the most amusing room in Europe,” the museum amended its official description of the mural. Now, the webpage reads, “it is important to acknowledge the presence of offensive and unacceptable content and its relationship to racist and imperialist attitudes in the 1920s and today.” However, a Change.org petition launched in the wake of the initial Instagram callout is still advocating for the removal of the “racist and harmful” mural altogether.

Trigger warning: paintings of black children in slavery. In the basement of Tate Britain, there is a fancy restaurant for rich people with a 'specially commissioned mural' titled 'The Expedition in Pursuit of Rare Meats' and the painting, by Rex Whistler, that goes right around the walls of said restaurant features unicorns and different animals alongside black children in chains being pulled along by white people on the hunt. The screenshot above is the only text on the Rex Whistler restaurant page and … i'm sorry what. How does this restaurant still exist? What interior decoration is THIS? How do these rich white people still choose to go there to drink from 'the capital's finest wine cellars' with some choice slavery in the background? @Tate you are all deranged. I have no words.

“Tate has been open and transparent about the deeply problematic racist imagery in the Rex Whistler mural,” a spokesperson for the museum said in a statement made to The Guardian. “In the context of the mayor of London’s recently announced public realm review, we welcome further discussion about it. Having been commissioned for the restaurant walls in 1927, the mural was one of the artist’s most significant works and is part of a Grade I-listed historic interior. But it is important to acknowledge the presence of offensive and unacceptable content and its relationship to racist and imperialist attitudes in the 1920s and today.”

As work is being done all over the world to undo centuries of racism and discrimination, institutionally sanctioned statements such as these feel insufficient. Many works of art contain content that is “offensive and unacceptable,” but Expedition in Pursuit of Rare Meats is a mammoth (and grotesquely named) mural that diners have stared at for decades while eating; tacitly accepting what they’re seeing. Allowing the mural to remain in place seems like a fundamental misunderstanding of the sweeping changes that are being asked for. 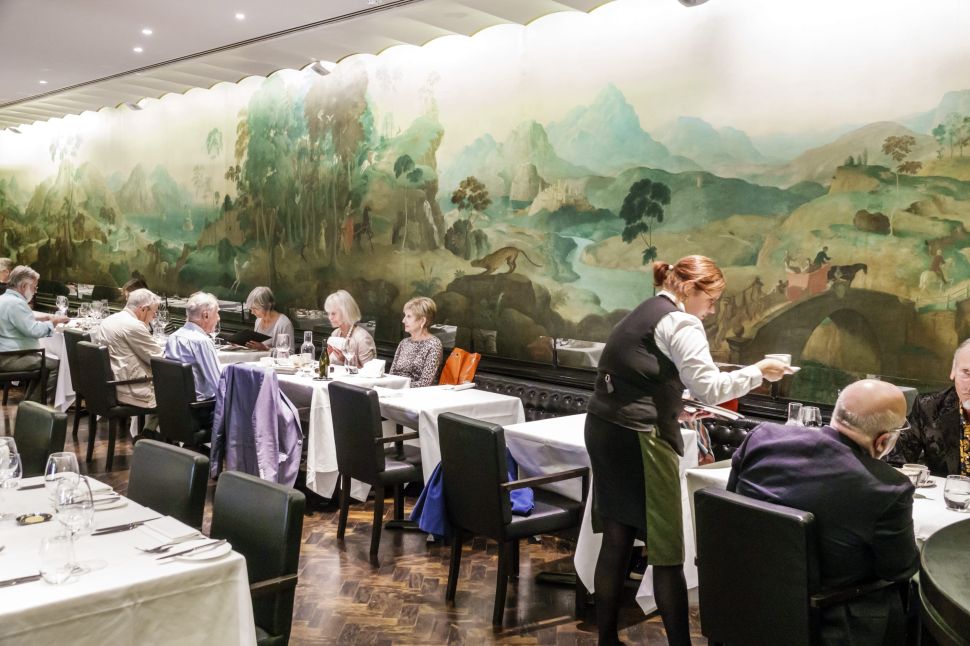