It’s a curious fact of human nature that time and again, teenagers and young people are discounted despite the fact that they have an enormous amount of potential to offer. This truism was proven recently by a pair of teenagers who discovered 424 pure gold coins during an archaeological dig in central Israel that was organized by the Israel Antiquities Authority. The extremely rare coins, which were found to be approximately 1,100 years old, were concealed inside a clay jar and have been attributed to the Abbasid period; the teenagers happened upon them while participating in the volunteer excavation.

SEE ALSO: How a 14th-Century Statue of the Virgin Mary Was Discovered by a Fisherman in Spain

“I dug in the ground and when I swept away the soil, I saw what looked like very thin leaves,” Oz Cohen, one of the teenagers responsible for discovering the gold, said in a statement to the news source Haaretz. “When I looked again I saw that they were gold coins. It was really exciting to find such a special and ancient treasure.” Additionally, the coins cumulatively weigh 845 grams in total and some of them have unique designs that tie them to the Byzantine empire. “Finding gold coins, certainly in such a considerable quantity, is extremely rare,” IAA archaeologist Liat Nadav-Ziv also told Haaretz. “The person who buried his treasure 1,100 years ago must have expected to come back to retrieve it. What prevented him from returning to collect his property? We can only guess.”

Because of potential threats of theft from treasure hunters, the Israel Antiquities Authority is working to keep the exact location of the discovery under wraps to avoid looting or rubbernecking. However, reports state that the dig was conducted around the area of Yavneh, which is south of Tel Aviv, before a period of planned construction. 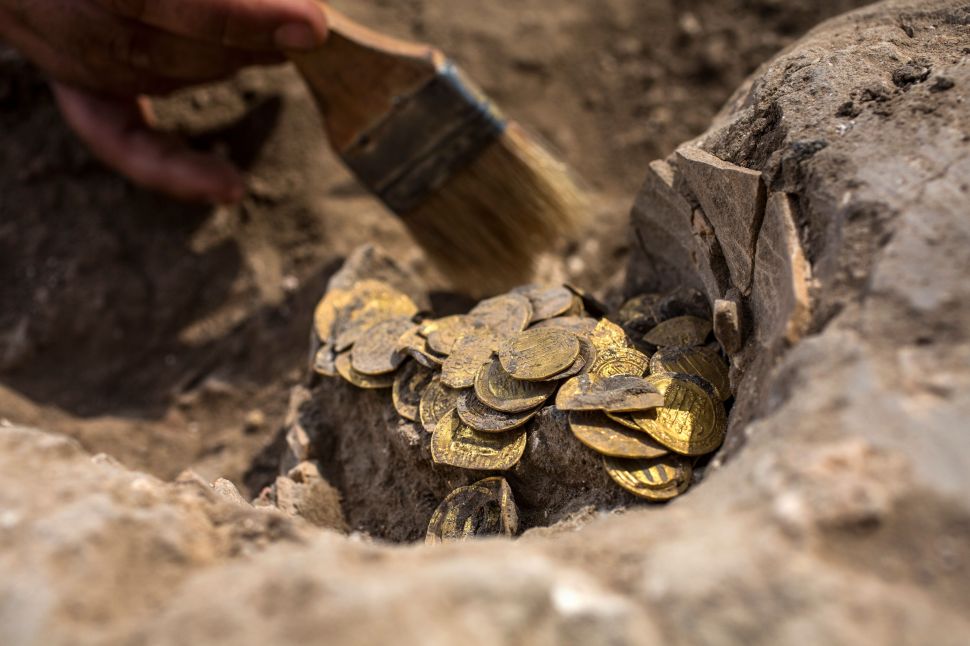