Christopher Nolan’s long-awaited time travel blockbuster Tenet will arrive in international theaters this weekend before opening across the United States in certain regions on September 4. With a hefty $200 million budget, box office experts agree that the expensive spectacle will need to notch at least $450 million at the worldwide box office in order to break even. But, is such a total even possible in the midst of a global pandemic?

Only around 50% of the world’s movie theaters are open in some capacity at the moment. Tenet will arrive in the United States on around 2,000 screens; for comparison, Nolan’s Dunkirk opened on more than 3,700 screens in 2017. However, it will play across roughly 75% of available screens in an attempt to offset that. But even more troubling, Tenet will likely open without New York and Los Angeles (where theaters remain closed), which can account for between 10% and 20% of a film’s entire domestic gross. After Warner Bros. and Nolan’s arguably dangerous crusade to push audiences back into theaters with Tenet, the moment of truth is finally upon us.

“Tenet is Hollywood’s big box office test, no doubt about it,” Jeff Bock, senior box office analyst at Exhibitor Relations, told Observer. “Don’t call it a pop quiz, since the results of this test will be the definitive grade for the domestic box office future for the rest of 2020. As Tenet goes, so too does the entire 2020 slate. If it does well, expect Wonder Woman 1984 in a month, if not…well we may be looking at PVOD until 2021. That’s no small load to shoulder.”

Over Nolan’s 10-film career prior to Tenet, his films have scored an average of 86% on Rotten Tomatoes. As of this writing, his new feature sits at 83% amid positive but divisive critical reactions. “Tenet both does and does not meet its lofty expectations,” wrote Observer’s own critic Emily Zemler. Given the avalanche of complications already facing a return to movie theaters due to the coronavirus, will the somewhat tepid reviews dull audience interest?

“I don’t think so,” Paul Dergarabedian, Comscore’s Senior Media Analyst, told Observer. “This movie has had a huge buildup to the crescendo of its release. That gives it a cachet that goes beyond reviews and normal dynamics that belong to any other movie. This is not just a movie; this is a Christopher Nolan movie.”

Across its upcoming five-day international opening, Tenet is expected to earn $25 million with some optimists projecting $30 million-plus, according to Deadline. However, the outlet notes that expectations and projections are just guess work in these unprecedented circumstances. Nolan is the rare filmmaker who has become a brand unto himself; a director who can attract audiences on name power alone. But after his single-minded months-long push to relaunch traditional movie-going, is his brand positioned to take a hit if Tenet disappoints financially?

“If Tenet does indeed underperform, I doubt Nolan’s stock will fall if at all, however, if his latest does amazing business, his stock will soar within the industry,” Bock said.

Moviegoing has changed dramatically over the last 40 years. Once upon a time, multiplexes would play every available mainstream title. Now, these theaters play the one or two biggest films across multiple screens. This is partly why the opening weekend has become the ultimate deciding factor in a film’s financial fate (and why Disney has thrived), which isn’t healthy for the industry. But Tenet will receive a staggered rollout reminiscent of movie openings of the past. As such, we won’t be able to properly evaluate the film’s box office results for months.

“Opening weekend is still important, but its long-term run will be the real barometer of which we judge its success,” Dergarabedian said. “We won’t be able to judge success in terms of sheer box office until a few months from now with final numbers tabulated. Opening weekends are not what they once were in these circumstances.” 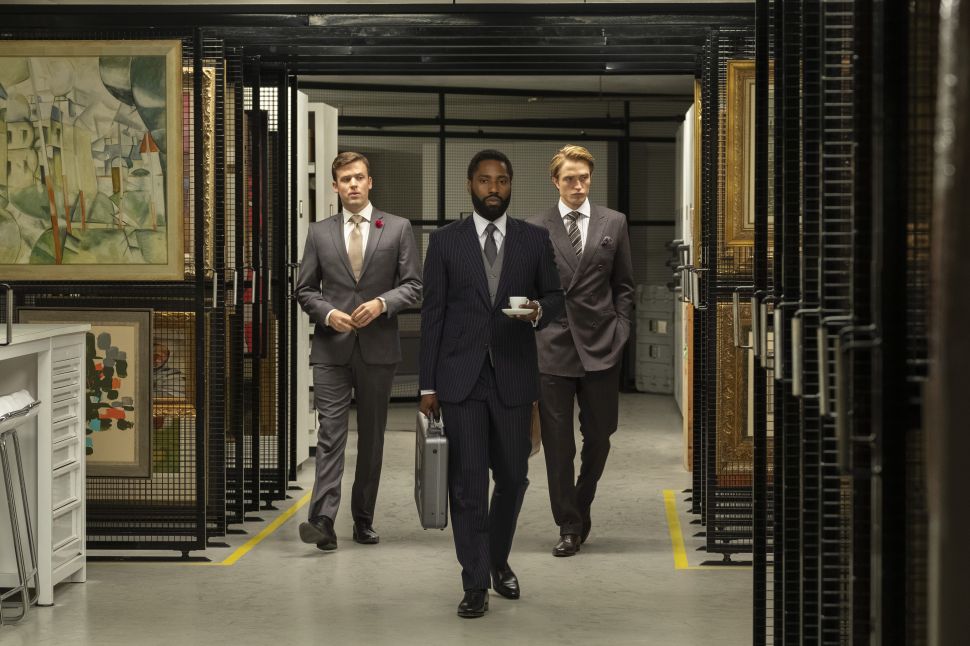